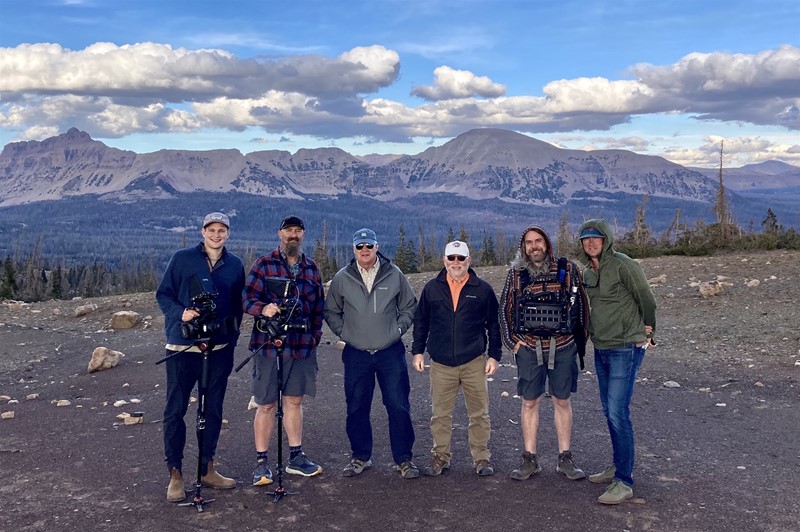 The next film is getting close. The title will be "Is Genesis History? Mountains After the Flood".

We have one or two segments to film, animation and graphics to produce, narration and all the other finishing work that is required before a film can be released.

I'm really excited about this work! I was once again blown away by the intelligence and professionalism of these amazing creation scientists. The crew photo above was taken during a shoot before the Uinta Mountains in northeastern Utah. I was interviewing Dr. John Whitmore about what the world was like when these mountains arose and what forces were at play after the Flood as they uplifted and massive erosion carved the earth's surfaces--forces that ultimately gave us the various continents and the incredibly beautiful geology that we see all over the world.

I hope you will be as thrilled with it as I was in its making.

However, we still have much to do. The funding for this film has been out of pocket by the producer, Thomas Purifoy and Compass Cinema. But those funds are used up and we need a little help to get to the finish line. A crowdfunding site has been created to raise the rest. Thomas has put up some pretty interesting incentives! Go here to check them out: Mountains After the Flood Crowdfunding. And, Thomas introduces the upcoming film here: The Sequel to "Is Genesis History?"

Thanks for your help and consideration. At best, please pray for the completion of this film. We will be revealing some findings that should call into question the entire geological timetable. Enough said.