If Jesus Rose from the Dead, then (#14) He Must Have Existed 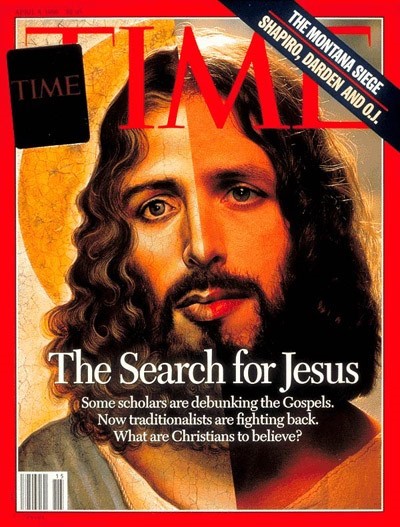 A recent survey in Britain showed that 22% of Brits don’t believe that there ever was a real Jesus… that it is all fake, some kind of a myth or made-up deception.

This is fascinating, for the vast majority of historians find the evidence compelling that there really was a Jesus of Nazareth. What is going on here? It is increasingly possible that you will find one of your neighbors believes the same. How do we respond to them?

Let’s look at it.

There are significant historical references to Jesus:

Tacitus writes that Jesus “suffered the extreme penalty during the reign of Tiberias” and at the “hands of… Pontius Pilate”. Annals 15:44

Josephus writes about James “the brother of Jesus, who was called Christ.” Antiquities 20:9

Other historical references to Jesus come from Suetonius, Thallus (via Julius Africanus) and Pliny the Younger.

Celsus thought Jesus a villain, but he didn’t question whether or not He lived.

Even the Jewish Talmud speaks of Jesus being “hanged (on a tree) on the eve of the Passover” Sanhedrin 43a, Lucian writes of Christians worshipping their “crucified sage”, and Mara Bar-Serapion, maybe as early as late first century, writes this in a letter to his son:

“What advantage did the Jews gain from executing their wise King? It was just after that their kingdom was abolished… Nor did the wise king die for good; he lived on in the teaching which he had given.”

Justin Martyr in mid-second century calls his readers to check out The Acts of Pontius Pilate in which the miraculous acts of Jesus and His resurrection are attested.

Phlegon (via Origen and Julius Africanus) wrote of Jesus’ death and resurrection and the earthquake and darkness at the crucifixion.

Nothing, however, is quite as compelling than the documents which chronicle the life of Jesus (Matthew, Mark, Luke and John) and the writings of Paul, James, Jude and Peter. Some would try to discount the gospels because they were written by followers of Jesus, but this is a very weak charge. If we were to toss all histories because the writer was not perfectly neutral toward his subject, we would be left with virtually no history. Paul was initially hostile toward those who within a few years were following a man named Jesus. He became a believer and then spent time with eyewitnesses like Peter and James, the brother of Jesus. His writings are filled with testimony regarding the existence of Jesus of Nazareth, especially His death and resurrection.

The key point is that there is more than sufficient evidence to support the existence of Jesus.

So why the push-back?

It might be of value to ask the question, why do people spend time trying to prove Him non-existent? There are societies of “mythicists” whose sole purpose is to prove Jesus is merely a myth and legend. The Jesus Project was founded not long ago for the purpose of debunking the historical Jesus. There have been numerous books written whose object is to deny the historicity of Jesus. For years, it seemed that every Easter, Time and Newsweek were obsessed with debunking Him. This should be eye opening. Why dedicate so much press to this? Why build a campus club for this purpose? Why are there not societies formed to debunk the existence of Plato or Aristotle or King Arthur (whose existence is certainly questionable)?

Much the same can be said for those who “need” to deny the existence of Jesus. It is not driven so much by fact as it is driven by desire. I have watched the debates. The rebuttal to the evidence is extremely weak and contrived. In reality, the vast majority of honest historians, whether or not they believe the claims of Jesus, are convinced the evidence of His existence is overwhelming.

“Jewish rabbis who did not like Jesus or his followers accused him of being a magician and leading people astray, but they never said he didn’t exist.”

When you begin to build a deep relationship with your neighbor and they happen to be a historical denier of Jesus, keep in mind that it isn’t so much an intellectual issue as it is a heart issue.