We Will See You Soon, Ravi 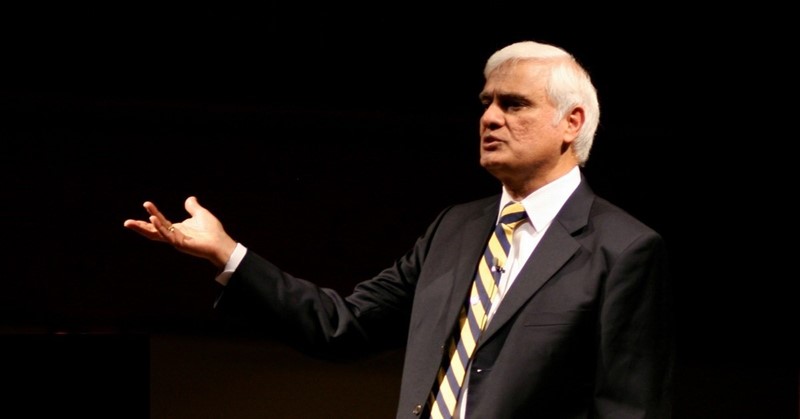 We mortals who remain are left with a hole when someone dear departs. And when someone like Ravi leaves, there are an innumerable number of holes left all over the world. There are very few men who are identified merely by their first name.

We were together a few months ago, when Ravi insisted on fulfilling a promise he made to me several times over the many years I have been laboring to bring the Engagement Project to fruition. He never failed, when we met, to tell me that wherever he went, people would come up and mention they had been introduced to him in the Truth Project. When we spoke of this next small group series, he was anxious to be a part of it.

Yet, when we finally got around to it, Ravi was already starting his surgery protocol. I told him he didn’t have to do the filming interview, but he insisted that he wanted to do it.

This was the man, Ravi. Others were always his focus, not himself.

I mourned when Francis Schaffer was gone. I complained to God that He had made a mistake and we needed him here. When Chuck Colson left and then R. C. Sproul, I did the same. Both had promised to be part of this next filming. They didn’t make it… or we were too late.

I am beginning, however, to realize that not only does the Lord prune us individually, but He also prunes the body of Christ.

When the Lord takes someone home who has been of great worth in the Kingdom, it is because He is looking to see a multitude of others sprout forth in his place.

But that is the whole point, is it not? God has made you for a unique and divine purpose, just as he had made for Ravi and took him from skeptic to bold and powerful witness. There is a unique purpose for you in His Kingdom. If you say, well I am not a Ravi, then you are right. But, if you are in Christ, then you are just as valuable to the Kingdom, for you have a unique role to play within it that God has ordained for you.

Now is the time to fulfill that role. We need you more than ever.

To a great extent, when Jesus left, He left so that we would do “greater works”. The apostles most certainly could have complained to Jesus that we needed Him to stay. Jesus most likely would have just smiled at them and said that He had to go or they would just continue to follow Him around and watch Him do things instead of fanning out and changing the world, which indeed they did.

I will weep for the loss of Ravi, but Ravi would say, “Don’t weep for me! I am on the other side of the Door and it is perfectly blissful here! Instead, pray that others will now stand.”

We will miss you greatly, dear sir. May we be found worthy to be left behind. See you soon, in the twinkling of an eye.