If Jesus Rose from the Dead, then (#36) After Departing He Would Have Sent the Holy Spirit 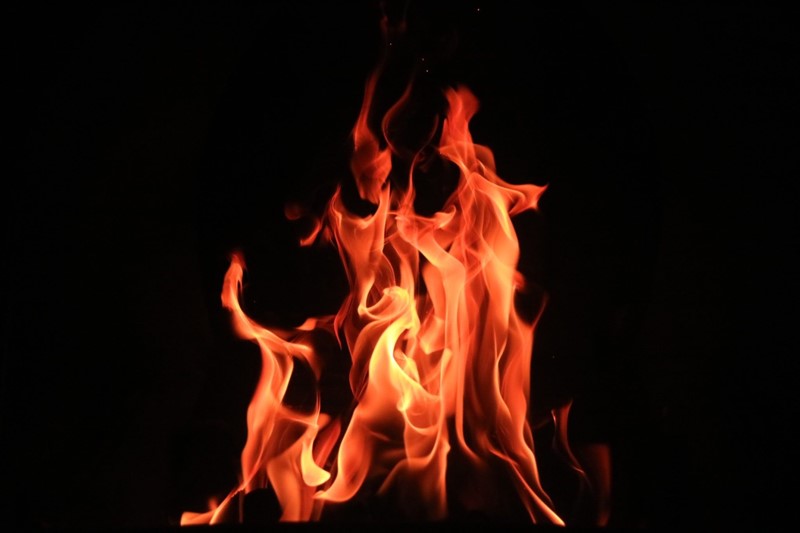 Today is Pentecost. It marks the day when Jesus fulfilled the promise that He would send the Holy Spirit to dwell in us after He left. It is hard not to list this event at the top of the “most-incredible-events-of-all-time”. Is it possible to even begin to contemplate the full reality that the infinite, holy, omnipotent God of the universe has determined to dwell within me?

And yet, He does.

Do you not know that you are God's temple and that God's Spirit dwells in you? 1 Corinthians 3:16

Remember after Jesus rose from the dead, and after meeting with the disciples in Galilee, He instructed them to wait in the city until the Holy Spirit came upon them:

And while staying with them he ordered them not to depart from Jerusalem, but to wait for the promise of the Father, which, he said, “you heard from me; for John baptized with water, but you will be baptized with the Holy Spirit not many days from now.” But you will receive power when the Holy Spirit has come upon you, and you will be my witnesses in Jerusalem and in all Judea and Samaria, and to the end of the earth.” Acts 1:4-5,8

There is a lot in this foretelling by Jesus. Next time we will look at the work of the Holy Spirit within us, but it is worth pondering what Jesus was telling the disciples what would happen when the Spirit came upon them.

First, this was going to be a “baptism”. John the Baptist used water; God was now going to use the Holy Spirit. We might think of this as the “sealing” that we read about in several places, including this in Paul’s letter to the Ephesians:

In him we have obtained an inheritance, having been predestined according to the purpose of him who works all things according to the counsel of his will, so that we who were the first to hope in Christ might be to the praise of his glory. In him you also, when you heard the word of truth, the gospel of your salvation, and believed in him, were sealed with the promised Holy Spirit, who is the guarantee of our inheritance until we acquire possession of it, to the praise of his glory. Ephesians 1:11-14

Second, they were going to receive power. I don’t know what the disciples might have thought about this when Jesus said these words. For most of the world, if you were told you were going to be granted “power”, your thoughts might go to a number of worldly ways that you might wield it. But the Holy Spirit brought a different kind of power to God’s people. Just think back to what we saw in Peter and John soon after Pentecost. They were arrested and brought before the entire Jewish authority, placed in the center and told to stop speaking in the name of Jesus. These were the guys that were huddled together in fear behind locked doors not too long prior. These were “uneducated”, common fishermen. But now, filled with the power of the Holy Spirit, they spoke boldly and courageously in the lion’s den and were willing to face death rather than recant.

And third, the Holy Spirit was going to make them witnesses of Jesus. And that witness was going to be “in Jerusalem and in all Judea and Samaria, and to the end of the earth”. This didn’t mean that those disciples were going to personally go to Katmandu and Lima and Possum Trot, Kentucky. It meant, just as God had ordained from the very beginning when He created Adam and Eve and told them to be fruitful, multiply and fill the earth, that the disciples would be witnesses who would spawn other witnesses who would, in turn, spawn others until the witness of Christ would reach the ends of the earth.

So, who is this? Who has taken up abode within us?

We normally think of the Holy Spirit, and that would be proper to do so for it is this “third” person of the Trinity who is primarily at work within us. But, we would be remiss if we didn’t remind ourselves at this point that God is truly One. We examined this at the Ascension, but let’s review it, for it is critical to our thinking.

First, Jesus said that He was going to go away and the Holy Spirit would come to them:

“Nevertheless, I tell you the truth: it is to your advantage that I go away, for if I do not go away, the Helper will not come to you. But if I go, I will send him to you. John 16: 7

And finally, Jesus told them that He and the Father would come to them:

If anyone loves me, he will keep my word, and my Father will love him, and we will come to him and make our home with him. John 14:23

Yes, it is true that the Holy Spirit is God and to say that the Holy Spirit lives within you is to sufficiently say that God lives within you. But the triune nature of God would forbid us to allow our thinking to wander far enough away that we begin to tear God apart… to find our thoughts more inclined toward thinking that we serve three separate gods. No, we serve one, triune God. It is the fullness of God which dwells in you: Father, Son and Holy Spirit.

This is why Paul can say rightly that Christ lives within him:

I am crucified with Christ; and it is no longer I who live, but it is Christ who lives in me. Galatians 2:20

I know it is easy for Christians to say these things, almost by rote: Jesus is in my heart, the Holy Spirit indwells me, Christ in me, the hope of glory, etc… but it is also easy, in doing so, to lose the magnitude of what those truth claims are saying. I suspect this reality, that the fullness of God dwells within us, is, more than any other truth claim in the Scripture, lost on us in its full import.

This is worth meditating upon daily and thanking God continually for what He has done.

And, then living as if all of this is really real.