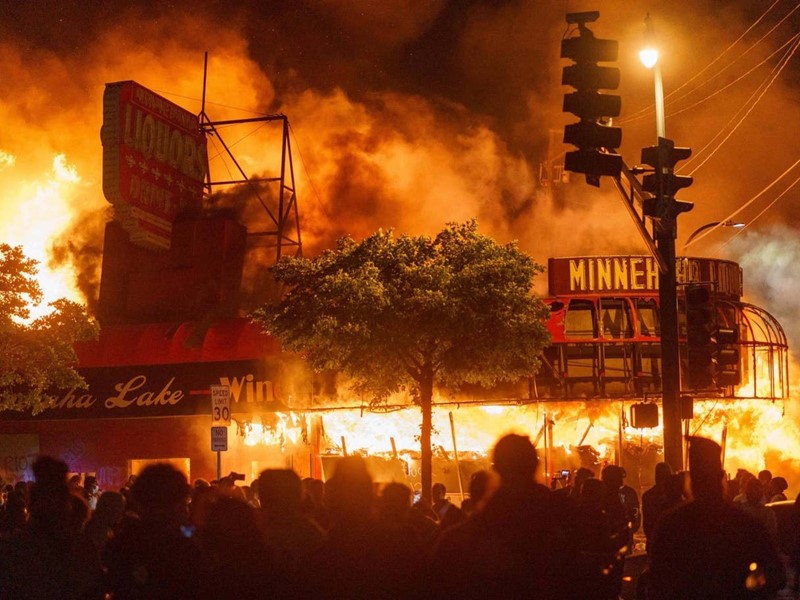 But after Uzziah became powerful, his pride led to his downfall. 2 Chronicles 16:16

When Uzziah became powerful, he became proud and that pride led to his horrible downfall. He was afflicted by the Lord with leprosy for the rest of his life. Uzziah had begun to think that his power gave him the right to make up his own rules.

There is little difference between what happened to Uzziah and what happens to a crowd of people who become a mob. When the crowd begins to feel powerful, they become filled with pride and begin to think that they can make up their own rules. If they don’t like a statue, they can act like gods and tear it down. If they want stuff inside a locked store, they feel empowered to smash windows and steal whatever they can carry out. A crowd becomes a “mob” when it begins to feel so powerful that it can justify “might makes right”. Their might. Their right. Mobs don’t take true justice into their own hands, they make up their own “justice”. This is what leads to a lynch mob and LA riots and any other mob in history.

The Scripture never uses the word “mob” in a good light. Mobs are always associated with evil actions:

Hide me from the scheming of wicked people, from the mob of evildoers… Psalm 64:2

They will bring a mob against you to stone you and cut you to pieces with their swords.
Ezekiel 16:40

While He was still speaking, Judas, one of the Twelve, suddenly arrived. A large mob, with swords and clubs, was with him from the chief priests and elders of the people. Matthew 26:47

Then the mob joined in the attack against them, and the chief magistrates stripped off their clothes and ordered them to be beaten with rods. Acts 16:22

But the Jews became jealous, and they brought together some scoundrels from the marketplace, formed a mob, and started a riot in the city. Attacking Jason’s house, they searched for them to bring them out to the public assembly. Acts 17:5

Some in the mob were shouting one thing and some another. Since he was not able to get reliable information because of the uproar, he ordered him to be taken into the barracks. When Paul got to the steps, he had to be carried by the soldiers because of the mob’s violence… Acts 21:34-35

Mobs are a vicious swarm in which Christians should never be involved. A righteous protest, where people gather before an authority to make an appeal based upon the truth of God is a valid and valiant act. Recently, in our culture, we have seen the abuse of authority. This requires a righteous protest. If a policeman acts wrongly, it is incumbent upon us to protest that act. If the state, which bears the sword to punish evil, itself becomes evil, then we are in peril. We should, and must, speak up boldly at any sign of this breach of God’s design with a righteous protest. This kind of protest is specific and targets the particular injustice, seeking to persuade the authorities to act righteously. This is what the prophets of old did as they stood before the king and declared “you do wrong”.

But a mob has no such righteous intention. A mob becomes a seething pot of hatred and lust and self-righteousness. It begins to believe, as Uzziah did, that it has the power and the right to act as it wishes. And when lust and power and hatred and anger begin to fester in a mob, it feeds on itself and breeds and boils until it can vomit forth the ugliest of human actions. It almost always involves “stereotyping”. The Sand Creek massacre was the result of a stereotyping of the American Native Indian. Lynch mobs were a stereotyping of African Americans. Mobs have stereotyped Mexicans and the Irish and Jews. It shouldn’t surprise anyone that we are seeing all policemen stereotyped, painted with the broad brush from a few. This is the work of the enemy, who will always stir up hatred and animosity and division.

The Christian has the responsibility to protest injustice. But it must be done with righteousness.

We should never be found in a mob.