7 Threats in Our Times: (#7) The Attack Upon the Biblical Family 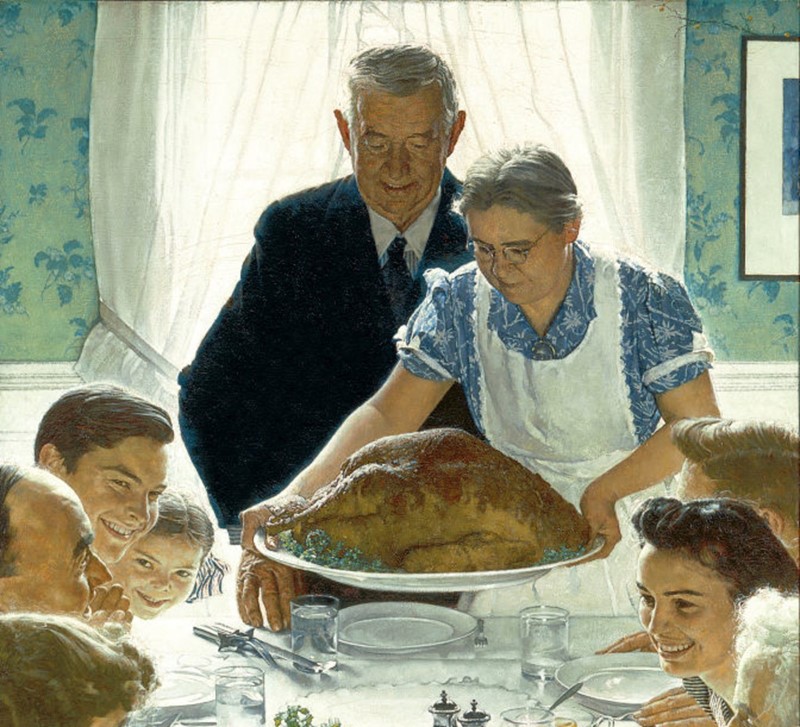 Of all the social institutions designed by God, I suppose none is under greater attack than the family. This shouldn’t surprise us, for destroying relationships is the ultimate scheme of Satan and it is here we find the most intimate. Indeed, it seems that the entirety of the world, the flesh and the enemy are today aligned against the biblical family. And the family is the heart of a culture.

To understand the depth and immensity of this attack, we must go back to the “beginning”, as Jesus put it:

Some Pharisees came to him to test him. They asked, “Is it lawful for a man to divorce his wife for any and every reason?” “Haven’t you read,” he replied, “that at the beginning the Creator ‘made them male and female,’ and said, ‘For this reason a man will leave his father and mother and be united to his wife, and the two will become one flesh’? Matthew 19:3-5

Jesus was responding to an insincere question that was intended to trap Him, but it was a question about marriage, so He took them back to the creation of male and female to answer it. And, it is in that creation narrative that God reveals His purpose for creating them this way. Adam was to “be united to his wife” becoming “one flesh”. Malachi reiterates this purpose:

Did he not make them [husband and wife] one, with a portion of the Spirit in their union? And what was the one God seeking? Godly offspring. Malachi 2:15

What is drawn from these passages is radical in our culture today, maybe even fighting words, for it not only angers the culture around us, but angers even some Christians.

The reason God made “male” and “female” was for the purpose of bringing them together into a divine unity, a “oneness” that brings our thoughts to the unity within the Triune God. And it was this unity of the male and female that would bring forth godly fruit. We certainly are not animals, but we see the same purpose of God for them as well: after creating the animals male and female, He charged them to be fruitful, multiply and fill the earth. This is the same language given to Adam and Eve after they were created. And it is here that we find the fundamental purpose for God creating us male and female, rather than some androgynous being. Any understanding of human sexuality outside of this context leads to serious error. In contrast, today we believe that one’s sexuality stands on its own and becomes, in large part, the essence of my identity. This is the same message heard in Helen Reddy’s famous song:

I am strong! I am invincible! I am woman!

Reddy’s view is one that has become ubiquitous throughout our culture today. It has severed human sexuality completely from the context and the design of the family. The prevailing view is that the individual and their sexuality is a private, personal and fundamental aspect of their identity and it has nothing to do with marriage or family.

The biblical worldview has no place for this notion. Nowhere does the Scripture lead us to think that your human sexuality is the essence of your identity.

And when we disconnect human sexuality from its divine context, we then begin to think we can redefine not only marriage and family, but also human sexuality. Ergo, Miley Cyrus can declare that she is “pansexual”, believing she can be male or female or anything in between, anytime she chooses. Men and women, now even little boys and girls, can declare themselves something other than their biological sexuality. We can make up our own personal pronouns and, in the most egregious of examples, get our dads and moms put in jail if they don’t address us as such. Why? Because we selfishly declare our sexuality to be “the essence of who I am!” This sexual disconnect also degrades sex and cause it to descend into nothing more than a commercial product or a casual hook-up and nothing more. I can bend it, mold it, use it, exploit it… all for my own pleasure and purposes.

Anything, therefore, that attacks human sexuality, is ultimately an attack upon the family.

So, destroy the biblical family, and you destroy its culture.

When the Black Lives Matter website went up and its leaders announced they were “well trained Marxists”, it wasn’t surprising to see “abolish the family” in a prominent place. Although it has since been taken down for public relations reasons, it remains this worldview’s fundamental objective.

Yet, one may argue that they don’t really have to do anything except sit back and watch, because we are destroying the family ourselves.

--Marriage is increasingly in disfavor. Hollywood has made having a baby without a husband fashionable. The majority of babies born in our culture are now born to single women.

--Movies and television, music and media, all present sex outside marriage as the preferred norm. Today, the traditional family is almost always presented in a negative light or not presented at all.

--Welfare policy encourages women to have babies without marriage. The new tax laws encourage people to not get married.

--The Supreme Court (1971) declared it “right” for a woman to kill her offspring. And over 2,000 babies die every day on the altar of personal peace.

--It is almost impossible to assess the damage to marriages and families due to addictions. Few families are not torn apart in some way by alcohol, drug and other addictions, including sexual addiction.

--Feminism (as an “ism”) is destroying both the Virtuous Female and the Noble Male. Indeed, the young male in our culture today is overwhelmingly pressed by one mandate: "You will be accepted only if you become more feminine in character, thought and deed. Your maleness is toxic, out of favor, and you will be rejected unless you conform." In fact, it may be accurate to concede that the overall bent of our culture is deeply feministic.

--And, of course, there is the rapid and penetrating attack upon human sexuality. Homosexuality, bi-sexuality, pan-sexuality and trans-sexuality are all presented to us as normal and even desirable. Not long ago, I was addressing a large Christian school and had an opportunity to meet with the elementary grade school faculty. When I asked them what the number one issue was they had to deal with? Gender identity. Their kids were struggling with it because the cultural message that they “need to discover their true gender identity” is being pounded into them from every media quarter.

Don’t be fooled. This attack is ubiquitous. It is like an evil smoke that silently slips under our doors, penetrating everything, everywhere.

Yet, the clear blessing of God’s design remains. Nearly all of what we would call “positive” social indicators are related to a strong family life, from emotional wellness to psychological wellness to social health. Intact families provide the primary discriminator to keep someone out of poverty. Gang members rarely come from intact families, yet it is estimated that 80% of all crime is gang-related. What would our society look like if we were a culture of intact families living in the blessing of little poverty and little crime? I grew up in such a place. It was extremely abnormal to find a broken or dysfunctional family. No one locked their doors. No one was afraid to walk the roads or streets at night. And yet, as though we have some sort of suicidal wish, all of the major players in our culture today are working to destroy the family, from the media to the State to the subtle worldview messages that permeate our marketing world, like the Progressive Insurance ads that seek to drive a wedge between children and parents.

I am reminded of the warning God gave to Israel when they were brought into a land flowing with milk and honey. Assembled before two mountains, they were given the choice of either blessings or curses, depending upon whether or not they would choose to follow God.

It certainly seems as if we are pressed today with the same choice, for nothing but curses await us along the road we are travelling.

How do we live in a culture like this, dear Remnant? Stand strong and do not lose hope. Stay true to God’s Word. Be the Virtuous Female or the Noble Male. Concentrate on building and nurturing your family with a fierce determination, for the attacks of the enemy here are ever-present and relentless.