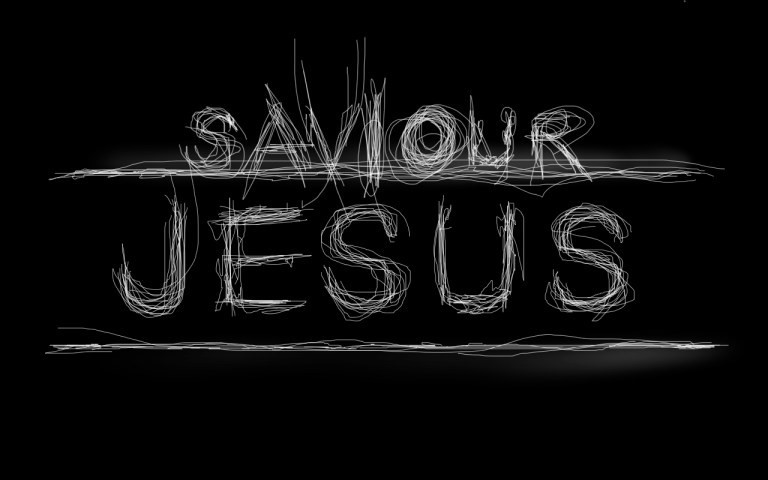 Seldom do we think of “Jesus” as an attribute of God. But I believe it is profitable to do so and not without good reason. All of the “names” of God present us with an aspect of His character:

-YHWH: the God who is self-existent

-JEHOVA RAPHA: the God who heals

-EL SHADDAI: the God who is all sufficient; almighty

-EL ROI: the God who sees

So, too, when we come to what could well be God’s most beautiful name: Jesus.

It was dictated to Joseph by an angel of the Lord:

“Joseph, son of David, do not fear to take Mary as your wife, for that which is conceived in her is from the Holy Spirit. She will bear a son, and you shall call his name Jesus, for he will save his people from their sins.” Matthew 1:20-21

Names are critical in the economy and Word of God. It isn’t like our culture today, where we name our babies based upon what is trendy, or a name we think will stand out for its uniqueness, or maybe a family name from the past. In the biblical scheme of things, names represent something about the person, like their character or the divine task God has for them. Therefore we find Eve: mother of all living; Moses: drawn out of water; or Jacob: cheater. When God changes someone’s name, it was to indicate their new mission, as in: Jacob, cheater, becomes Israel, rules with God; and Abram, father of height, become Abraham, father of many.

Therefore, the name “Jesus” was bestowed because He would “save His people from their sins”. Jesus, in His character and in His mission, is Savior of His people.

And there is something powerful in that name. Philippians 2, says that it is “a name above every name” and that at this name “every knee should bow”; John 20:31 says that we have “life in His name”; Colossians 3:17 tells us that everything we do, “in word or deed” ought to be done in this name; and Acts 4:12 says that “there is no other name under heaven given among men by which we must be saved”.

Now here is something curious for us to ponder. Look at what Jesus said to Nicodemus:

“For God did not send his Son into the world to condemn the world, but in order that the world might be saved through him. Whoever believes in him is not condemned, but whoever does not believe is condemned already, because he has not believed in the name of the only Son of God.” John 3:17-18

Why? Because the name Jesus points us to the character and the mission of the One who justifies us.

God is not calling us to some sort of belief in the letters J-E-S-U-S. He is calling us to believe in the nature, the character, the attributes, the essence of “who” Jesus is and therefore what He has done.

This is important because some have slipped into serious error here.

Jesus is a name, a beautiful name, but it would be wrong to begin to think that there is something “magical” or “animistic” in these five letters as assembled. This might be shocking to some and possibly even considered heretical to others, but it is critical to understand. “Jesus” is not some magic wand or incantation. You don’t receive goodies by chanting His name or by rubbing your fingers over it or kissing it. Never forget that we worship Him, not his title or name or artifact.

The Israelites were in the desert and complaining again against God and Moses. As punishment, God sent “fiery serpents” among the people; poisonous snakes that bit them and therefore many had died. Moses intervened for them and God told Moses to make a bronze serpent and set it on a pole so that if anyone were bit and looked at the bronze serpent, he would live. Moses did this and the people were spared further death. This was obviously one of those representations in the Old Testament that pointed to Jesus, who later said “as Moses lifted up the serpent in the wilderness, so must the Son of Man be lifted up, that whoever believes in Him may have eternal life.” But, the people began to think that it was the bronze serpent that saved them and started to worship and make offerings to it. Hezekiah, a king who “did what was right in the eyes of the Lord”, broke the bronze serpent into pieces along with the other idols in the land. The Israelites wrongly thought there was something magical or spiritual residing within the object.

There is a reason why God commanded that we not make any image of Him. He does not reside in clay or wood or letters.

The name of Jesus is not a magical potion, but there IS something about that name. We are not saved by the letters, but we are saved by One to whom those letters are pointing—the person of Jesus, our Savior.

Keep your eyes upon Him.

Gazing on that should put a big thanks in your Thanksgiving!