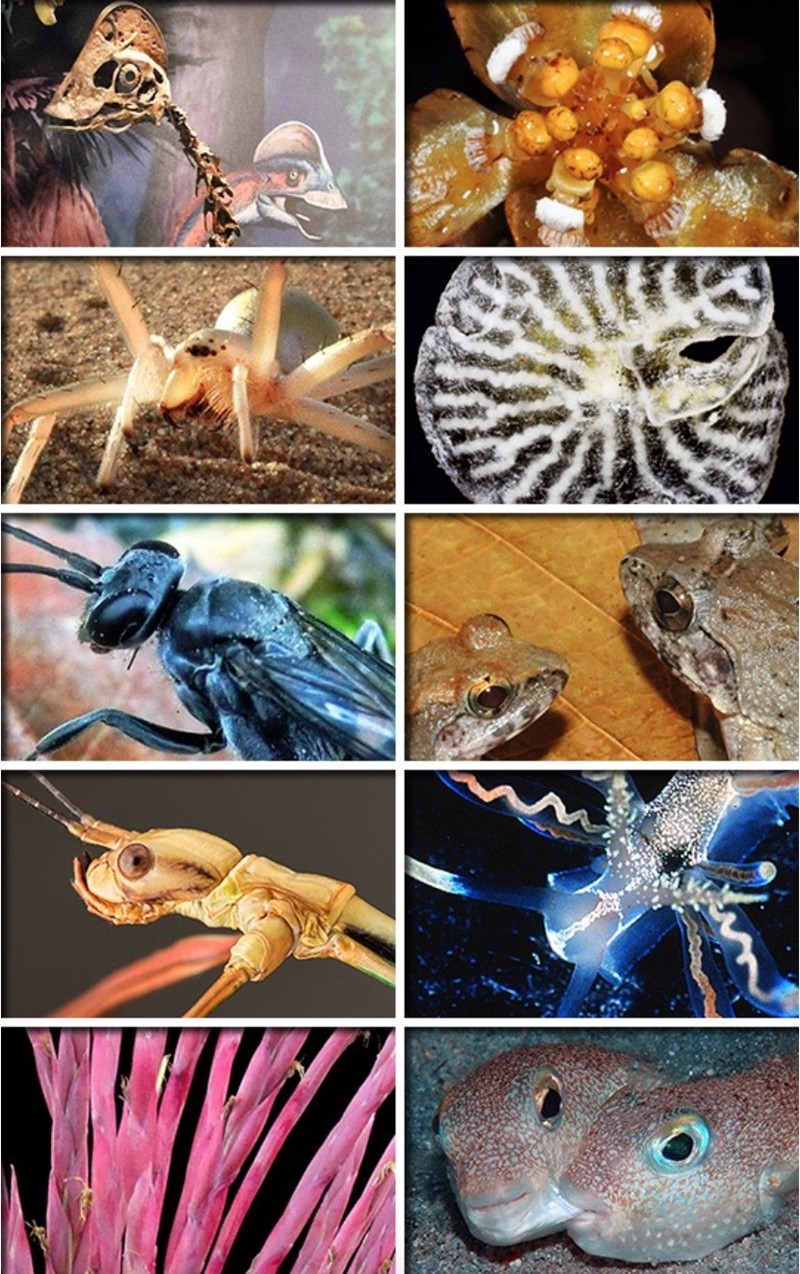 CBS posted an article entitled “10 Top Coolest New Species”. When I first read the headline, I thought it was proposing that evolution had given us ten new species.

Every year the International Institute for Species Exploration delivers a list of species they have been newly discovered. It is a great site if you are interested. http://www.esf.edu/species/

This year includes some interesting creatures: the Bone-house Wasp, who lays each egg in a fashioned hollow tube. She then finds and kills a spider and deposits it with the egg so the new-born wasp will have something to eat (not my idea of baby food, but…) Each of the tubes are laid side-by-side with dirt in between. What is fascinating, however, is that she then builds one more hollow tube at the end and fills it with dead ants. Why? Sounds strange, except the volatile chemicals that are emitted by the dead ants camouflage the sent of her vulnerable eggs.

But my favorite is the puffer fish found off the coast of Japan’s Amami Oshima Island.

For twenty years, scientists have been baffled by what you might call “crop circles” or “...

“If You’re Anti-Gay, Indiana Wants You To Visit”

This headline, from the HuffPost, is a great way to introduce the “Headlines and Between” featu...