When Crosses Cross the Government 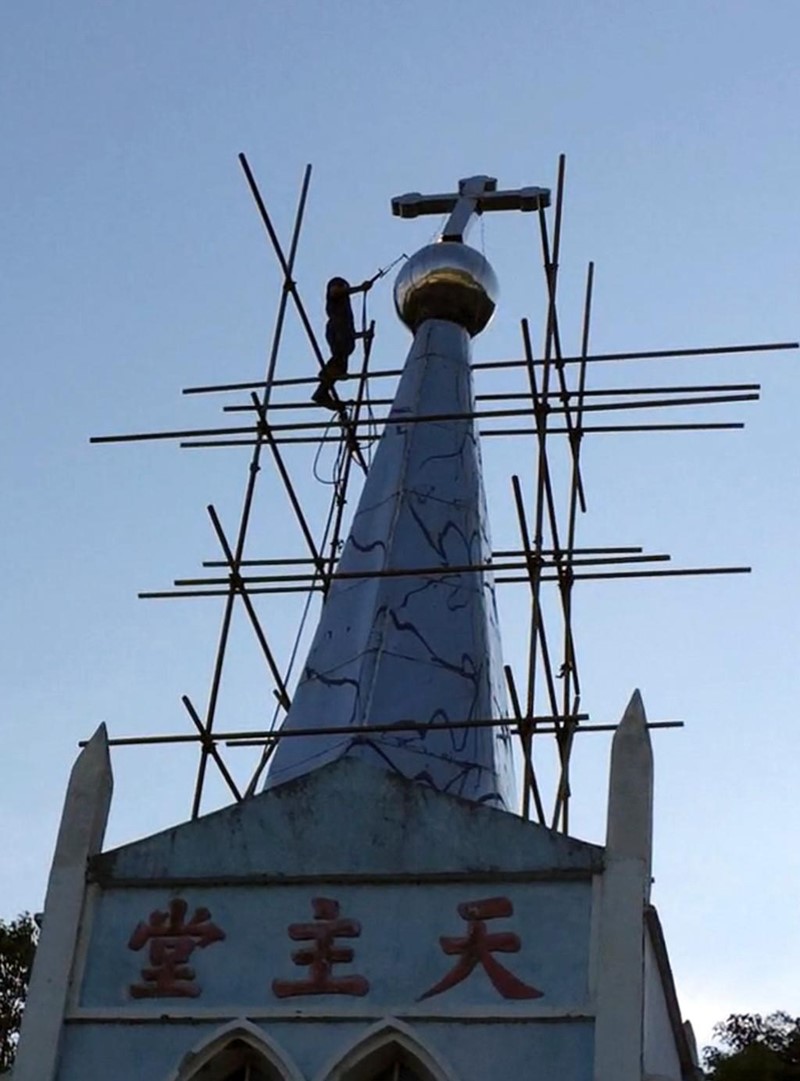 Our brothers and sisters in China are weeping, yet singing hymns as the government there cracks down on what it sees as a challenge to its authority. Crosses all over Zhejiang Providence are systematically being cut down, with blowtorches and saws. Christians have made appeals and some have even put up a courageous resistance, but in the face of such overwhelming governmental power, the demolition simply marches on to the next church.

You can read more about it in this article, but here is an interview with a Chinese brother in Christ:

"It was a surprise attack. We did not let them in, but they broke in by cutting off the lock. We demanded paperwork, but they showed us none. They cordoned us away from the church," Tu said. "They had 60-70 people. We had just about a dozen or so. Everyone was crying. Our hearts ached. We felt powerless to resist, and only prayed and sang hymns."

The lust for power is insatiable and jealous. It does not give it up and it does not allow rivals. The larger governments grow, the more inclined they are to trample on the people and to ignore or rescind whatever rights had previously been thought to be firm. China has a religious freedom policy. But policies made by the State can be violated by the State.

This is minor, of course, to the horrible tragedy that befalls other brothers and sisters around the world, some of whom have lost their lives today because of their faith in Christ.

Remember them in your prayers and ask God if He may be calling you to help in some way. Join the Persecuted Church social issue or start a Group on the site and begin to gather with others who share that passion and find a way to make a difference.

Two Objects Before US

William Wilberforce is in my Hall of Faith. He isn’t listed in Hebrews 11, but I’m sure if it w...