Two Objects Before US 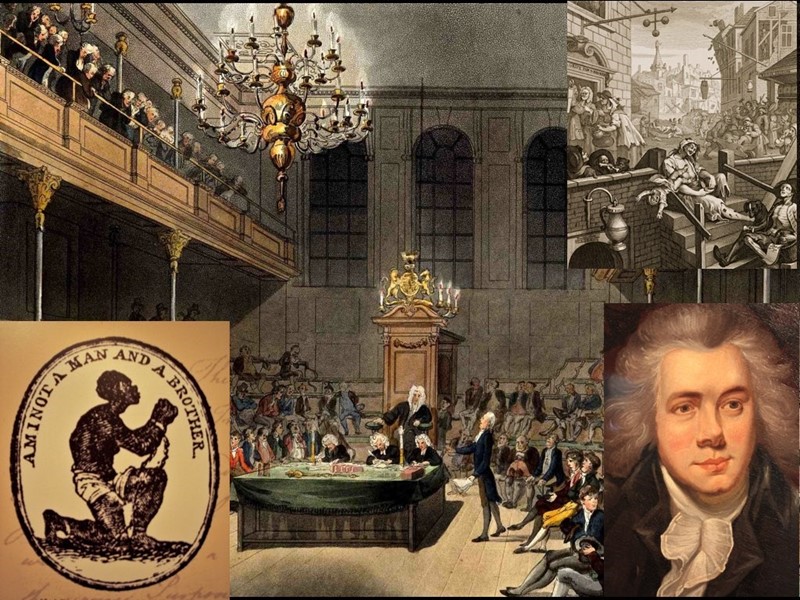 William Wilberforce is in my Hall of Faith. He isn’t listed in Hebrews 11, but I’m sure if it were written today, he would have made it. Before his conversion, he was living as an independently wealthy socialite. His wit and popularity and money got him elected as a Member of Parliament at the age of 21, but he was unfocused, disorganized and enjoying the life of a hedonist. All that changed when the Lord got a hold of him.

And that is when he began to smell the stench of the slave ships.

England was the center of the slave trade in the 1700 and 1800’s and a large part of their economy rested upon it. But a new heart brought a new nose and a new set of ears. The clinking of the chains on the slaves broke his heart. If you’ve seen the movie Amazing Grace, then you know the initial part of Wilberforce’s story. He labored for over 25 years, amid jeers and taunts, to end the slave trade. When Parliament finally voted to do so, the ones that had sneered him years before now rose to their feet in applause to honor him. He simply bowed his head upon his desk and wept.

But he wasn’t through. He then began the fight to free the slaves. That brought caustic opposition, scorn and death threats, but he persevered and labored for it the rest of his life. Three days before his death, the British Empire voted to free its slaves...all because of the dedicated service of a small, sickly man.

And all of this really began a few years after his conversion to Christ, when Wilberforce wrote the following,

“God has put before me two great objects: the abolition of the slave trade and the reformation of [morals].”

It became clear to him that his fight to end the slave trade would not succeed if it were not accompanied by a moral reformation within the English people.

Therefore, I sense that we, also, have two great objects before US:

This is also why so many of the articles I have written of late seem to be so “political”. Contrary to some views within Neo-Christianity, just because unrighteousness happens to fall under the “political” label does not make it off limits to the believer’s voice and heart. It is the smooth talk of the enemy that has beguiled us into thinking otherwise.

I’ve heard all of the arguments that Christians are not to be engaged in political affairs.

Two of the biggest political activists of the Old Testament, Moses and Elijah, were the guys that Jesus brought back from the dead to stand with Him on the mount of Transfiguration. Moses was the great political activist that got into the face of Pharaoh and said, “You do wrong!” He then became the first and one of the most prominent political leaders of Israel. Elijah was the great political activist whose primary activity was to get into the face of Ahab and say, “You do wrong!” Jesus declared that the greatest man ever born of woman was John the Baptist…the guy who just happened to have gotten his head cut off because he dared to stand before the political leader of his day and say, “You do wrong!” Now we have Christians who think and teach that it is unbiblical to stand in the political arena and declare the same thing that virtually every prophet of the Old Testament declared in the face of their king, in their day.

It isn’t unbiblical...it is inconvenient.

It is uncomfortable and it is unpopular. It puts one at the pointy end of jeers and taunts and name-calling and even death threats.

Wilberforce, even though he had every physical and social reason to pass on the task, did not.

“Blessed are those who hunger and thirst for righteousness.” Matthew 5:6

This is what I am committed to and this is why I have this site and why I post what I do.

I will pursue these two great objects:

All of our public policy efforts will be in vain if we don't see a revival within the people. Don't think that electing your guy into office is going to really change much. It may help, but it won't turn the nation around. As long as the public continues toward selfishness and immorality, laws and constitutions, as Daniel Webster said, are waste paper. It must be, and has to be, a restoring of the foundations, the return of the people to God and their repentance and moral walk. It is these things alone, that will pull this nation back from the sheer cliff before which she now stands.

All of this has to begin with the Remnant. And it will be only through the Remnant that we will see righteousness return to our nation. And, prayerfully and hopefully, an awakening in those who need Christ…an awakening and a new heart like the one that radically changed an English playboy 250 years ago.

When Crosses Cross the Government

Our brothers and sisters in China are weeping, yet singing hymns as the government there cracks down on wha...