From Today's Paper: The Media Tilt 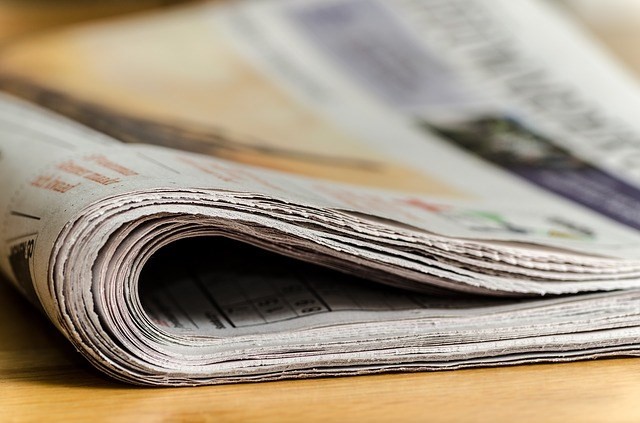 Here are a few headlines in today’s paper:

If this were Israelis that had gone on a stabbing spree, coverage would have conveyed outrage, negative remarks, and may have even generated calls for political action against Israel. As it was written, there was nothing about the Israeli victims, but a mention that the mayor of Jerusalem (Jewish) was now carrying an assault rifle in Arab areas and that Israeli troops had shot two Palistinians.

If this had been a red president, the bombing of a Doctors Without Borders hospital by US forces, killing 12 staff and 10 patients, would have been major news, filled with disgust and outrage, photos of the dead and wounded, negative military verbiage, and calls for accountability that would have been laid at the foot of the Commander-in-Chief. It probably would have gotten legs and become a firestorm in the media. But, as it is, it will remain a minor story and fade away, passed off by a blue promise to undertake a probe.

“Ivy League professor calls Carson a ‘coon’”, couldn't find this in any paper...reported by Fox News only

This is about as blatant a racial slur as you can get. It was uttered by University of Pennsylvania’s religious studies professor Anthea Butler, who is black. She wrote: “If only there was a ‘coon of the year’ award…” and referred to Ben Carson and his remark that he thought people who wanted to fly the confederate flag on their private property should be allowed to do so. Professor Butler has boasted in the past about being able to say whatever she wants because she is tenured, but tenured or not, no one would doubt that if this had been a professor of any color and had made this remark about Obama…oh my! She would be canned in a second and now sitting at home looking for a job.

“School of Mines is sued by grad”, page B4

This is an interesting story. The Colorado School of Mines was raising money for it's new athletic facility and donations above a certain amount would get you one of 130 personalized plaques in the locker room. Michael Lucas, former School of Mines football player, wanted to help out and chose to personalize his plaque with two references--not the verses--just the references to Col 3:23 and Micah 5:9. The school refused it on the grounds of separation of church and state. Plaques that were approved were “Give ‘Em Hell!” and “Take your whiskey clear”. A lawyer stated that people might feel excluded if certain religious messages were allowed. That position only goes one way, I guess, for there are those who are offended by profanity and those who don’t drink. We live in a give-and-take world and one has to learn to not go around with a chip on your shoulder…unless, of course, the chip is the right kind of chip…a blue chip...against Christianity or absolute truth or conservative values. Then the chip is sacred and will be upheld in court.

But, don’t be disheartened, Remnant! We are left for such a time as this. This is to be expected from our blue media because we have abandoned it.

Sit up, speak up, go into journalism!

Ethical Nonsense from an AP Article

Jared Fogle, the advertising face of Subway, pled guilty to paying for sex with minors and for possessing c...