If Jesus Rose from the Dead, then (#4) Creation Knew It and Clapped Its Hands 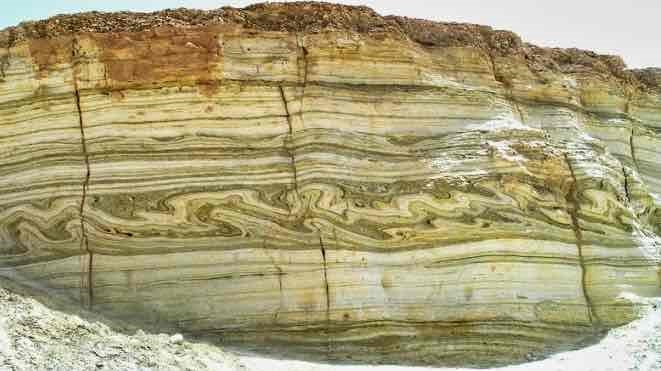 Now after the Sabbath, toward the dawn of the first day of the week, Mary Magdalene and the other Mary went to see the tomb. And behold, there was a great earthquake… Matthew 28:1

The earth clapped its hands in joy when its Maker arose. The guards weren’t thrilled, but whole of heaven must have erupted in song.

The Bible is full of literary devices as one might expect. God created language and He uses the creativity of that language to communicate to us and we should be creative as well in how we use it. So, we find in the Scripture simile and metaphor, hyperbole and paradox, chiasm, merism, idiom and more. One of those devices that I have the most trouble with is personification. I don’t have trouble with understanding what the Scripture means when it uses personification, but I have trouble not getting caught up in it.

Personification is when something non-human or inanimate is given human qualities and characteristics. For example:

You will go out in joy and be led forth in peace; the mountains and hills will burst into song before you, and all the trees of the field will clap their hands. Isaiah 55:12

Of course, we know that the mountains don’t have lungs and the other body parts that would allow them to actually sing, nor do we think that trees have hands, but the passage communicates that the creation is somehow involved in praise and glory to God.

It is not uncommon for us to also use personifications. When I take my old pickup into the mountains and she is in 4-wheel drive, climbing over rocks and ruts, I tell whoever is with me that “she’s smilin’ now!” Of course, I know that my truck doesn’t have a mouth and lips to really smile, but it is definitely female. :)

It is easy, especially in a Disney world, to begin to think that these things have some sort of human character to them and it is probably not a good thing when we begin to see personification as reality rather than just literary device. Bambi, Cars, Toy Story, Frozen and a lot of other movies can pull us into some wrong thinking if we are not careful. And, here of course, it would be easy to step on some toes with dog and cat owners, who do have a tendency now and then to treat their animals as if they were human. Historically, we can see when man has even worshipped the inanimate as divine. Even in our day, “Mother Earth” can become a goddess to some. On May Day, 2014, Annie Sprinkle and Beth Stephens, in a big wedding ceremony in California, married the soil and said “the Earth is our lover”.

We can get this way out of wack.

But there does seem to be something about the creation’s self-generated response to God and to evil. The Holy Spirit moves Paul to speak of the creation “waiting in eager expectation” yet “groaning as in the pains of childbirth”. Yes, there are times when it is clear that God has provoked the creation to do His will as in the plagues of Egypt, the parting of the Red Sea and when “the earth opened its mouth and swallowed” Korah et. al. (notice the personification?) Certainly all creation does His bidding, but it just seems sometimes as if there is something more than just passivity in the creation... something within it that responds to the glory of God and to the pain of sin.

When Jesus rode into Jerusalem on a donkey to the loud “Hosanna” of the crowd, the Pharisees were indignant and told Jesus to rebuke them. Jesus responded:

It is hard for me not to think that there was something in the rocks themselves that would have burst forth, somehow, if this moment had passed without shouting out the glory of the Messiah.

But, maybe all of this is simply to remain mysterious to us in this life.

However, it does now lead us to the acts of God in the creation as we see it not only here on resurrection morning, but as we see it throughout the life of Jesus. At His birth, the stars proclaimed His advent and at His death, they shook with grief. And when Jesus had completed His time in the grave, the earth trembled and shivered with unspeakable joy, no doubt clapping its hands as if to shout “He is risen!”

The passage tells us that it was a “great” earthquake that was coordinated with the arrival of the angel that morning. This one-two punch dropped the guards into a frozen state of fear. I can imagine, and yet I can’t imagine. But the resurrection earthquake was relatively tame compared to how the creation cried out in agony at the crucifixion of Jesus.

We are told that first of all the sun “failed” and darkness fell on the land from the sixth to the night hour, from noon until 3pm. This must have been horrifying. Thallus and Phlegon, historians in the 1st and 2nd century, gave testimony to this darkness.

Then the earthquake hit. And it left its own record.

My good friend and geologist extraordinaire, Dr. Steve Austin, with whom I have rafted for a week down the Grand Canyon and who was one of the scientists I interviewed in the “Is Genesis History?” film, was gracious to speak with me today regarding the pair of earthquakes that shook Jerusalem at this time. He told me earthquakes leave evidence in the sediment found in lake or sea beds where it is still soft. The shaking of the earth disturbs the layers as you can see in the picture.  They are called “seismites”. Steve is convinced he has found the evidence for the crucifixion/resurrection earthquake and the larger would have measured over 5 on the Richter scale. He also told me that he has been at the epicenter of several earthquakes and described what well could have been the experience of those in Jerusalem at the time. The people would have first heard a huge explosion, then they would have felt the first wave as a strong shaking followed by the jolt of the second wave, which would have been stronger.  They might have heard the noise of the final wave as it travelled away from them, sounding like the “womp womp” of a helicopter. Scary stuff. When I was living in Puerto Rico, I experienced an earthquake in which it seemed as if the ground had become liquid. It immediately makes one feel as if the stability of your entire world has been stripped from you and you are now lost in the middle of the ocean.

When Jesus breathed His last breath, the earth buckled with grief. So much so, that rocks split and the doors of tombs were opened. The temple shook with such force that records tell us the door hinges were sprung. The Scripture says the thick veil was torn, from top to bottom.

The creation was responding to the death of its Maker. And it must have been terrifying, for in the midst of the sun failing and the ground shaking, the centurion confessed, “Truly, this was the Son of God!”

When Jesus was born, when He died, and when He rose from the dead, the creation responded. It sang, it wept, and it cried “Hallelujah! He is Risen! Come and see.”

If the earth responds to such a momentous event, so should we. He is risen indeed!