If Jesus Rose from the Dead, then (#7) the Disciples and Peter Would Have Known It 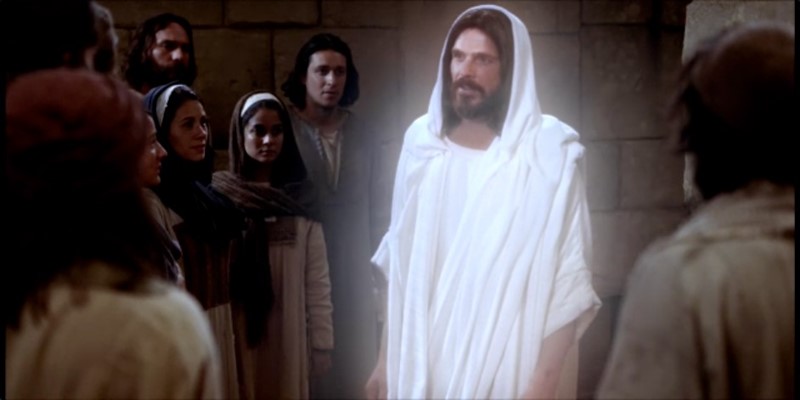 I’ve tried to put myself in the shoes (or sandals) of the disciples.

Saturday must have been a tough day. Nothing, of course, like the arrest and crucifixion, which had to have been surreal. But Saturday seems like it would be very difficult. At this point, it is all just beginning to sink in.

He was steel and velvet.

They had seen Him go up against the Jewish authorities as if they had no authority at all. He went into the temple and wrecked the place where the sellers were and walked away untouched. They saw Him go up against the best minds and arguments of the scribes and Pharisees, the Sadducees and the teachers of the law, and the disciples heard Him as He silenced them all.

Yet they saw Him with children and with the women and the outcasts of their culture: the lepers and the lame, the demon possessed and the infirmed, the tax collectors and the prostitutes… and He did so with grace and compassion.

But now He was dead. Beaten, mutilated and hung on a cross to die a most pitiful death. Nothing left but a lifeless body, wrapped up in a cold tomb.

And the Sabboth must have been deathly silent… and lonely.

But in reality, they had all abandoned Him and now they were in mourning… more than mourning, it was a debilitating sickness in their soul. And, multiplying that was the deep fear—for they could all end up like Jesus did. At any second, the Temple guard or the Roman soldiers could show up and unspeakable agony would be their final lot.

When the 1st day of the week rolled around, they were still deep in their grief and fear. They awoke to another day and another realization that Jesus was no more. All the dreams they had, some even of sitting on a throne with Him—all dashed and becoming dimmer and more stupid every moment.

“Maybe, if I had stood up, been a real man, none of this would have happened. Maybe if I had gone in and argued His case… testified to all the miracles I had seen. Maybe… if only…”

Oh, the agony that must have been Peter’s.

But, then, Magdalene breaks in and says that His body has been stolen! How could things possibly get any worse?

He and John ran to the tomb and sure enough, His body was gone. Unwrapped, apparently, and taken away. Had the guards done this for some unspeakable, demented fun? Had the Pharisees taken Him? Maybe they came to burn His body or dump it in Gehenna? How could this be happening? How did it all go so sour so fast?

And then, before one could take a deep breath, the women are now back, babbling on and on about seeing Jesus! What is happening!? Everybody is going insane!

Now, a lesser Risen Man, in light of the unfaithfulness and dullness of His disciples, might have shown Himself to the women and let them simply tell the disciples. And if they didn’t believe it, well, tough luck! After pouring three years of my life into them… well, they deserved to be left in their unbelief. Good riddance, so to speak.

Ah, but Jesus is not a lesser man. His love is a steadfast love that transcends all of our unfaithfulness and dullness of mind and heart. He perseveres when we do not. He does not forsake, though we do.

And that evening, though the doors were locked out of fear… and though Jesus might have come and knocked on the door and they wouldn’t have let Him in… Jesus came to see them anyway. He did not come with a condemning charge against them, which they deserved, but He came with “Peace be with you.”

The four gospels record ten separate times that Jesus was with the disciples after His resurrection. No doubt there were more, but this is all that is recorded. There is controversy and accusations about so-called contradictions in these records and we will deal with those soon, so we won’t detail all of Jesus’ appearances here. It is sufficient for our purposes to ponder that Jesus showed Himself, graciously, to those who had abandoned Him.

For me, the most priceless of these appearances, is recorded only in one place… in a short note in Luke. This is after Jesus appeared to the two Emmaus travelers and they had subsequently returned to Jerusalem:

And they rose that same hour and returned to Jerusalem. And they found the eleven and those who were with them gathered together, saying, “The Lord has risen indeed, and has appeared to Simon!” Luke 24:33-34

Appeared to Simon! Isn’t this something? And isn’t this so like the Lord, that he would make a special, personal appearance to Peter?

This, my friends, is the steadfast love of God. No matter how far you missed it today or yesterday or tomorrow, if you are His… then you are His. Nothing can separate you from the love of God in Christ Jesus our Lord. (Romans 8:31-39)

And so, it shouldn’t surprise us that if Jesus rose from the dead, then He would most certainly make sure His disciples, and Peter, knew it.

This is our Lord, risen indeed!