If Jesus Rose from the Dead, then (#11) God Would Record It Inerrantly (Places) 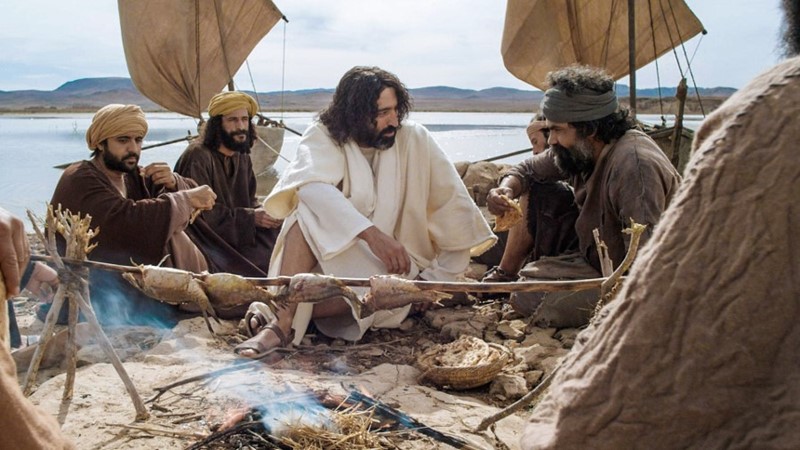 After his suffering, he presented himself to them and gave many convincing proofs that he was alive. He appeared to them over a period of forty days and spoke about the kingdom of God. Acts 1:3

We have now come to what I believe is the most difficult of the resurrection issues. This has to do with the supposed contradictions associated with when and where Jesus met with the disciples and who was there. On the surface, it is understandable why some would charge that there are insurmountable inconsistencies here;

To be honest, one would have to admit that not only do these accounts appear problematic, they actually seem irreconcilable. How can Matthew be so clear that both the angels and Jesus were emphatic that the disciples were to go to Galilee where Jesus would meet them, when it appears Luke says they never went there at all? And John tells us that, instead of going to Galilee, they stayed in Jerusalem meeting with Jesus for more than a week. This certainly doesn’t match the angels charge “… He is going before you to Galilee; there you will see Him”, nor the opposite of Jesus commanding them to “stay in the city” until the Holy Spirit would come on Pentecost, seven weeks away.

How do we handle all of this?

Well, we are first committed to the inerrancy of God’s Word, which means we search for the intervening puzzle pieces that bring the incongruent parts together. And, we again use the fundamental things we have already learned, especially that a historical record is always selective and cannot be charged as false simply because it leaves out events that one thinks should be included. This principle is the key for us today, remembering John 21:25

Jesus did many other things as well. If every one of them were written down, I suppose that even the whole world would not have room for the books that would be written.

So, where do we start?

I think we begin, not with the gospels, but with Luke’s opening statement that we quoted at the top. Remember, he wrote two books for Theophilus. The first was the Gospel of Luke and the second was The Acts of the Apostles, as we title them. This is important for several reasons: first because it is Luke that implies everything happened in one day, from resurrection to ascension. Well, if he rolls right into Acts with the statement that Jesus appeared to them over a period of forty days before His ascension, then it is obvious we have misunderstood what he said in the closing of his gospel. Applying our principle of the selective nature of historical narratives, it is easy for us to find that Luke has telescoped those events into what “appears” to be only one day. But it wasn’t, of course, for Luke makes it clear that it wasn’t.

This now gives us a clue as to how to proceed to put the pieces together. It wouldn’t be inconsistent, then, among all four gospel accounts if Jesus appeared to the disciples that first night, then eight days later, still in Jerusalem. Then the whole lot of them travelled to Galilee, where Jesus met with them “over a period of forty days and spoke about the kingdom of God.” The picture here is that after leaving Jerusalem, Jesus first meets with seven disciples on the shore and then spends a lot more time with all of them over the course of several weeks in Galilee. This would make sense. This is where He was raised, where He called them and where He spent most of His ministry. And, this is where, at some point, the resurrected Jesus met with the disciples and over five hundred assembled together on a mountain. After this, He must have directed them to return to Jerusalem, where He tells them to remain in the city until Pentecost, and then leads them out to Bethany, to Olivet, and Jesus ascends into heaven.

All of this now fits perfectly together. Nothing is inconsistent or contradictory in the gospel accounts concerning these resurrection events or places.

The is one nagging thing, however—it is the issue of why did the disciples remain in Jerusalem in the beginning? If the angels and Jesus were emphatic about them going to Galilee, isn’t there something strange about them not doing so and instead, hanging around Jerusalem for a week? Maybe the answer is found in the fact that the Feast of Unleavened Bread, which lasted one week, was still ongoing. Any command to “go to Galilee” would have been inherently understood to be after the festival was over. This, of course, is exactly what we see.

Additionally, the notice that Jesus was going to Galilee could have well been intended primarily for the larger group of followers, over five hundred, who we see gathering in Galilee. When Jesus appeared to the women, He told them to tell “His brothers” that He was going to meet them in Galilee. This could be taken as the disciples, or the larger group of followers… or it could be taken as His real brothers. We learn from Paul that Jesus appeared to James which most likely happened there in Galilee.

Next time, we will attempt to harmonize the entire resurrection account into one so that we might see how God has indeed given us a consistent truth about the most amazing event in the history of man: Jesus conquered the grave and rose from the dead, just as He said.