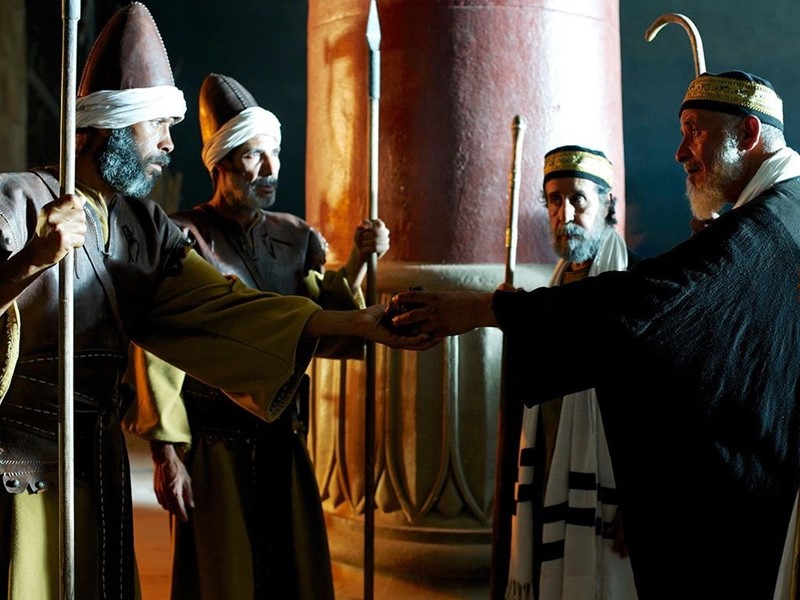 Today, we want to examine the first of these two: the “resurrection polemic[1]”. If you are unfamiliar with the word “polemic”, it would be fair to think of it as a “point/counterpoint” as in a debate. In the case of the resurrection polemic, we find that it was not just a temporary debate, but it had become cemented in the culture: “this story was widely spread among the Jews, and is to this day” (Matthew 28:15)

The historical record, therefore, informs us that this polemic regarding the resurrection of Jesus had formed extremely early. This is important in our apologetic, for it precludes the time necessary for a legend to arise. Legends can only form well after all of the eye-witnesses, and even secondary or tertiary generations, can provide a true account of what really happened. Plus, legends and myths don’t arise overnight, they need time to marinate, evolve and solidify.

There are a number of passages that we need to look at together. I encourage you to read them and begin to see them in the “point/counterpoint” framework.

Now on the next day, the day after the preparation, the chief priests and the Pharisees gathered together with Pilate, and said, “Sir, we remember that when He was still alive that deceiver said, ‘After three days I am to rise again.’ Therefore, give orders for the grave to be made secure until the third day, otherwise His disciples may come and steal Him away and say to the people, ‘He has risen from the dead,’ and the last deception will be worse than the first.” Pilate said to them, “You have a guard; go, make it as secure as you know how.” And they went and made the grave secure, and along with the guard they set a seal on the stone. Matthew 27:62-66

Here we see a portion of the polemic: the Jewish authorities are concerned that the disciples would formulate an argument that Jesus was the Messiah because He predicted His resurrection and had indeed risen. And, they would solidify their argument by stealing the body. The authorities moved to block that argument by posting the guard at the tomb.

But, things don’t go as planned and three days later the soldiers appeared with, no doubt, strange stories about strange things happening at the tomb. And, they confessed, the tomb was, in fact,  empty.

Now while they were on their way, some of the guard came into the city and reported to the chief priests all that had happened. And when they had assembled with the elders and consulted together, they gave a large sum of money to the soldiers, and said, “You are to say, ‘His disciples came by night and stole Him away while we were asleep.’ And if this should come to the governor’s ears, we will win him over and keep you out of trouble.” And they took the money and did as they had been instructed; and this story was widely spread among the Jews, and is to this day. Matthew 28:11-15

Here now is the next stage of the polemic under construction. The authorities feared the disciples could now argue that Jesus had risen and point to the empty tomb, so they created a counterpoint that the disciples had stolen the body. And, then, if the disciples pointed out that a guard had been put in place to keep that from happening, they could counter that the guards had fallen asleep.

And so, we now have the heart of the polemic before us.

However, it seems to me that the polemic really starts earlier than all of this:

Again the high priest was questioning Him, and saying to Him, “Are You the Christ, the Son of the Blessed One?” And Jesus said, “I am; and you shall see the Son of Man sitting at the right hand of Power, and coming with the clouds of heaven.” Tearing his clothes, the high priest said, “What further need do we have of witnesses? You have heard the blasphemy; how does it seem to you?” And they all condemned Him to be deserving of death. Mark 14:61-64

The true beginning of the argument is found in the claim of Jesus that He was the Messiah. His claims are much broader and deeper than that, but we will focus on this one for it is the key point in the passage above and in the polemic. The counterpoint we see under development here from the Jewish authorities is that He is not the Messiah and to prove their counterpoint they would put Him to death. Which, of course, they did.

Point: Jesus is the Messiah, the Son of God!

And, if three days later nothing had happened, it would have most certainly been the end of the argument. But, of course, something earthshaking happened instead. And now there was a new line in the polemic:

Point: Jesus rose from the dead!

Point: The tomb is empty.

Point: Soldiers were guarding the tomb.

Point: They were bribed to say that.

The importance of this polemic is that it not only began contemporarily with the events of the life, death and resurrection of Jesus, but that it has also been recorded for us so near to the actual occurrences that the existence of the polemic could have been refuted by anyone at the time they were written. This, again, is a grave blow to the notion that the resurrection of Jesus was a later mythical, legendary development.

What should be interesting to us, as well, is that this polemic is still with us today. For to declare: “Jesus is the Messiah, the Son of God, risen from the dead!” raises all of the counterpoints that we see from day one, plus many more that have been crafted over the years. We will look at those counterpoint theories soon, but first we need to understand the key importance of the early resurrection creed. We will do that next time.

[1] No one has presented the polemic argument better than William Lane Craig and I commend to you his book, Reasonable Faith