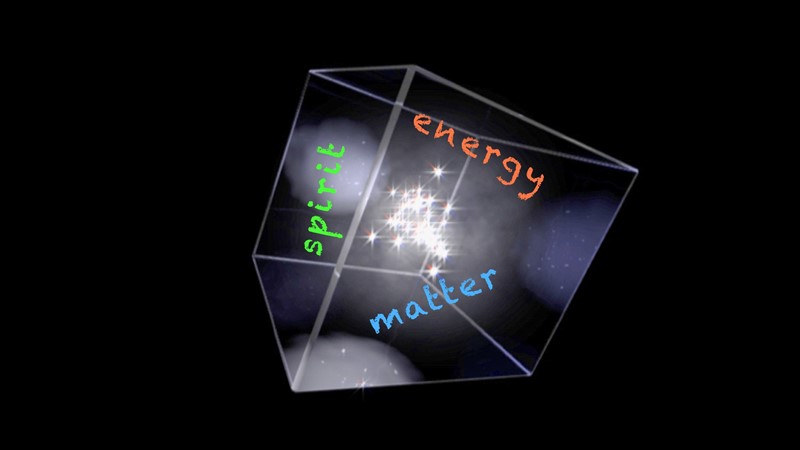 “Spiritual naturalism” is a phrase I’ve been using for years to describe a modified form of Naturalism that has arisen in our culture.

Here is the essence of what has happened.

Naturalism is a philosophy that believes that all reality can be understood in terms of matter and energy. Everything that exists is merely the result of these two prime elements operating in a cause and effect, stimulus/response, mechanistic and materialistic process.

The problem with this philosophy is that it leaves the human heart empty. Because God has placed “eternity in the heart” of man, a material-only worldview purporting that we are mere physical products of the stuff in the box not only leaves us cold, but it leaves us with an internal contradiction with what we sense to be true—that we are more than just star dust.

One would think that this internal conflict would turn us to our Creator, but man, in his fallen state, is “hostile to God” and is drawn inexplicably inward rather than upward, toward his own sinful desires and pursuit of his own will rather than God’s.

Well, in days of old, he fashioned a calf of gold, or a moon god, or a fertility god. He worshipped the sun or the Nile, Zeus or Baal.

But in our modern world, we modify the philosophy of Naturalism by simply adding another natural element to the box: spirit. Now, if at this point you are thinking that there is something contradictory about calling “spirit” a natural element, then you aren’t yet getting what Spiritual Naturalism is. Yes, in terms of classical Naturalism where there was a firm rejection of anything “super” natural, then one might think that adding “spirit” to the box is a contradiction.

But if you think of “spirit” as being merely another attribute of the natural realm, then it isn’t contradictory. It is a partial return to the old pagan view where matter was animated by a natural spiritual force. It is found in the old Taoist belief and in the modern Star Wars “may the Force be with you”. It is found in the worship of Brahma or Shiva and the new worship of nature, the rise of neopaganism, Wicca and its worship of the mother earth goddess. It is found in the new “EcoSexuals” with Annie Sprinkle and Beth Stephens marrying the soil. It is found in the recent creation of “International Mother Earth Day” by the U.N. whose president hailed it as promoting a view of the Earth as “the entity that sustains all living things found in nature”.

The Disney animation of plants and animals plays into this as well. Earth Religion followers viewed The Lion King as an “Earth Religion film”. It is why some see a near religious fervor within the climate change movement.

Spiritual Naturalism is found in Buddhism of old and modern forms of eastern religion, pantheism, Cultural Judaism and even the rise of Cultural Christianity, ergo Geering’s book: “Christianity Without God”. It leads us away from the reality of the physically risen Jesus to speaking instead of the “Christ-spirit” or Secular Humanism’s “spark of divinity” in every individual.

Spiritual Naturalism animates the materialistic world with a spirit-force. Not only do we now get to embrace shows like Buffy the Vampire Slayer and movies filled with dark spiritual themes and zombies and all kinds of spirit-force-animated super heroes and villains, but we also get some relief from the coldness of the old Naturalism. I can continue to reject the true God and at the same time talk at a funeral of dead loved ones who are still “present” with us or “her spirit is here, I just feel it” assertions. It allows David Beckham to speak of “something out there that looks after you” without being “religious”.  In other words, I get to have a more warm and fuzzy feeling about the cosmos and believe that I am more than just matter and energy without acknowledging my Creator or His Word.

And… I can begin to worship myself.

In fact, Spiritual Naturalism eventually leads to thinking that “I am”.

I am the way, the truth and the life.

This is Spiritual Naturalism at its core.

Previous: Naturalism and the Cosmic Cube