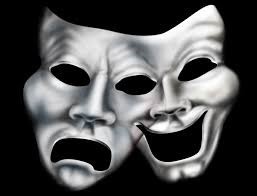 With the heated debate in the Senate over the nomination of Amy Coney Barrett to the Supreme Court, we are presented again with the political hypocrisy that has become mainstay in our country.

On the one side, the Democrats are howling that we should wait until after the election, that it is unconstitutional for the Republicans to fill the seat left by the death of Ruth Bader Ginsburg. In 2016, the Democrats were howling in the opposite direction, that it was Obama’s constitutional right to nominate a Supreme Court justice to fill the seat left by the death of Antonin Scalia. Scalia was a conservative justice and the Democrats wanted to tip the Court in their direction with a liberal justice from Obama. Now they are upset that Trump has nominated a conservative to replace the liberal Ginsburg fearing it will tip the Court in the conservative direction.

On the other side, the Republicans, in 2016, were arguing that Obama shouldn’t nominate a justice for the Court and they were putting forth the argument that it should be left up to the next president. Now they, too, are arguing the opposite.

I wrote in 2016 (Senate Outfoxed Playing Politics Versus Taking a Stand) that this was unwise on the Republican’s part because it was wrong. President Obama had the right to nominate a justice and the Senate had the right to approve or disapprove (which they did). If we were to get into this nonsense that we should wait for the “next President” to nominate, then when is that? When there is one year left? Two years? It was foolish and unconstitutional for the Republicans to make this argument then and it is foolish and unconstitutional for the Democrats to make it now.

Unfortunately, because we are bereft of a free press, these hypocrisies are only publicized in one direction. This is one of the deep, deep problems of the U.S. today. The press should do the howling against hypocrisy on either party’s part. If they howled, then maybe we could diminish some of it rather than seeing it grow exponentially along with all of the other pathologies that are equally publicized or ignored because they either benefit or hurt one party.

This, again, is why George Washington hated political parties. Right and wrong get replaced with power and control.