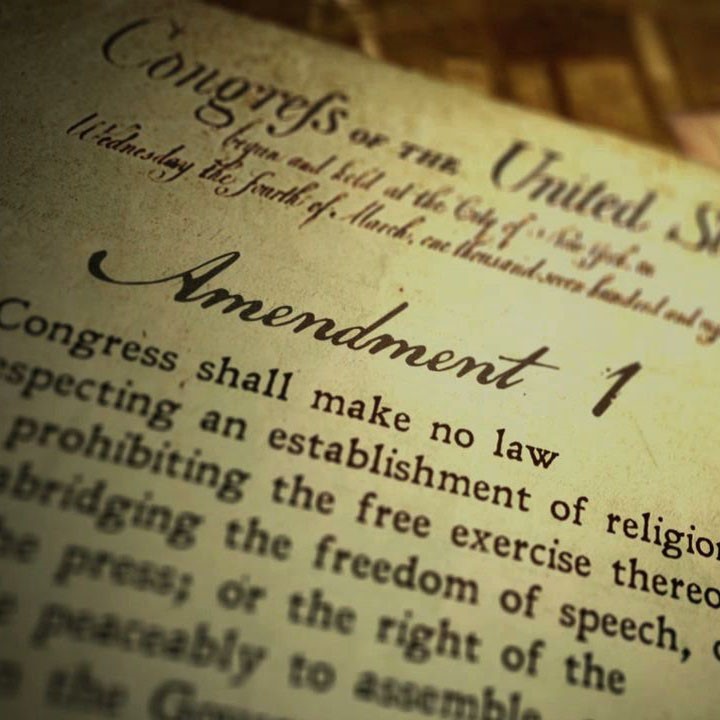 One of the many skirmishes with the current President, and there are many, is focused on the notion of a free press. Last Thursday over 300 news organizations, in a coordinated effort against the President, published editorials in defense of a free press.

But what in the world is a “free” press?

In the upcoming Engagement small-group series (launches late 2019) we will take some time talking about what has happened to various words in our culture. One of those is the word “freedom”. When a people become totally self-centered, as I believe we have, then “freedom” becomes all about me and my right to do whatever I want. We’ve even upped the ante on this in the last thirty years by divinizing the individual such that we believe our heart is the source of truth, which by default makes us each a little god. If I am divine, and my heart tells me that I’m a boy and not a girl, even at age 4, or I want to marry the soil (as Annie Sprinkle and Beth Stephens did in 2014) then who are you to speak against the gods? This has become the modern view of “freedom”. Unfettered by a transcendent Truth, we all become gods. However, we are insanely impotent little gods and we need the power of the press or the State to confirm and codify and adjudicate our god-ness and force the culture to accept and bless our “freedom” to act as precious little divines.

This notion now carries over into the new understanding of the “freedom” of the press.

The Founders weren’t interested in “freedom” as we want to define it today. They believed the foundations of this country were its solid stand on a belief in God (and therefore a transcendent right and wrong) and the people then acting morally in accordance with that transcendent Truth. Freedom was found in the right of an individual to become as fruitful as they were gifted and determined to become without the suppressing caste of ancestry or royal rights and without the tyranny of the State or any other power circumventing that liberty. The “free press” was critical to this dream because it would provide an essential “balance of power” to the State or Labor or the Church or to anything that would threaten those foundations or the freedom and liberty of the people. The Press was to be the nation’s non-political “umpire” whose power was to call attention to the people of violations toward this exceptional dream.

But what happens when the press begins to align with one side over the other? What would happen in a baseball game if the umpire never called strikes against one team and never called balls against the other? Do we rejoice because the umpire is “free” to call them the way he likes, helping his “side”, rather than according to the rules?

During the last administration, the President declared he would not enforce a law enacted by Congress (DOMA) because he didn’t like it. The press should have created a firestorm that scorched the political land. No President, who has taken an oath of office to support and defend the Constitution of the United States and to faithfully fulfill the position as head of the Executive Branch, which executes the laws enacted by Congress, should ever, ever be allowed to act as if he were supreme to the Legislative Branch and the Judicial Branch. Yet it happened and the press was silent.

Because the mainstream press has become aligned with a naturalistic worldview and its political party.

Conservatives have long protested this growing deep bias in the press. Studies have shown that the major news organizations are over 90% manned with left-leaning people.

There is nothing inherently wrong with that!

But, if the press doesn’t hold both sides accountable, then is it really “free” in the sense that the Founders dreamed and for which they fought?

I don’t think so.

Here is what needs to happen. When the President chides them over this issue, instead of firing back as if they are without fault, let them take a serious internal look and ask themselves if they are guilty of betraying the true notion of their profession. Ask themselves if they would have allowed Madonna to talk about “blowing up the White House” if it were against a blue President or if they would tolerate repeated attacks on a blue President’s wife and children. When I was at the White House, under a red President, I saw the unmerciful attacks in the press upon Justice Clarence Thomas and the derision that arose over the Vice President spelling “potatoe”. Then I left and saw a blue President use his power and influence to seduce a young intern in the Oval Office and the press and the feminists virtually turned a blind eye.

I want the press to call a fair game. I want them to take the current President to task when he is wrong. I want bad cops and bad judges and bad politicians exposed. But those strikes need to be called on both sides, not just one.

It’s a little comical though, and I suppose we ought to try to find something here at which we can laugh. The President is yelling at a bad Ump, and the Ump is desperately trying to throw the President out of the game, but he can’t and the Ump is growing unhinged because of it… all to the extreme delight of the President, who gleefully fires off another raspberry.

It is making for a wild and crazy game.

Let’s hope and pray it ends in something good for the nation.