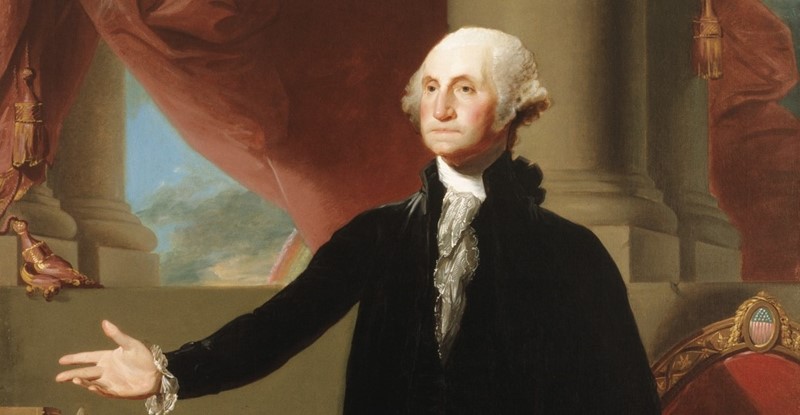 I remember the first time I heard George Washington’s Farewell Address. I was stunned. I heard things that didn’t match what I had been taught and his words described something far afield from what I was seeing in my job at the White House. It was so unsettling that it provoked an insatiable search to discover the truth about that generation and what they believed. What I found eventually led me to leave the White House to do whatever I could to restore the foundations they believed were absolutely critical to our liberty and freedom.

But it wasn’t just Washington’s words concerning the necessary foundations of religion and morality that stunned me, it was also his warning about “political parties”.

For the political parties today, by and large, do just that.

Case in point: the current flap over whether or not the Census in 2020 should include a simple question that asks if the person is a citizen of the United States. Now, for a farm kid from Idaho, this sounds like a reasonable question that a nation might want to ask. Many other nations ask it; the U.N. recommends it; the Constitution actually demands it by requiring "complete and accurate data" and this is why it was a question on the Census up until the 1950's. One would think, in our times of intense debate about illegal aliens, that we would want to have accurate data on the subject. But, instead, it has now created a firestorm and numerous states have brought a law suit to ban this question from the Census. Eric Holder and the California Attorney General claim this question is "irresponsible" and "unconstitutional".

Why? What is going on here?

Well the answer isn’t found in something compassionate concerning non-citizens, but it is found by looking at the loss or gain of power associated with asking a citizenship question. One particular party knows that if the Census asks that question, it could change the numbers that would reduce their power.

This is much like the flap over the Constitution’s three-fifth rule concerning counting slaves. Many have pointed to it as proof that the founders believed black people were only three-fifths of a human being. But they are ignorant of the fact that it was all about power. The slave-states wanted their slaves counted so it would increase their “representation” and the non-slave states didn’t want them counted because they wanted to reduce the power of slave-holding states.

If you look behind the rhetoric today, you will find much of the same thing. One party derives power by having more illegal aliens in the country or by increasing the number of “dependents” or “wards” of the state; both parties derive power by promising largess from the treasury; one party derives power by doing everything it can to destroy the reputation of those in the other party.

Is it for the flourishing of the people?

No. It is for power.

Why do many votes fall along “partisan” lines? Is it because they differ so radically on what would be best for the nation or is it simply for the sake of their party? When a sound judge is nominated for an office, why does one party stonewall him? Is it for the best of the nation or is it another party power play?

It’s all about power.

You’ve heard the phrase “follow the money”. Well, when you see and hear the intense political rhetoric and hatred today, simply ask the question:  “Which party gains from this?”… and you will have a better understanding of what is really going on.

Often, one party will feign a deep benevolent concern for a segment of the culture, but it is not because they have a real compassionate heart for them, some do for sure, but it is primarily because that segment represents a voting block. Much like Judas (John 12:5-6), who feigned concern for the poor, not because he had a real compassion for them, but because he was stealing from the till.

It’s all about power. And power is about money and control and significance.

And that does not seek the “general welfare” of the nation.

“It [the political party] serves always to distract the public councils and enfeeble the public administration. It agitates the community with ill-founded jealousies and false alarms, kindles the animosity of one part against another, foments occasionally riot and insurrection. It opens the door to foreign influence and corruption, which finds a facilitated access to the government itself through the channels of party passions.”

He also believed that this “partisan lust for power” and the alternating domination of one political party over another would eventually lead to one party, when it enjoyed the position of power, to “exact revenge on the other”.

It isn’t hard to see, with the deep hatred that is expressed by the current party out of power, that when they regain it, they will scorch the earth with revenge.

And that is why Washington was not a party animal.