“Millions of White Voters Are Once Again Showing Who They Are” 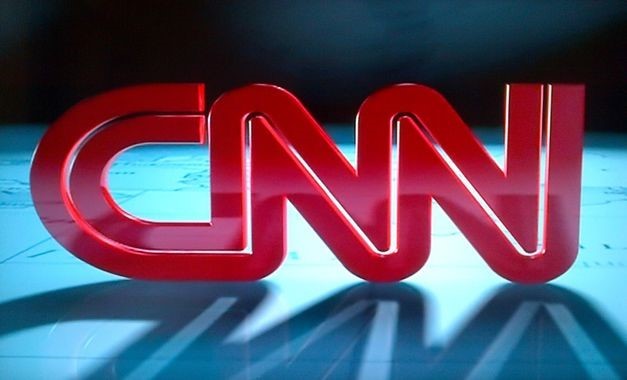 I thought this CNN article would be a good way to illustrate how the Woke (Marxist/Socialist) worldview creates its own ethical foundation. Remember, Marxism believes that anything that promotes the movement toward Socialism/Communism is moral; anything that hinders it is immoral. If you look at this headline and read the article, you will find that it is blatantly racist. Here is a quote:

Indeed, one thing that this week has clarified is the lengths to which many White Americans are willing to go in order to protect their Whiteness, to centralize it…

This should be deeply offensive to all Americans, not just white folks. To stereotype a group of people based upon the color of their skin, berate them and charge them with a motive of seeking white supremacy because they voted Republican is something that should be deemed distasteful if not deplorable. If the same article had been written against “black” or “brown” or “Asian” or “Latino” people, my guess is the author, Brandon Tensley, who works for CNN, would be soundly sacked.

Now, I am not issuing a call for him to be fired. I believe CNN has the freedom to speak, even with deep racist tones, as they have. We also have the freedom to not subscribe to their products or tune them out. My purpose, rather, is to show that we live in a culture that increasingly buys the Marxist/Socialist worldview and with it, an ethical relativism that calls good evil and evil good. In Tensley’s article, it is considered good to speak racist words if it targets the cultural hegemony. He will not be called on the carpet for this, but rather praised.

Because it attacks the cultural hegemony. It furthers the fomenting of hatred by one group towards another. It furthers discord and anger and violence in the hope of a revolution that overthrows the current cultural hegemony so that the Woke elites can rule with absolute power. This, of course, is a scam, for it promises “liberation” and “spoils of war” to the revolutionaries, but they also will lose in the end—the revolutionaries will themselves become slaves to the elite, as history consistently shows.

So, racism has been redefined. Racism can only exist in the hegemony, never in the Woke, even if their actions are racist. To them, they are not. This is why, since this worldview has captured our universities, you can have available the most racist of courses that will not be called racist. And, because it has captured virtually all of the social “powers” in our country, from Hollywood to Duke, from internet monopolies to big CNN-type media, those on the Woke team will always be given a pass. Since they are furthering the agenda, then their acts are moral. This is why Joe Biden could say: “If you don’t vote for me, you ain’t black” and nothing came of it. Can you imagine if Trump had said, “If you don’t vote for me, you ain’t white”? There would have been not only a media firestorm of firestorms, but there most likely would have been violent rioting in our cities. Why? Because Woke is moral and Unwoke is immoral. This is why most Christians see things going on around them and have a deep sense they are “unfair” or represent a “double-standard”, and yet don’t understand why saying so is greeted with a blank stare from the Woke, who think it is righteousness.

This is also why you might not have heard that most of our cities were boarded up the night of the election in fear of the violence if Trump was re-elected. Star Parker writes how ShutDownDc, a leftist group, had created a “hit list” of 27 conservative organizations in Washington DC, including her Center for Urban Renewal and the Heritage Foundation, against which they were going to “execute vigilante justice” if the election went the wrong way. The Woke media, of course, was silent. Star was right to ponder, as she looked at a boarded-up DC, that this is what one would expect in Cuba or Venezuela, but not here.

But it is here. It is a worldview that holds an increasing sway in all the social powers and it seeks to destroy. It is demonic and it is gaining a death grip.

I am quite aware that what I write here, according to Woke Think, is immoral, evil, hateful, racist, bigoted and should be destroyed, torn down, burned down. Don’t be surprised if someone tries to “cancel” it.

But what are we to think of these things? How are we to respond? Do we retaliate? Do we curse and burn and vandalize?

In this instance, we are to pray that a true Christian enters Brandon’s life, builds a significant relationship with him, diligently prays for him, if perhaps the Lord will give him a new heart.

And why do we care?

First, because worldviews have consequences and they are sometimes dire. If we care for others, then we will fight against those things that will destroy them and make them an unfruitful creation. We fight against racism and bigotry and hatred and stirring up strife. And we fight against a worldview that speaks like an angel of light but, in the end, enslaves them.

Second, we care because we are dealing with souls who have been taken captive by the devil to do his will. When we see someone write things as Tensley did, it should move us with compassion, not anger. Remember, Brandon is not the enemy. The worldview that has taken him captive is the spiritual force of darkness with which we do battle.

We need to engage accordingly.