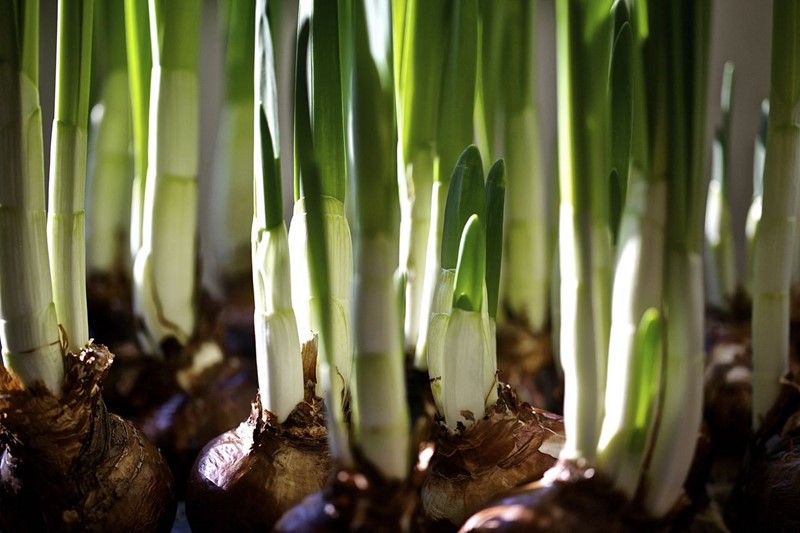 I have come to be in awe of this attribute of God, for it reveals to us one of the most remarkable characteristics of His nature and, I would dare say, even the very heart of God. As such, it is not surprising that we see it deeply manifested in every aspect of life.

It is not a word that is literally found in the Bible, just as we will not find omnipotent or omniscient or triune, but the delegations of God are unmistakably revealed in both the Scriptures and throughout the general revelation of what He has made.

It was first manifested in creation…easiest to see when He created plants. He didn’t create them as mere endpoints, but instead delegated to them the authority and responsibility to bring forth new plant life. He created them for this purpose. He did the same with the animals and man. We were created and then equipped and sent to multiply and fill the earth.

But He didn’t create this way.

In fact, I will go so far as to say that He couldn’t have made His Creation sterile, because that would be contrary to His own nature. God is the God of life, yes, but almost more importantly He is the God who delegates. And when it comes to life, He delegated to His creatures the authority and power and capability to, themselves, create new living creatures…after their own kind. For their delegated authority was limited. They were not given the power to create life after another kind. They were given the authority and the means to create life after their own kind…only.

And God was pleased with this. He was zealous for this.

He has a zeal for His creatures to flourish.

And this flourishing, this “fruit” of His creatures, brings their Creator great glory.

This is the God who delegates.

But He does not delegate authority just for the reproduction of new life; He also delegates the authority to carry out other aspects of His purposes and plans.

This too, is for His glory.

This is why He sends.

This is why Moses was sent to Egypt rather than God going to Pharaoh Himself.

This is why God chose to send Jonah to Ninevah…and Elijah to Ahab…and Paul to the Gentiles.

This is why you and I are sent. This is why we are commanded to agape our neighbor.

This is the God who delegates.

The king carries authority and bears the sword only because God has delegated that authority to him. He is to use that authority to punish evil and to condone that which is good. If he rules with righteousness, there will be blessings. If he reigns with arrogance and pride, he will find himself in a pasture, insane and eating grass like a cow. Maybe not exactly like Nebuchadnezzar, but his judgment will come…sooner or later. If he thumbs his nose at the God of the Universe, if he rules with wickedness and evil, with oppression and theft, with injustice and bribery and selfishness…then he will suffer divine consequences…and his nation as well.

This is so contrary to our sinful lust for power and control. When we obtain power, we generally misuse it or crave for more.

God gives it away.

The king rarely gives up power and authority. He usually grabs all he can, consolidating authority and power until he bloats on it and the whole culture collapses.

But God delegates His authority and His power. He gives it freely and willingly so that His creatures might be fruitful and that fruit, in turn, brings Him glory.

And the Son, in turn, granted authority to His disciples…and to us.

Oh how awesome is our God, that He should delegate to us such a precious and valuable task!

If we were fully perceptive enough in all of this, I would suppose that we would then come to our senses and recognize why He has granted us the mysterious authority to ask of Him, to petition Him, such that if we do not ask, we do not have. Herein lies the great puzzle of the delegation of a perfect God to His imperfect creatures.

“For He seems to do nothing of Himself which He can possibly delegate to His creatures. He commands us to do slowly and blunderingly what He could do perfectly and in the twinkling of an eye.” C. S. Lewis

(I took this picture of the Paper Weights we were growing inside our house before transplanting. Canon 5d Mark II, Macro lens)

Verses to ponder throughout the week:

And God blessed them. And God said to them, “Be fruitful and multiply and fill the earth and subdue it, and have dominion over the fish of the sea and over the birds of the heavens and over every living thing that moves on the earth.” Genesis 1:28

The decision is announced by messengers, the holy ones declare the verdict, so that the living may know that the Most High is sovereign over all kingdoms on earth and gives them to anyone he wishes and sets over them the lowliest of people. Daniel 4:17

Seven times will pass by for you until you acknowledge that the Most High is sovereign over all kingdoms on earth and gives them to anyone he wishes. Daniel 4:25

For I have not spoken on my own authority, but the Father who sent me has himself given me a commandment—what to say and what to speak. John 12:49

And Jesus came and said to them, “All authority in heaven and on earth has been given to me. Matthew 28:18

…and what you have heard from me in the presence of many witnesses entrust to faithful men who will be able to teach others also. 2 Timothy 2:2

Did he not make them one…? And what was the one God seeking? Godly offspring. Malachi 2:15

Let everyone be subject to the governing authorities, for there is no authority except that which God has established. The authorities that exist have been established by God. Rom 13:1

…and just as My Father has granted Me a kingdom, I grant you that you may eat and drink at My table in My kingdom, and you will sit on thrones judging the twelve tribes of Israel. Luke 22:29-30

For you granted him authority over all people that he might give eternal life to all those you have given him. John 17:2

The glory which You have given Me I have given to them, that they may be one, just as We are one; John 17:22

His divine power has granted to us all things that pertain to life and godliness, through the knowledge of him who called us to his own glory and excellence… 2 Peter 1:3

But remember the Lord your God, for it is he who gives you the ability to produce wealth, and so confirms his covenant, which he swore to your ancestors, as it is today. Deuteronomy 8:18

Go therefore and make disciples of all nations, baptizing them in[a] the name of the Father and of the Son and of the Holy Spirit, teaching them to observe all that I have commanded you. Matthew 28:19-20

For we are his workmanship, created in Christ Jesus for good works, which God prepared beforehand, that we should walk in them. Ephesians 2:10

But thanks be to God, who always leads us as captives in Christ’s triumphal procession and uses us to spread the aroma of the knowledge of him everywhere. For we are to God the pleasing aroma of Christ among those who are being saved and those who are perishing. To the one we are an aroma that brings death; to the other, an aroma that brings life. And who is equal to such a task? 2 Corinthians 2:14-16