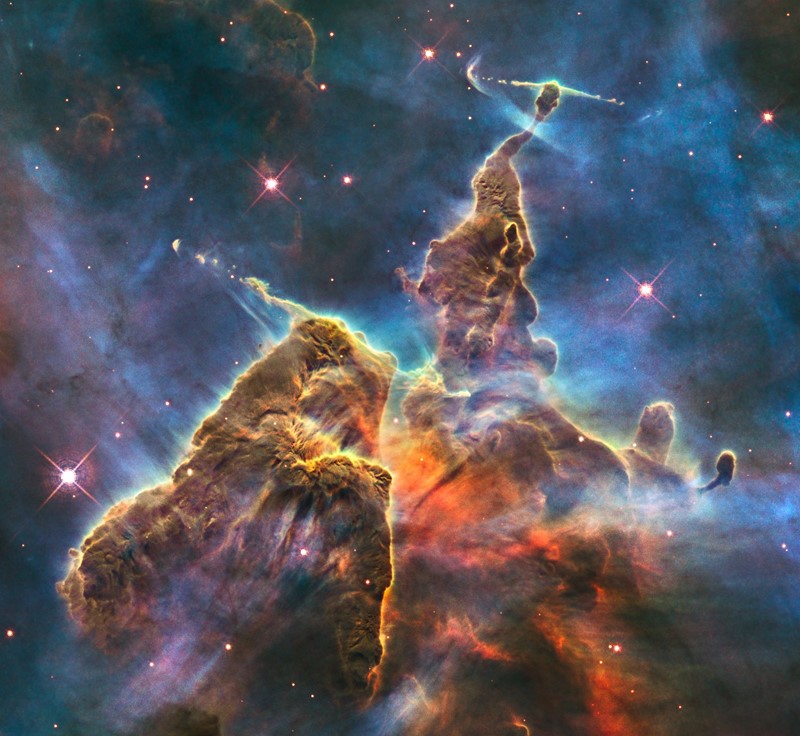 Nothing instills confidence in one’s own control and power than a new year. The calendar is fresh and new. Resolutions are made with an inner assurance that this year you will really make it happen. You will lose the weight; you will exercise consistently all year; you will accomplish this objective or that objective.

Visions of being in control instill a deep sense of power and significance, which we love.

But, alas, February arrives and by March the vast majority of people’s New Year resolutions have either been abandoned or severely modified.

Because in reality we control very little of our circumstances or the people and forces around us. This doesn’t mean we shouldn’t make plans. But we must acknowledge that our plans are fully subject to God’s plans.

In Luke 12, Jesus told the parable of the rich man who had big plans to build more barns and then retire, eat, drink and be merry. But God had other plans and said to him that he would die that night.

James chides those who would say: “Today or tomorrow we will go into such and such a town and spend a year there and make a profit” not because there is anything wrong with making plans, but to think that you can make those plans outside of God’s plans is to fail to recognize that we are but “a mist that appears for a time and then vanishes”. Instead, James says that we should  say: “If the Lord wills, we will do this or that.” James 4:13-15

Because the will of the Lord trumps everything and His plans supersede all plans.

So, let’s contemplate for a little while the “plans” and the “will” of God and why they both are bound up in what we call His “eternal decrees”.

Therefore, it would be wrong to think that God makes a decision or sets His will at some point in our time. If He sets His will it has always been set. If He forms a plan, it has always been formed. This is difficult for the finite mind to grasp. We can’t imagine how a being can be infinite and eternal, fully omniscient and omnipresent such that He is fully present in the eternity past and the eternity future.

We always get in trouble when we try to understand God in the context of our physical realm. This is why all attempts to say: “Well the Trinity is like…” and then we offer some physical example, which is always short of the reality… like eternally short.

But, we have to use finite words to describe infinite things, just as God has revealed Himself to us in finite words, because that is all we have in this finite realm.

So how do we speak of God “forming a plan” or “setting His will” without implying that there was a moment in our time when He did so? Well, the best I’ve heard is the old phrase “God’s eternal counsel” which allows us to speak in words that make sense to us: “God, in His eternal counsel” did thus and so. But even this phrase can be problematic if we begin to think that there was a “counsel” that God had at a point in our time in which He came up with a plan or some aspect of His will. This might lead us to think that there was a “time” when God was coming up with an idea or plan. But God, who knows everything from all eternity past cannot be thought of making a decree in which He has for an eternity been unaware of.

This is where we stop and hold our head and say “Oh, my!”

Now, don’t run off the track there, because this does NOT mean that God doesn’t act IN time and space. He does. Jesus came in the form of a baby. He met with Abraham and made a covenant with him. He destroyed the world with a flood. He has acted at countless times (our times) in the past and He will, no doubt, act countless times in the future.

We just need to be careful that God’s “actions” in our finite world don’t cause us to make Him therefore finite.

When God asks “Adam, where are you?” this doesn’t mean that God was clueless as to where Adam was hiding. God knew Adam would fall and knew he would be ashamed and knew he would try to hide from God… and He knew all of this for all eternity.

When Abraham “bargains” with God over how many righteous people it would take to spare Sodom, it doesn’t mean that God was over-matched by Abraham’s negotiation skills. God was fully aware of all of this in the eternity past. But in order for God to interact with finite man, He must stoop into our world to do so. And if He wanted Abraham to plead for Sodom, He must interact with Abraham as He did. If He wants Adam to confess that he is hiding and why, God must ask, “Adam, where are you?”

And so, it is in the context of the mind-blowing contemplation of God’s eternal nature, that we speak of His eternal decrees.

In Acts, when Peter is speaking to the Jews at Pentecost, said:

“… this Jesus, delivered over by the predetermined plan and foreknowledge of God, you nailed to a cross by the hands of godless men and put Him to death.” Acts 2:23

Here we have the notion of an “eternal counsel”, as we are finitely bound to call it, where this plan of God was “predetermined”. In other words… in the eternal past. This is also an amazing look at how the decrees of God and man’s finite actions somehow intersect in a way that man is fully responsible for His actions and God is fully sovereign in His plans and purposes.

Nowhere, is this more starkly clear than in one of my favorite passages from Isaiah:

“Remember this and stand firm,
recall it to mind, you transgressors,
remember the former things of old;
for I am God, and there is no other;
I am God, and there is none like me,
declaring the end from the beginning
and from ancient times things not yet done,
saying, ‘My counsel shall stand,
and I will accomplish all my purpose,’
calling a bird of prey from the east,
the man of my counsel from a far country.
I have spoken, and I will bring it to pass;
I have purposed, and I will do it.” Isaiah 46: 8-11

Make your plans. Establish you goals. Seek to do better. All of these are good things.

And may our goals and what we seek, all be found to be in accordance with His plans and purposes… “if He wills”.

Verses to ponder throughout the week:

Many are the plans in the mind of a man,
but it is the purpose of the Lord that will stand.

O Lord, you are my God;
I will exalt you; I will praise your name,
for you have done wonderful things,
plans formed of old, faithful and sure.

“For this the earth shall mourn,
and the heavens above be dark;
for I have spoken; I have purposed;
I have not relented, nor will I turn back.”