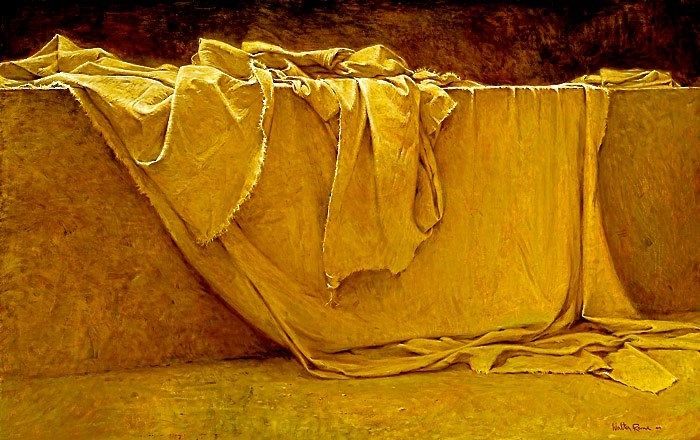 I saw “Risen” last week while in Tennessee. Great movie. I had never thought about the possibility that Pilate would have a deep interest in finding the body of Jesus. For sure, the Jewish hierarchy would have been rabid to do so. They had taken measures beforehand to ensure no one stole the body and then when the tomb was found empty, they immediately bribed the guards to spread a lie. For sure, they would have done everything possible to find Jesus’ body in order to squash a “resurrection” movement. But I’ve never considered the political pressure that Pilate would have felt to do the same.

With both the power of Rome and the power of the High Priest joined together to find the corpse, it would have been pretty much impossible for someone to pull off such a hoax. Especially since, as the movie portrayed, the evidence at the tomb had to be significant. Ropes that were busted “like thread”, the huge stone tossed aside like nothing, grave clothes collapsed upon themselves, guards giving fearful testimony of something terribly “supernatural” happening… evidence that didn’t match up with a body heist by a bunch of uneducated fishermen.

The movie followed a plausible course in which the Roman Tribune, sent by Pilate, squeezes all the possible suspects and witnesses, looking for answers, and, hopefully, a dead body. But instead of a corpse, the Tribune comes face to face with Jesus… alive. Risen. Just as He had said.

But what struck me was the scene when the Tribune had hauled in Bartholomew and was putting pressure on him to reveal where they had taken the body. The disciple wasn’t fazed by the intimidation, nor the threats. Surely, the Tribune had the power of life and death over him, but Bartholomew was overpowered, instead, by the reality that Jesus was really, really alive. He had seen Him. He had talked with Him. It was true… absolutely true. All doubts were now gone. And if Jesus had really risen from the dead, then everything about Jesus… everything He had said, everything He had done, everything He had been teaching them was not only confirmed, but it meant that death was NOTHING… the grave was NOTHING. And so, standing in the presence of a worldly power that could have easily hung him on a cross as well, Bartholomew spoke with a sense of awe and inner joy: “If you want to crucify me, I will gladly submit… this changes everything!”

And from that point on in the film, in the back of my mind I wondered, why don’t I carry that same sense of awe and inner joy and outlook on life?

The resurrection of Jesus is by far the most documented event in the Scripture. It is virtually impossible for anyone to mount an honest and credible argument against it. For those, of course, who do not believe, no amount of evidence would suffice, much like George Wald and spontaneous generation or Francis Crick and DNA.

But I am not writing for those who do not believe, but for those who do… because it is easy to allow the narrative of the Easter event to become just that… an oft-heard narrative… so familiar, so common, that we are no longer moved by its reality.

That is why I have continually asked myself the question:

“Do you really believe that what you believe is really real?”

Bartholomew was realistically portrayed in the movie as one who had “seen the risen Jesus” and for him it “changed everything”. The Tribune saw Jesus alive as well and the movie concluded with him taking off his Tribunal signet ring and confessing, “I can never be the same.”

For those of us who believe, we, too, at some time have confessed the same thing, that we would never be the same again.

But the flow of the world pulls at us daily… like a relentless gravity… and our perspective shrinks back into the box and into the mold of a world that continually acts as if there is nothing outside of that box… the only reality is the physical realm that we are bumping around in minute after minute, year after year, life after life… matter and energy is all there is… survival of the fittest… grab what you can… all about me… nothing really matters.

And all of that would be true…

Jesus rose from the dead.

“Where, O death, is your victory?

May this amazing reality be lived out in our lives daily.

Because if He lives…

it really does change everything.