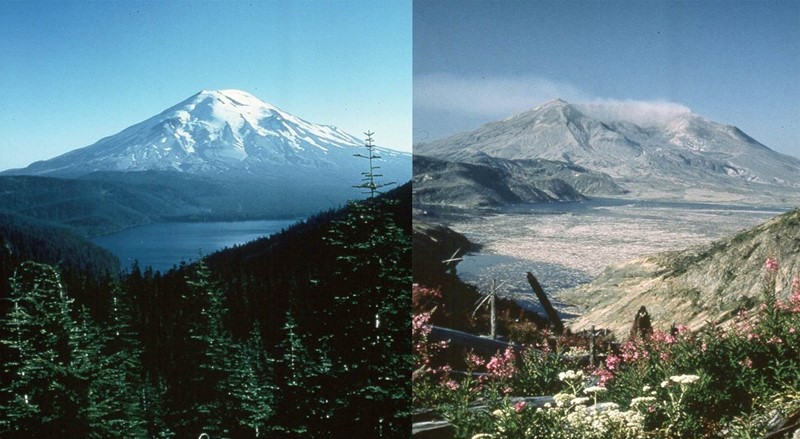 I am in the state of Washington to film part of a 90-minute documentary that we are nominally calling “Is Genesis History?”

We already filmed one of numerous segments in the dinosaur digs at Hanson Ranch in Wyoming and now we are looking at the incredible destruction and geological formations created rapidly by the volcanic eruption of Mt. St. Helens in 1980.

On May 18 at 8:32 am, an avalanche caused 3.3 billion tons of earth that had been bulging on the side of the mountain to slide away, exposing the forces pent up beneath it. The 1700-degreee magna, which had been pushing up for months, had a layer of “super-critical” water between it and the surface. When that surface fell away, the water exploded in a steam blast with the force of 20 million tons of TNT, destroying about 150 square mile, 57 lives, trees, wildlife and anything else in its path.

This was followed by mud and pyroclastic flows which reshaped the surrounding features of what used to be a vast, lush forest. The forces at Mt. St. Helens that were on display for us to witness and record, have introduced evidence that the standard geological story that I was taught and most likely you were taught, has to be revisited.

I’ll try to give you a picture of that evidence over the several days that we are here.