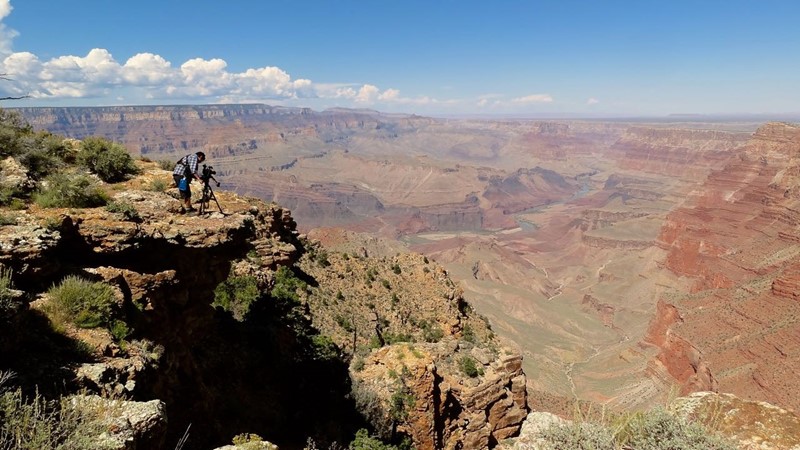 I have rafted down the Grand Canyon twice and been to the rim numerous times, but it still takes my breath away. This is our third day here and we finally made it up to the eastern end of the South Rim. Tom is manning one camera out on the point. We are with Dr. Steve Austin, an incredibly smart geologist who has spent years below the rim studying nautiloid fossils and other features in this amazing place.

Beyond the beauty, however, the Grand Canyon gives us the unique opportunity to see a stark display of sedimentary layers…layers that are found all over the world. They sit on top of a bed of metamorphic rock and extend, in some places, upward for three miles. The odds are you are standing on massive layers of sediment right now.

The conventional story that is told in our schools and universities and even the signs in the National Parks is that all of this was formed over millions and millions of years by slow, gradual processes. The problem is that the evidence doesn’t match that story. We saw at Mt. St. Helens how complex geological formations can appear in a matter of hours or days. Even conventional geologists are beginning to look more toward a “catastrophic” answer to what they see, not only in the Grand Canyon, but around the world. Dr. Austin is one of many scientists that are finding that the history recorded in Genesis is accurate and gives us a true basis for understanding the geological story that is recorded in the earth.

In the next few days, we will look at a some of that evidence.