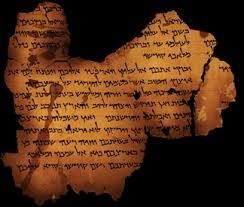 My approach to inerrancy is simple. Yes, there are a lot of wonderful ways to show the inerrancy of Scripture: number of authors, internal evidence, external evidence, etc., which we hope to provide for you when I can get to writing it down. All good stuff and important for both the believer and non-believer to examine honestly and openly.

But I always rest upon this logic: If God is God and He is everything He has said He is and He is a personal God who wants to communicate to His creatures who He is, then He would not only communicate, but He would insure that it was communicated inerrantly. And, since it is a consistent part of God’s nature to work through His creation, He would use finite man as an agent in that communication and superintend inerrancy over that process.

That just seems to be quite logical to me.

I do not apologize for coming to any bible text with this a priori commitment to inerrancy (in the original manuscripts). In the Truth Project, we dealt with the long-standing accusations against the inerrancy of the Scripture based upon the confusing dates of the Old Testament kings. And, on the surface, they appear quite contradictory. But Edwin Thiele, who came to the text believing that it was inerrant, persevered over a lifetime to bring us an amazing solution.

If one comes to the text believing, a priori, that it is NOT inerrant, then the easiest thing to do is to pronounce it full of contradictions, terribly faulty, and walk away saying “You are foolish to trust the Bible.” If, however, one comes to the text committed to its inerrancy, then one will search for an understanding of how it all fits together.

This would be like working on a jigsaw puzzle and having several sections assembled but convinced they cannot be put together. You leave in skeptical disgust charging that someone tried to deceive you by putting pieces from separate puzzles in the box. (That would be dastardly! :) ) Another, instead, believes they all form one grand picture and diligently works to find the intervening pieces that beautifully join together that which seemed to be contradictory.

This is what Edwin Thiele did and what many have done. This is what diligent archeologists have done as they have year after year continued to dig and finally been rewarded with vindicating evidence.

After all of my years of study dealing with charges and accusations against the Scripture, I have yet to find anything that shakes my confidence in the veracity and inerrancy of God’s Word.