If Jesus Rose from the Dead, then (#21) It Would Have Radically Changed the Disciples 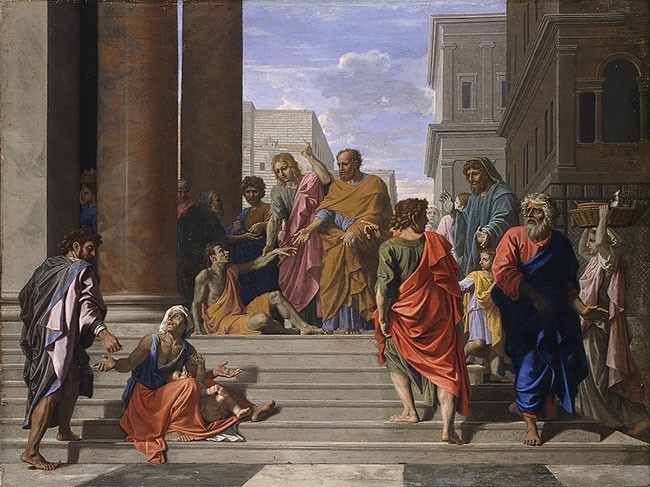 As [Peter and John] were speaking to the people, the priests and the captain of the temple guard and the Sadducees came up to them, being greatly disturbed because they were teaching the people and proclaiming in Jesus the resurrection from the dead. And they laid hands on them and put them in jail until the next day, for it was already evening. Acts 4:1-3

When you are making a defense for the resurrection, you will eventually be led to speak of some of the “circumstantial” evidence, most particularly, the radical change in the disciples and the subsequent birth and explosion of Christianity along with its deep impact on the world.

Today we will briefly look at the first of those, the deep transformation within those who were eye-witnesses of Christ’s resurrection.

Our opening passage is from Acts 4, which we are going to walk through. This takes place after the resurrection and after Pentecost, for which Jesus commanded the disciples to wait. We will eventually reach that event in this series of articles, but the coming of the Holy Spirit is tied directly to the resurrection. Jesus said that if He didn’t go away, the Holy Spirit would not come. And now, Peter and John are found preaching boldly throughout Jerusalem, “proclaiming in Jesus the resurrection of the dead”. The immediate preface to this chapter has Peter and John, in the name of Jesus, healing a man lame from birth. When the crowd then gathered because of this miracle, Peter preached his second sermon. The result of these things is found in verse 4:

But many of those who had heard the message believed; and the number of the men came to be about five thousand.

Five thousand! Within a few weeks of Jesus leaving, the world is already starting to turn upside down. And for this they were arrested, much like Jesus was. The priests, the Sadducees and the temple guard laid hands on them and threw them into prison.

Had I been Peter or John, I would have been thinking that we were going to be crucified for sure. The next morning made it worse:

On the next day, their rulers and elders and scribes were gathered together in Jerusalem; and Annas the high priest was there, and Caiaphas and John and Alexander, and all who were of high-priestly descent. When they had placed them in the center, they began to inquire, “By what power, or in what name, have you done this?” (verse 5-7)

Consider the pucker factor here. Think of the intimidation. They were hauled out of jail and made to stand in the center of the courtroom, surrounded by the rulers, elders, scribes, the high priest, Caiaphas, Alexander, and “all who were of high-priestly descent”. This was the same power block that had, not long before, used their authority to put Jesus to an unspeakable death. Now they were showing that muscle again… to some common fishermen. If the resurrection had been a hoax or conspiracy or just some hallucination, now would be the time to recant, fall in line, and maybe be back to fishing by the end of the week.

But, instead, these common, ordinary men, looked at the possibility of death and spoke boldly, with confidence:

Then Peter, filled with the Holy Spirit, said to them, “Rulers and elders of the people, if we are on trial today for a benefit done to a sick man, as to how this man has been made well, let it be known to all of you and to all the people of Israel, that by the name of Jesus Christ the Nazarene, whom you crucified, whom God raised from the dead—by this name this man stands here before you in good health. He is the stone which was rejected by you, the builders, but which became the chief corner stone. And there is salvation in no one else; for there is no other name under heaven that has been given among men by which we must be saved.” (verse 8-12)

Instead of recanting, Peter and John threw it all in their faces. They testified to the risen Lord, “whom you crucified” and “whom God raised from the dead”. Not mincing words, Peter then declares to them that Jesus had become the chief cornerstone, which they had rejected. And to top it off, he undercuts their entire religious framework by declaring that there is no other name by which one can be saved.

Whoa! I fear the weight of what was happening here at this moment is most likely lost on us as we breeze through the text. This was monumental! These were the top of the hierarchy of Judaism before whom they stood. And Peter and John, as we read in the next verse, were simply “uneducated and untrained” men. Yet, the “confidence of Peter and John” (verse 13) amazed them and the authorities then huddled up to confer over what in the world they were going to do. Because the miracle was “apparent to all who live in Jerusalem”, they were afraid to do anything except to deliver a stern warning to Peter and John:

And when they had summoned them, they commanded them not to speak or teach at all in the name of Jesus.(verse 18)

Here we have the first formal, legal order not to speak or teach “at all” in the name of Jesus. What is remarkable is that instead of a “Yes, sir” with which every good Jew should have meekly responded to the high priest, we see this:

But Peter and John answered and said to them, “Whether it is right in the sight of God to give heed to you rather than to God, you be the judge; for we cannot stop speaking about what we have seen and heard.” (verse 19-20)

Such boldness is stunning! It wasn’t that long ago, that these men were huddled together behind locked doors because they feared the Jews. Now they were standing before the entire Jewish power structure declaring that they would disobey their orders not to speak or teach in the name of Jesus. Absolutely stunning.

Here is a later verse in this chapter:

And with great power the apostles were giving testimony to the resurrection of the Lord Jesus, and abundant grace was upon them all. (verse 33)

I can’t think of a better chapter to walk through to understand the radical change that occurred in the disciples than this one. But, the entire New Testament is a testimony to their lifelong commitment to the resurrected Jesus. It radically changed Jesus’ brother, James and it radically changed Saul of Tarsus.

And they took this conviction all the way to their deaths. Their beliefs didn’t get them high positions in the hierarchy, nor any kind of material gain, but rather a lifetime of hardship, jail time, floggings, hunger, ridicule and, in some cases, a tortuous death. The first was Stephen, stoned to death (Acts 6-8), followed by James, John’s brother, who was put to death with a sword by Herod Agrippa (Acts 12:1-2). Jesus told Peter that it would not end well for him on this earth (John 21:18-19). Early accounts are that Peter was crucified.

Most of these men died for what they had seen with their own eyes. They remained faithful to the end. It is impossible to think they would have gone through a life of hardship and a death of torture for a lie.

Yes, this provides us with powerful circumstantial evidence for the resurrection, but it also provides us with encouragement. For such is the “cloud of witnesses” that forms part of the heritage and legacy in the body of Christ. These were” men of whom the world was not worthy”. (Hebrews 11:38)

I pray your life has been radically changed as well.