If Jesus Rose from the Dead, then (#20) Jesus Was and Is Alive 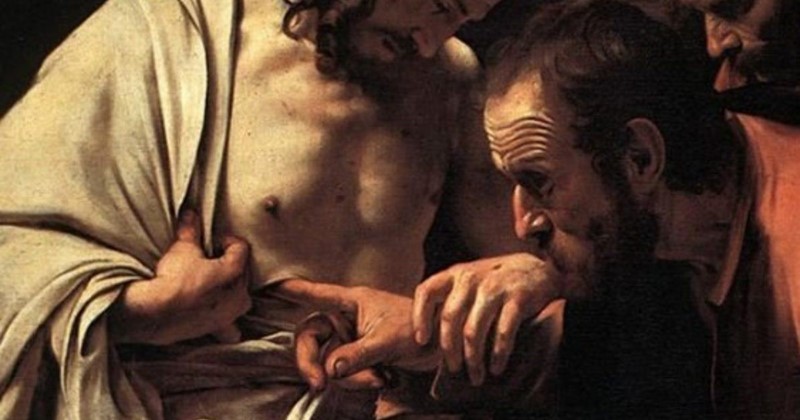 Then he said to Thomas, “Put your finger here; see my hands. Reach out your hand and put it into my side. Stop doubting and believe.” Thomas said to him, “My Lord and my God!” Then Jesus told him, “Because you have seen me, you have believed; blessed are those who have not seen and yet have believed.” John 20:27-28

The physical body of Jesus was raised from the dead.

We now come to the last of the most significant charges in our day—that Jesus didn’t “physically” rise from the dead. Before we look at them, let’s review the evidence we have examined so far that points to the reality of the resurrection:

However, it is the appearances of a risen Jesus that truly cements the reality of the resurrection. Although we have mentioned those appearances before, it is now time to detail them and their significance. Jesus didn’t just appear to one or two and therefore leave us with some credible doubt, He appeared to many:

With all of this, let’s now look at the accusations concerning the appearances of Jesus after His resurrection. There are four that are prominent:

One. The appearances were merely hallucinations.

When my dad began having strokes near the end of his life, he would sit in our dining room and, on occasions, ask who was walking around in the forest behind our house. Of course, in the beginning, we would look as well, and find no one. This happened enough that we eventually came to realize he was suffering from some form of hallucination. But only my dad experienced them. I loved him dearly, and I longed to look outside and see someone, so that I wouldn’t have to deal with the reality of what was happening to him. But I never saw anyone. Never.

Hallucinations, by nature, are confined to an individual. And, by nature, they are not perceived by others. You may have a hallucination and might be able to tell me about it, but I wouldn’t be able to see it with you nor personally experience it with you. There is no such thing as “group” hallucinations that we are, by this charge, led to believe happened to the Twelve and to over 500 at one time. I remember when I first heard this theory and was struck by how irrational it was. Nevertheless, it still floats around.

Another answer to this charge is that not all who saw Jesus were “believers” and subject to the accusation that this was some "wish fulfillment" . Thomas was a skeptic; James was a brother who for his whole life had rejected Jesus as anything but a mere mortal; Paul was a persecutor of the Way when He met Jesus on the road to Damascus. They saw the risen Jesus and were radically and dramatically changed.

Two. The appearances were mistaken identity.

Schoenfeld, in his Passover Plot, asserts that the disciples were simply mistaken about the appearances. They were so yearning for this to be true that they misinterpreted regular folks as being Jesus. He points to Magdalene thinking He was a gardener and especially the strange thing we find with Cleopas and his companion on the way to Emmaus when they didn’t recognize Jesus until He broke the bread. For Magdalene, she was sobbing, and had therefore not recognized the angels as such, and it wasn’t until she finally turned toward Jesus and heard Him speak that she recognized him.

For the Emmaus incident, it is true that it has some strangeness to it. But let's do this first. Let’s look at the totality of the evidence in all of the other appearances again. If all of these were mistaken identity, then a lot of people had to, somehow, not only be fully complicit, but in some cases they had to “appear” and “vanish”. Revisit the clarity of the record: the person Magdalene encountered at the tomb sure acted and spoke as if He were Jesus, telling her He was ascending to His father. So, too, the person the other women encountered. They grasped His feet and worshipped Him and He told them to go tell His brothers that He would meet them in Galilee. These encounters, nor the others, meet the criteria for a "mistaken identity". Is it reasonable to think that not only Magdalene and the other women were mistakenly interacting with an unknown, complicit phony, but Peter and the Eleven and over 500 were also fooled? What about His brother, James? Are we to believe that James, who grew up with Jesus, mistook him for someone else? James' life was radically changed by this encounter. We are surely way beyond common sense to think they were all mistaken or deceived.

Plus, there appears to be something miraculous in how Jesus first appeared to the disciples, even though the doors were locked. What common complicit Joe could do that? And why would he do that?

Maybe, returning to something more rational and plausible, it was just as the record declares—it was just as those who saw Him were convinced, even to their deaths—they really saw Jesus alive. They heard Him. They touched Him. They ate with Him.

So, let’s talk about the strangeness of the Emmaus event. Do we let this trump all the other evidence? No. We simply try to understand it in light of that evidence. Does Jesus, in His resurrected body, have the power to enter a locked room? Sure. It appears He did. He had the power to walk on water even before the resurrection. Could He, for His own purposes, hide His identity from Cleopas until He had gone through the Old Testament with him? Sure. Is it possible God could blind them to His identity for a short time? Surely that is possible. It is even possible Jesus hid His face from them... behind a veil or deep within a hood. Any of this is reasonable.

So, in the face of the overwhelming evidence in all of the other appearances where Jesus was clearly seen, the Emmaus event is not hard to reconcile. The bottom line, however, is that in the end, even Cleopas recognized Him as Jesus. And then, He “vanished from their sight.” This is hard to pull off by a “mistaken identity” person. In fact, this encounter caused them to immediately drop their plans and hustle seven miles back to Jerusalem.

Seeing the risen Jesus has changed many a person’s plans.

Three. The resurrection was spiritual and therefore the appearances were only spiritual.

This is the notion that Jesus didn’t physically rise but, instead, was raised spiritually. This theory has lots of tentacles and various forms. When it was first offered, some began to ask the reasonable question about the empty tomb. If Jesus were raised spiritually, then the body would still be there. In later forms, then, the theory necessarily evolved to include God destroying the physical body while raising the "spiritual" Jesus. Jehovah’s Witnesses follow a form like this. I personally know several who do as well. In their case, Jesus has become more of a “force” or a “thought” than a real person. This is what often happens as a consequence of this theory. The reality of Jesus fades into something metaphysical, something found more in our spiritual contemplations and meditations than in the reality of a risen Lord.

It seems as if Jesus were specifically destroying this notion when He asked the disciples that first night for some fish. He ate it in their presence, not because He was hungry, but to assure them He was not a ghost or a figment of their combined imaginations. Luke even begins that encounter by saying that the disciples “thought they were seeing a spirit”. Jesus made sure they knew He was physically present with them. The physical body of Jesus has risen from the dead. The physical body of Jesus was fully alive again before their very eyes.

Four. The appearances are all part of the resurrection myth/legend.

We’ve dealt this this charge multiple times. A. N. Sherwin-White, professor at Oxford University and famous historian, declared that even after two generations there is still too much historical truth embedded in people for a legend to commence forming. In 1844, theologian Julius Muller issued a challenge for anyone to find a legend that had developed within this timeframe and to this day his challenge still stands unmet. Declaring that the resurrection appearances are nothing more than legend is an easy charge to make, but it has no valid basis. This, again, is why understanding the early nature of the resurrection creed and polemic is so very important in our defense for the reason for the hope that is in us. (1 Peter 3:15)

We have seen a number of desperate attempts to explain away the resurrection, from “the disciples stole the body” to “the disciples were hallucinating”. All of them are found deeply wanting. Keep this in mind, however... we are not dealing with a lack of evidence for the resurrection of Christ here, we are dealing with a lack of “want to” in the heart.

So, what does the physical resurrection of Jesus mean for us believers? Well, the answer to that is plentiful and we will deal with those in the coming days. However, for now, contemplate that the physical resurrection of Jesus, as the first-fruits, is the basis for our hope that one day, you and I will be physically resurrected as well. Second, contemplate that Jesus was not only alive on that first day, but He is alive today. He hears you, just as He heard Magdalene. He sees you just as He saw Thomas and Thomas saw Him and touched Him. He is just alive today as He was when he cooked fish by the sea after His resurrection. And thirdly, recognize that when Jesus makes Himself known to people, they are radically and forever changed. As Thomas cried, "My Lord, and my God!", and as in one of my favorite musicals "Then Came the Morning", Magdalene sings, "I've just seen Jesus, and I'll never be the same again!", so, too, you and I are changed people. For, by faith, we have also seen the risen Savior.

And we will never be the same again.