If Jesus Rose from the Dead, then (#19) the Tomb Would Have Been Empty (Theories Against) 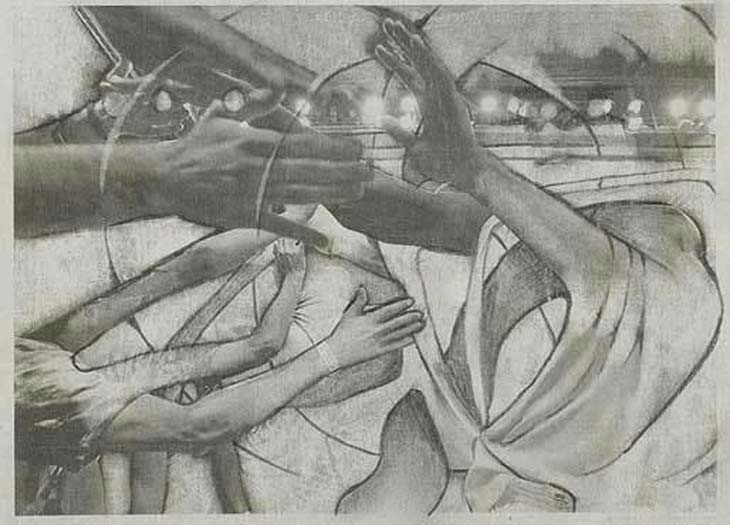 Having laid a foundation of evidence for the empty tomb, and an understanding of the resurrection polemic and creed, we are now ready to deal with the theories that have arisen against it. There are many and in some cases, highly overlapping. Here are the most prominent:

1. The disciples stole the body. From our examination of the polemic, you will recognize that this was the initial charge from the Jewish authorities in response to the claim that Jesus had risen from the dead. And we today might follow the same logical argument against that theory by stating that it would have been impossible for disciples who were huddled in fear behind locked doors to somehow steal the body from a tomb that had been sealed and protected by a guard of professional Roman soldiers. This is grasping at straws. However, the authorities manufactured a counter that the guards had fallen asleep, which also comes with the deepest incredulity. Imagine, if you will, the disciples, common fishermen most, tiptoeing up to the grave while the entire guard (possibly eight or sixteen of them) had fallen asleep, then breaking the clay seals on the stone, grunting and groaning to roll the stone away, cringing as the huge stone made loud crunching noises rolling up the trough, and the guards continued to sleep during the extended time it must have taken them to somehow wiggle a dead, stiff body out of the linen “cocoon”, and then silently carry that body away to some place where no one was ever able to locate it, despite what must have been the full weight and power of the authorities to do so. Is there any reasonable element within this entire scenario? It was clear that the Jewish authorities were desperate to cover this whole thing up at the time and so we might forgive their anxiety in not thinking clearly. Yet there are those today who still make this argument, as incredible as it is. It is even more head shaking when one takes the time to consider why the disciples would take the time to remove Jesus from the grave clothes during their heist. That would be like bank robbers sitting down in the bank and sorting out the coins in nickels, dimes and quarters and the bills in ascending serial numbers before they made their getaway. It makes absolutely no sense. And, we haven’t detailed all the other shortcomings, like how did the guards know it was the disciples who stole the body if they were asleep?

2. Someone else stole the body. This carries much of the same impossibility that is listed above. Nevertheless, some have offered that the Jewish authorities stole the body, others, the Romans, and others, Joseph of Arimathea. First, the Jewish authorities were in a real bind to produce the body to prove Jesus had not risen from the dead. The distinguished Sir James N. D. Anderson stated that within seven weeks “Jerusalem was seething with the preaching of the resurrection. The apostles were preaching it up and down the city. The chief priests were very much upset about it[1]” The authorities had a lot of motive to find or produce the body. To have stolen it and then kept it hidden, handing a key piece of resurrection evidence to the believers, is nonsensical. Second, Pilate had every reason to stay away from this sort of upheaval under his jurisdiction. He would have produced the body if he had it. Third, Joseph might have stolen it, for who knows why, but we are left again with how did he pull it off with the guards and how does one explain the grave clothes?

3. The women went to the wrong tomb. This was possibly first introduced in the early 1900’s and subsequently went nowhere. Nevertheless, I still hear people raise this theory. On the surface, with little knowledge of the record, I can see someone thinking this way. But it has no basis when examined under the evidence. The women knew where the tomb was because they were there when Jesus was buried. Even if they went to the wrong tomb, it would mean the real tomb still had a body in it that would have quickly ended the resurrection story. Peter and James would have had to have also gone to the wrong tomb. The guards wouldn’t have reported that the tomb was empty if, in fact, it wasn’t. I’m embarrassed to even list this one.

4. The empty tomb is part of the myth and legend. We have already dealt with this via the resurrection polemic and creed. Remember what Paul said when he recited that creed to the Corinthians?

After that, he appeared to more than five hundred of the brothers and sisters at the same time, most of whom are still living, though some have fallen asleep. 1 Corinthians 15:6

“…most of whom are still living…”  In other words, go check it out. Again, myths and legends don’t arise when living witnesses are still around.

5. Jesus didn’t really die or wasn’t really buried. We dealt with this earlier. Crucifixion was the Roman method of execution. Sure, you can claim that Timothy McVey survived his execution by lethal injection and is alive today, but it would be crazy to do so. Additionally, it is really a stretch to think that the guards were so clueless as to seal the tomb when there was no body in it or that Jesus could have revived, wiggled out of his grave clothes, moved the stone Himself, despite being scourged nearly to death and executed on a cross, with a sword thrust into His heart and wound up in 75 pounds of aloe and myrrh. Fascinating what people can come up with, isn’t it?

6. The body was moved. This has a lot of the same problems as someone “stealing” the body. And, who would move it and why? A theory raised in early 1900 said that is was Joseph of Arimathea who temporarily stored the body in his tomb and then moved it to the criminal’s graveyard. Can you spot the many problems here? Keep in mind also that the body would have had to been moved on the Sabbath and without the guards noticing all the ruckus six feet away.

7. This was all just part of a big conspiracy. I left this for the last because this is a big one. Not that it has any merit to it and we have already dealt with a lot of that above. A conspiracy requires a whole lot of really clever and clandestine actions: and remember we have guards posted. If one pulls the guards into participants in the conspiracy, then they have exposed themselves to a death sentence. Rome had no motive here. The Jewish authorities had no motive here. The disciples are claimed to have a motive and we will later deal with the radical change in the disciples because of the resurrection and Pentecost, but who would want to be crucified upside down for a lie? Can you spot all of the reasons why even a good conspiracy story won’t fly in the face of the evidence?

But the bigger reason to deal with this last is my deep caution against the seduction of conspiracy theories. One day I will write about this. We are in the midst of that now and many are being led astray by various conspiracy theories. Let me offer you this passage to contemplate:

Conspiracies are embraced by those who are filled with fear and, when thus embraced, those conspiracies then deepen that fear. In some cases, it can be debilitating. For many it becomes all-consuming. The Lord is the one we are to fear, not man.

But, for our purposes here, notice that all of these theories are so much chasing after the wind. They have no real basis and they are easily dismissed under rational assessment. Why then, do they exist? Because of the fear that it might be all true. For if the tomb was really empty… if all that was left was a vacated linen cocoon which a body used to inhabit, then Jesus really rose from the dead. And if Jesus really rose from the dead, then He just might really be all He said He was. And if that is the case, then one would have to come to grips with what that truly means to their life and to their soul.

And for some, that is extremely frightful.