If Jesus Rose from the Dead, then (#23) Satan Was Crushed 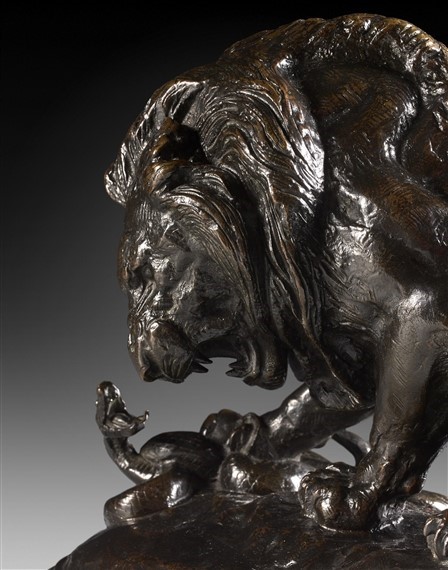 And I will put enmity between you and the woman, and between your seed and her seed; He shall crush your head, and you shall bruise His heel. Genesis 3:15

Here was the situation. God had created the most amazing place. We can’t really image it. There was no death. There was no evil. Everything flourished. Then Adam and Eve breached the one boundary God had set for them and everything that God promised would happen came to pass. The entire universe fell into death and decay. Evil would now flourish instead of good. Weeds, physical and spiritual, instantly became the natural bent of the world. And all seemed lost. Both creation and mankind “groaned” under the weight of this.

For we know that the whole creation groans and suffers the pains of childbirth together until now. And not only this, but also we ourselves, having the first fruits of the Spirit, even we ourselves groan within ourselves, Romans 8:22-23

But instead of annihilating everything, God breathed out a marvelous promise that one day the Seed would come. This was the promised Messiah. And when He came, though Satan would bruise His heel, He would crush his head.

And in the fullness of time, that happened, at the death and resurrection of Jesus, the Christ. And, that crushing is ongoing, part of the march of the people of God throughout the world:

The God of peace will soon crush Satan under your feet. Romans 16:20

This is the delegated power and authority that has been granted to the sons of God who continue to do battle in this world. The battle between the “seed of Satan” and the “seed of the woman” raged throughout the Old Testament and it still rages today. The “seed line” of the Messiah continues, for it is found in those who are brothers and sisters of Christ, sons of God, children of the Most High.

By Jesus’ death and resurrection, He not only defeated Satan, but He also cast him out. This is what Jesus said when He was foretelling his death:

Now judgment is upon this world; now the ruler of this world will be cast out. And I, if I am lifted up from the earth, will draw all men to Myself.” John 12:31-32

However, the casting out and defeat of Satan does not mean that we do not still suffer under the consequences of a fallen world nor even the forces of evil. It just means that they no longer have ultimate power over us. On the contrary, we “crush Satan under our feet” whenever we push back the edges of darkness and engage in undoing the works of the devil. This was the mission of Christ:

The Son of God appeared for this purpose, to destroy the works of the devil. 1 John 3:8

And Jesus has given us the task to continue destroying those works. This is what the body of Christ has been doing from day one as we looked at last time. Abortion and infanticide were common; mutilation and oppression of women were common; slavery was common; pedophilia was common; tyranny was common, and on and on. The reign of evil in the world is being pushed back by the body of Christ as it marches through the world. Not perfectly, that is for sure, but also not as the world marches, for we engage in a radically different form of battle:

“But if your enemy is hungry, feed him, and if he is thirsty, give him a drink; for in so doing you will heap burning coals on his head.”  Romans 12:20

In a world that believed one conquered by the sword, Jesus taught that it would be conquered by true love. Not the cotton-candy, no-truth, hand-out, gushing Hollywood love that has become the definition in our culture, but a tough, sacrificial commitment that pursues the true good in others and in the institutions God has made.

(By the way, it was true love that moved Jesus to say “I tell you the truth”. The enemy’s lies have brought our culture to believe that telling the truth is hateful. This is the work of Satan, calling evil good and good evil.)

So, because of the death and resurrection of Jesus, Satan’s head has been crushed, he has been cast out, and he has also been judged. Do not miss all of these pronouncements. Satan has been defeated and his works are to be destroyed under our feet. Do not retreat. Do not fear. He is a chained beast who roars but cannot defeat you. He still has his lies, but you have the Truth.

Be sober-minded; be watchful. Your adversary the devil prowls around like a roaring lion, seeking someone to devour.

You might say, if he’s looking to devour someone, then he can devour me, right?

But, look at the next verse:

Resist him, firm in your faith…

Resist the devil and he will flee from you. James 4:7

If you are in Christ, then the devil has no power over you, unless we believe his lies. Resist him and he will flee. The word devour is “to swallow”, the same word used in the Septuagint of the great fish that swallowed Jonah. Like Jonah, we can get caught up in our own selfish desires, stumble and maybe get swallowed. But remember Jonah called out to the Lord, which everyone who is truly in Christ in those moments will do, and God will hear and release him from his mouth of lies. But, it is far better to resist and not spend one moment in the belly of a beast.

Remember, you are sealed by God. You are His. Stop any thoughts that make Satan equal to God in power or nature in your mind. Satan isn’t omnipresent. He is a finite being. He can only be in one place at a time. He is not omniscient. He doesn’t know what you are thinking. He is not omnipotent. In fact, what little power he has, has been broken, crushed, judged and waiting his final end in the lake of fire.

Stand firm then and be strong:

Jesus has not only crushed Satan, but he has given us the privilege and responsibility to continue to crush him under our feet. Not in our strength (be strong in the Lord) and not in our armor (put on the full armor of God), but resisting and standing firm, all for the glory of God.