If Jesus Rose from the Dead, then (#24) Death Was Defeated 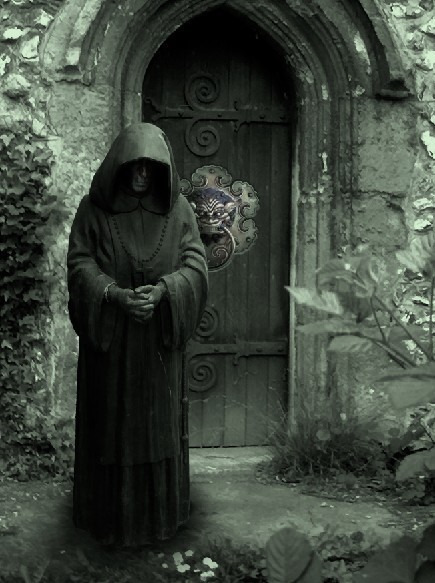 Since therefore the children share in flesh and blood, He Himself likewise partook of the same things, that through death He might destroy the one who has the power of death, that is, the devil and deliver all those who through fear of death were subject to lifelong slavery. Hebrews 2:14-15

As I write this, it is difficult for my thoughts not to drift back to our dear friend, Ravi Zacharias. Earthly physicians have sent him home, for there is nothing left to be done for his cancer. I ache to see him healed.

All of us want to lock the Door of Death, but we can’t. Each one of us is inexorably drawn by the gravity of a fallen world towards it... and then through it. The Door mocks the wealthy as well as the poor. It laughs at the powerful and the weak. It taunts the starlet as well as the nameless. From the moment we are born, we are all on a roller coaster that runs hauntingly through that Doorway and no matter how hard we try, no matter how rich or powerful or clever we are, we cannot free ourselves from our seat. We are strapped to it. And for many, the Door represents a dark and terrifying unknown.

But for Ravi, and for all who are in Christ, there is no fear of death, for Jesus has put an end to its “agony”. There is reserved for him a crown in heaven.

When Jesus died and rose again, He crushed the head of Satan. We looked at that last time. And this is confirmed, again, in our passage from Hebrews: through His death, Jesus would “destroy the one who has the power of death, that is, the devil”. And in so doing, He has delivered all of us “who through fear of death were subject to lifelong slavery”.

What is this “lifelong slavery”? The fear of death and the terror that lays beyond.

Please read these words, spoken by Peter as he was newly indwell by the Holy Spirit on Pentecost:

“Men of Israel, listen to these words: Jesus the Nazarene, a man attested to you by God with miracles and wonders and signs which God performed through Him in your midst, just as you yourselves know— this Man, delivered over by the predetermined plan and foreknowledge of God, you nailed to a cross by the hands of godless men and put Him to death. But God raised Him up again, putting an end to the agony of death, since it was impossible for Him to be held in its power. Acts 2:22-24

This is the connection between the resurrection of Jesus and the defeat of death. Notice the words here:

Remember the curse of the fall and its effect upon women? They would now suffer the pain of childbirth. And the sentence handed down at the fall was death. Jesus is undoing the curse of the fall. Yes, we still physically die, but for those in Christ, death holds no pain, no agony. For spiritually, we will not die, and physically, we will rise again in glory. This we will deal with next time, but for now is it enough to contemplate that Jesus' defeat of death gives us a deep confidence up to, and through, the end of our earthly life.

In the early days, when believers were persecuted, the Romans were baffled by how the Christians didn’t fear death, but rather welcomed it. Why? Because Jesus had conquered death for all of those who are His. What lies beyond the grave for us is nothing but pure bliss.