If Jesus Rose from the Dead, then (#28) the Predictions Were True 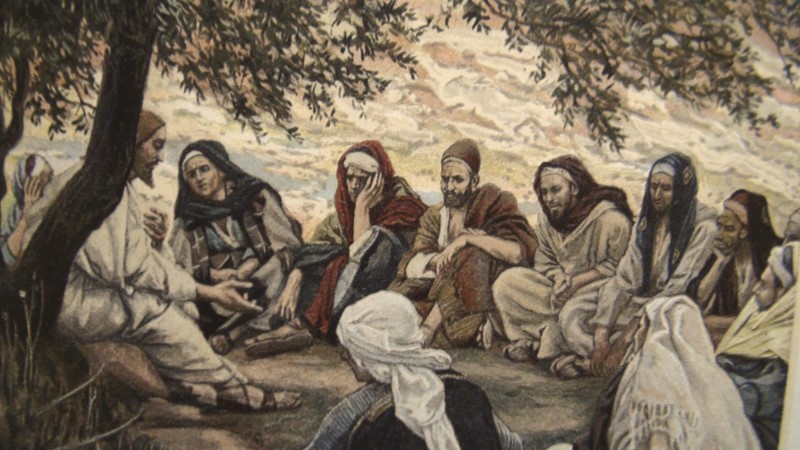 It is one thing for Jesus to rise from the dead, which, in itself, is an incomparable event that should give the deepest skeptic pause. But, for Jesus to have predicted that event and its details, and have it happen, raises everything to a new level, for it now demands our attention be drawn to who Jesus really is.

Jesus openly and clearly predicted His death and resurrection three times, yea four. Here is the first, and notice the details as we go through them:

The Son of Man must suffer many things and be rejected by the elders and chief priests and scribes, and be killed, and on the third day be raised. Luke 9:22

As they were gathering in Galilee, Jesus said to them, “The Son of Man is about to be delivered into the hands of men, and they will kill him, and he will be raised on the third day.” And they were greatly distressed. Matthew 17:22-23

And taking the twelve, he said to them, “See, we are going up to Jerusalem, and everything that is written about the Son of Man by the prophets will be accomplished. For he will be delivered over to the Gentiles and will be mocked and shamefully treated and spit upon. And after flogging him, they will kill him, and on the third day he will rise.” But they understood none of these things. This saying was hidden from them, and they did not grasp what was said. Luke 18:31-34

There were, no doubt, many others, for Matthew writes:

From that time Jesus began to show his disciples that he must go to Jerusalem and suffer many things from the elders and chief priests and scribes, and be killed, and on the third day be raised. Matthew 16: 21

This appears to be a parallel to the first one we listed, but it implies that Jesus told them numerous times in those last days. And, there are times when Jesus indirectly referenced His resurrection. After He had met with Moses and Elijah on the mountain, Jesus said this to His disciples:

“Tell no one the vision, until the Son of Man is raised from the dead.” Matthew 17:9

And, you remember, it was these words of Jesus that prompted Peter’s declaration that He would never deny Him:

But after I am raised up, I will go before you to Galilee. Matthew 17:32

So, clearly, even though the disciples were not understanding it, Jesus was telling them He would rise from the dead. But He predicted even more. If one were to look at all of the passages in which Jesus is speaking of His forthcoming passion, we find Him predicting much:

These predictions are remarkable… so remarkable that some have accused them of being written back into the gospels after the fact. Of course, there is no evidence of that and the accusation is based upon an a priori position that Jesus, being just a man, could not have known these details. Yet, if we think of all the other aspects of Jesus’ life and what He knew, predicting His passion in such detail is not inconsistent at all. Consider just three events:

All of this should lead one to surmise that Jesus was not just an ordinary man!

There is a fourth prediction that we want to highlight, because within it lies something of great value for us to contemplate. This one was given to the Jewish authorities and therefore was somewhat veiled:

So the Jews said to him, “What sign do you show us for doing these things?” Jesus answered them, “Destroy this temple, and in three days I will raise it up.” The Jews then said, “It has taken forty-six years to build this temple, and will you raise it up in three days?” But he was speaking about the temple of his body. When therefore he was raised from the dead, his disciples remembered that he had said this, and they believed the Scripture and the word that Jesus had spoken. John 2:18-22

Here, again, is the prediction by Jesus that He would rise in three days. But notice the last sentence: “They believed the Scripture and the word that Jesus had spoken.” Though it seems to us, from our perspective, that it took the disciples way too long to get the message, after Jesus rose and appeared to them, they recognized that the Scripture and the words of Jesus were to be believed. It is a good question for us today. Does the resurrection of Christ move us more deeply in our faith and belief in the Scripture and the words of Jesus? Jesus said “everything that is written about the Son of Man by the prophets will be accomplished” in what was about to happen in Jerusalem. The death, burial and resurrection of Jesus was not just a moment in time that came and went. It was a Kairos moment toward which everything was focused.

We have said this before and it is worth repeating, everything was pointing forward to Christ and everything points back to Him. He split human time into BC and AD. Yes, I know there is a drive to remove that and replace it with CE, but the timeline is still bifurcated by Emmanuel, God with us.

And all of this now leads us to the Great Confirmation…