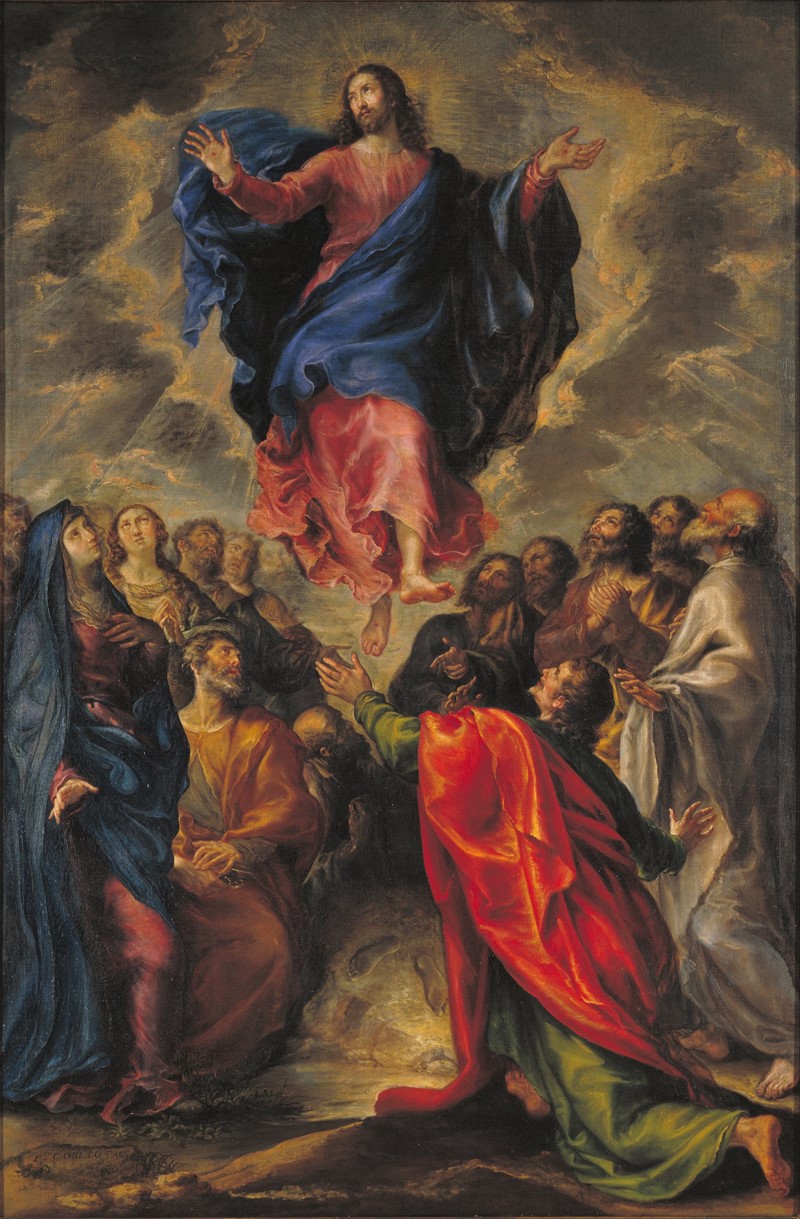 Today is Ascension Day. For most, that might provoke little more than “huh?” It is rare to find it on a calendar here. But Catholics celebrate it as the “Feast of the Ascension” by attending mass. And, surprisingly, it is an official public holiday all across Indonesia and in many European countries like France and Germany and Sweden.

In Germany, it has evolved into “herrenpartien” which literally means “men’s games” so the men use the holiday for an “outing”. In Sweden, people go out into the woods very early in the morning to hear the birds at sunrise. If one hears a cuckoo from the east or the west, that will be good luck for them. This trek into the woods is called gokatta or “early cuckoo morning”. In England, some celebrate Ascension Day by beating boundary markers with sticks. Don’t ask.

Maybe it is good we don’t celebrate Ascension Day here. Who knows what it would look like now.

But, I think we should celebrate it, or at least commemorate it, because it is a very important event. For those who want to do so, it is traditionally numbered as the 40th day of Easter. We don’t know exactly when Jesus ascended. But, we understand from Luke, in Acts 1, that Jesus appeared to the disciples “over a period of forty days”. He then led them to Olivet and ascended, telling them to wait in the city for the Holy Spirit, which came on Pentecost, fifty days after the Resurrection. So, with these boundaries, most assume that the ascension was on the 40th day.

For us, this is the day that Jesus left and basically said “over to you”.

We won’t fully answer that here because I am hoping you will go through the Engagement Project in a small group after we launch in September. However, I think it is important for us to ponder the question in regards to our examination of the Resurrection and its implications for us today.

The ascension certainly was no surprise. Jesus said He wasn’t going to stay:

This is in the middle of that very difficult dialogue between Jesus and the Jews when He told them they were of their father the devil. Of course, this is not because they were Jewish, but because they were still in their old sin nature, part of the seed line of Satan. Unless one is born again through Christ, all men are in that seed line.

He also gave notice to the disciples:

You heard me say to you, ‘I am going away, and I will come to you.’ If you loved me, you would have rejoiced, because I am going to the Father, for the Father is greater than I. John 14:28

It is clear that Jesus was telling them that He was going to leave. But He also said that He would “come” to them. What does this mean? He had said virtually the same thing earlier:

Here again we have the “leaving” and “coming” pair. Is this talking about the coming of Jesus at the end? No, look at the context of this whole chapter. This is what Jesus had said earlier:

I will ask the Father, and he will give you another Helper, to be with you forever, even the Spirit of truth, whom the world cannot receive, because it neither sees him nor knows him. You know him, for he dwells with you and will be in you. John 14:16-17

So, Jesus was going to leave and then the Holy Spirit would come and live in them. But, just the Holy Spirit? Ah, it is here that we must be very, very careful. It would be easy to slip into polytheistic thinking. We serve One God, not three. Look at what Jesus then says:

If anyone loves me, he will keep my word, and my Father will love him, and we will come to him and make our home with him. John 14:23

Jesus is saying that both He and the Father would come and make their home in us. So, who dwells within us? The fullness of God: Father, Son and Holy Spirit. Yes, it is true that this indwelling is the primary work of the 3rd person in the Trinity, but God is not split up into parts.

When we truly begin to ponder this and meditate upon it, this has to be one of the most amazing truth claims in all of Scripture: that God Himself dwells within us. Who can fathom this?

But how is all of this tied to the resurrection and why Jesus left? Well, first of all, look at how closely the “coming” is tied to the “going”:

I tell you the truth: it is to your advantage that I go away, for if I do not go away, the Helper will not come to you. But if I go, I will send him to you. John 16:7

There have been volumes written on why Jesus said He “had” to go away in order for the Holy Spirit to come. Let me give you my ranch/farm-common-sense answer, for we don’t have anything in Scripture that speaks to this directly.

Our walk is by faith and God has decreed it to be that way. If Jesus were still here, walking the earth, it would take no faith, or little faith, to believe in Him. Remember what He told Thomas when he felt the wounds on the physical body of the risen Jesus? After he fell down and said, “My Lord and my God!” Jesus said blessed are those who have not seen and yet believe. It is God’s design that His people walk by faith.

So, Jesus had to leave, and once He left, the door was then open for God to fill His people with the Spirit so that they might walk by that Spirit… walking by faith and not by sight.

Jesus died for our sins, was buried and then raised from the dead, physically, to conquer death (and a whole lot more) and then He physically left so that the Spirit might come and indwell us. All of this doesn’t happen if Jesus remained in the tomb. In fact, if He had not risen, as Paul says, “our faith is in vain”.

Dear brothers and sisters, it is so easy for us to grow dim in our thoughts and hearts concerning the magnitude of what God has done for us. Earlier we read that Jesus told the disciples that they should be rejoicing because Jesus was going away. How is it possible for them to rejoice in the loss of their Lord? Because He was not going to leave them as orphans, but come in the fullness of God and dwell within them.

This is the basis for the radical transformation that takes place in the one who comes to Christ. We saw it in Peter and John after Pentecost. They were huddled in fear one minute and in the next they were standing in the spotlight of the entire force of Jewish authorities, but now, transformed and empowered by the Spirit of God,  speaking boldly and fearlessly.

Dear family, there is no greater time than at this moment for us to be the light and salt that we were meant to be and that God has prepared us to be.

We have His Word and He lives within us.

For what are we waiting?