If Jesus Rose from the Dead, then (#26) He Is the Firstfruit 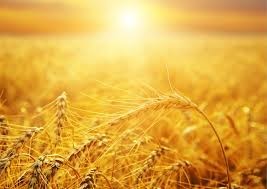 Ravi surrendered his life to Christ because of these very words. They connect, again, the resurrection of Christ with the future hope that we, too, will be raised in like manner… physically. And, it meant, as Paul stated, that Jesus was the “firstfruits” of those who would be raised from the dead.

But in fact, Christ has been raised from the dead, the firstfruits of those who have fallen asleep. 1 Corinthians 15:20

God had set a day for His people on which they were to offer the very first of the spring harvest. It wasn’t easy because there wasn’t much to harvest that early. But it was an act of faith in which they offered the “first fruit” of what they had at that point with the underlying promise of an abundant harvest to come. In fact, there are some who believe that the literal translation of the Hebrew word for firstfruit, bikkurim, is “promise to come”.

What is strange, however, is when God commanded for this firstfruit to be offered. The sheaf of the firstfruit was to be waved before the Lord on a very peculiar day: “the day after the first Sabbath after Passover”.

Because it was going to match, exactly, the resurrection day of Jesus.

As the true Passover Lamb, Jesus died on Passover; as the true Firstfruit, He rose on the first day after the first Sabbath after Passover—the 1st day of the week.

All in God’s amazing sovereign plan and all planned from the beginning. Just as He made the stars and set the planets in motion so that “in the fullness of time” those stars and planets would announce the birth of Christ to the Magi, so too was everything else a “shadow of the things to come” in Christ.

Therefore let no one pass judgment on you in questions of food and drink, or with regard to a festival or a new moon or a Sabbath. These are a shadow of the things to come, but the substance belongs to Christ. Colossians 2:16-17

Remember Jesus on the road to Emmaus and how He opened the Old Testament to Cleopas and his companion?

And beginning with Moses and all the Prophets, he interpreted to them in all the Scriptures the things concerning himself. Luke 24:27

The firstfruits offering was another foreshadowing of the Messiah who, in being raised from the dead, was indeed THE Firstfruit. When the sheaf was waived before God on that day, it was a sign that the entire harvest belonged to the Lord. So, too, when Jesus rose, the entire future resurrection of those who are in Christ belong to Him. He IS the Firstfruit—it is embodied in Him. Just as Jesus said He WAS the resurrection, He WAS the life, He IS the Word, so, too, He WAS the true Passover Lamb and He IS the Firstfruit. All that was done on Passover and the day of firstfruits before was pointing towards Him and all that is done on Passover and the Resurrection Day after are pointing back to Him.

And, if Jesus is the Firstfruit, then the implication and the clear teaching of Scripture is that we will follow Him in like manner. There is therefore a promise in the Firstfruit of that which will come later, in abundance.

But each in his own order: Christ the firstfruits, then at his coming those who belong to Christ. 1 Corinthians 15:23

It can be confusing for us who are caught up in the warp and woof of time—a cause and effect world in which everything marches forward in sequence. We can only think in these terms. But God is not caught up in time. He IS the Alpha and He IS the Omega. He IS both the beginning and the end. He exists outside of time, so every point in time is ever present before Him. This is hard for us to imagine, especially when it comes to trying to form in our minds some “sequence” associated with what happens to us when we die and when our bodies will be raised, the future judgment etc.

Paul dealt with some of this and we will look at that soon.

But for now, we need to contemplate and give thanks for the deposit that has been made for us by the Firstfruit. He is the promise to come. As Paul said, if Christ had not been raised from the dead then our faith is in vain.

But, our faith is not in vain, because of Jesus, the Firstfruit.