If Jesus Rose from the Dead, then (#39) He Left and Turned It Over to Us 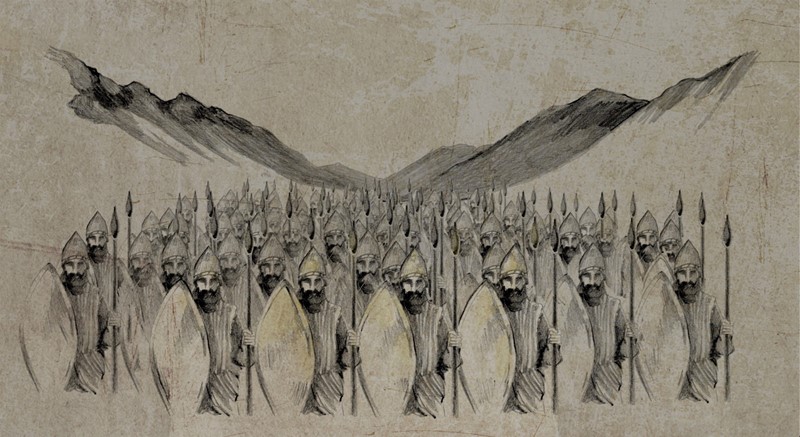 In the midst of Jesus telling His disciples that He was going to be killed and then raised from the dead, He also talked to them about His leaving. The Resurrection surprised them; the Ascension did not… nor did Pentecost.

I suppose it was in the 40 days of teaching after the resurrection that they finally began to understand what was going on. Can you imagine having over a month with Jesus? Listening, asking all your questions? That must have really been something. They didn’t have the Holy Spirit yet, but the resurrection got their attention… it really changed everything.

This is what Jesus said to them in the Upper Room before He was taken to be crucified:

Truly, truly, I say to you, whoever believes in Me will also do the works that I do; and greater works than these will he do, because I am going to the Father. John 14:12

So, here we have another link that Jesus is making between His death, resurrection and ascension, and what it would be like after He left. He talked a lot about that and we have dealt with much of it already: He would not leave them as orphans; the Holy Spirit would come; He and the Father would make their abode in them; etc.

In this passage, Jesus is telling them that the Body of Christ (whoever believes in Me) would, after He left, do “greater works”. This could be puzzling to some, for one might think that “greater” means more spectacular or more miraculous. But the Greek word here is probably better understood in terms of a numerical greater. In other words, Jesus was going to leave, and the works that He had done in a single physical body were now going to be done in hundreds, thousands, millions of physical bodies… brothers and sisters in Christ who would be increasingly spread to the ends of the earth.

This should be a watershed picture for us. The plan of God was that Jesus would leave, the Holy Spirit, God Himself, would come and live within us, and we would then do greater works.

This is quite a vision. Have we captured it?

Let’s go back and pick up on a very important word in the passage: “whoever”. The vision is for every believer. Not just for the cleric or those in professional ministry. Whoever believes. One of the key things we are going to talk about in the Engagement Project is this:

God has entrusted the primary work of the Kingdom to the common, every-day Christian.

Brother or sister, whether you are a farmer or hotel maid, a plumber or a nurse, a janitor or on a pick-line in a factory… you have been entrusted with the primary work of the Kingdom. You have the Word of God and the fullness of God dwelling within you.

What more do you need?

Jesus was raised from the dead, crushing the head of Satan, defeating death, paying for our sins, making us sons of God and coming to live within us. He has done all of that, and now it’s over to us. We have been given everything necessary for us to continue the legacy that was started 2000 years ago: turning the world upside down.

May we see the Body of Christ, the army of God, once again at her station!

[The image is from Tour 9 in the Engagement Project]