If Jesus Rose from the Dead, then (#38) He Is Preparing Opportunities for Us Now 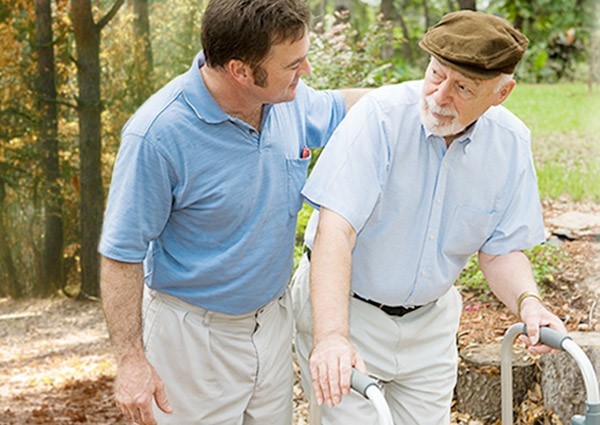 When Jesus was telling His disciples that He was going to die and then be raised on the third day, He also let them know that He was going to leave. But whenever He talked about leaving, He gave them comfort, either by telling them that the Holy Spirit would come or that He would come and be with them. We looked at these things several times before.

But there is a passage that we have left alone up to this point and now that we are beginning to draw all of this to a close, it is time for us to examine it. I hesitate to do so, because it is a favorite passage for use during funerals. However, I want to offer an additional perspective that might stimulate our thoughts about our purpose here on earth.

Let not your heart be troubled; you believe in God, believe also in Me. In My Father’s house are many mansions; if it were not so, I would have told you. I go to prepare a place for you. And if I go and prepare a place for you, I will come again and receive you to Myself; that where I am, there you may be also. John 14:1-3

This passage has always troubled me a little bit. I don’t mean for that to sound ironic, but it may since Jesus begins by saying “Let not your heart be troubled.” Nevertheless, here is why it was troubling. It is hard for me to imagine that Jesus, who was the creator, speaking the stars into existence, was somehow in heaven with a hammer and nails building “mansions” for all of us over the last 2000 years. Does this not seem strange to you? I have heard people refer to this passage many times saying that Jesus is in heaven "building" our mansions. Once I heard someone say that the reason Jesus has delayed in coming back is because He was building us some really elaborate houses. Some have used it in the “health and wealth” perspective to prove that God wants us to all have castles and Porsches and Lear Jets.

As I am writing this, I pulled up the old song, sung by Elvis, “Mansion Over the Hilltop”. It’s a great song:

“I’m satisfied with just a cottage below, a little silver and a little gold.

But in that city where the ransomed will shine, I want a gold one that’s silver lined.

I’ve got a mansion, just over the hilltop…”

Now, I don’t doubt that heaven is going to be phenomenal and beyond our wildest dreams. And, I don’t begrudge anyone longing for a gold mansion that is lined with silver. One is certainly allowed to imagine grandness in their heavenly inheritance.

But I have a hard time thinking that Jesus is building those things for us when He can simply speak an entire universe into existence out of nothing.

Well, now that I have probably upset the majority of you, let’s at least look at some of these words in the passage and maybe we will find a spiritual application that even goes beyond a mansion of gold. Here is the passage again with the key words highlighted:

Let not your heart be troubled; you believe in God, believe also in Me. In My Father’s house are many mansions; if it were not so, I would have told you. I go to prepare a place for you. And if I go and prepare a place for you, I will come again and receive you to Myself; that where I am, there you may be also. John 14:1-3

The Greek word for “mansion”, or as it is translated in the ESV, “dwelling place”, is monai which means “abode”. It is the same word used a few verses later when Jesus tells them:

If anyone loves me, he will keep my word, and my Father will love him, and we will come to him and make our “abode” with him. John 14:23

The Greek word for “place” is topas. This is an interesting word because it can be used to mean “position of influence” or “an opportunity for action”. We sometimes use “place” this way as in “what is your place in the world”?  This is how Paul uses “topas” when he was on trial before King Agrippa:

“I answered them that it was not the custom of the Romans to give up anyone before the accused met the accusers face to face and had opportunity (topas) to make his defense…” Acts 25:16

“Don’t let your hearts be troubled. There are many opportunities in God’s kingdom and I am going to make a special opportunity for you right in your neighborhood. And when I do, I will be right there with you.”

Do you think it would make a difference if we really believed that Jesus was actively making opportunities for us wherever we live and wherever we go? I don’t know about you, but this gets me much more excited than a gold mansion with silver lining.

And isn’t this consistent with all that we have looked at so far? Jesus told the disciples that He wouldn’t leave them as orphans, but that He would come to them. He said that He and the Father were going to make their “abode” with us. That abode is here. That abode is right now. It is not merely off in some unknown future when we depart this world.

Now, I don’t think you need to give this passage up for funerals, for surely when we die, we will depart and be with the Lord in our spiritual bodies. But, I would encourage you to think of this passage as a both “here and now” and “later”.

And if so, then use it for your life today while you are still breathing.

Next time you see your neighbor mowing their yard, think about Jesus making an opportunity for you and see what happens.