If Jesus Rose from the Dead, then (#40) It Would Have Changed Everything 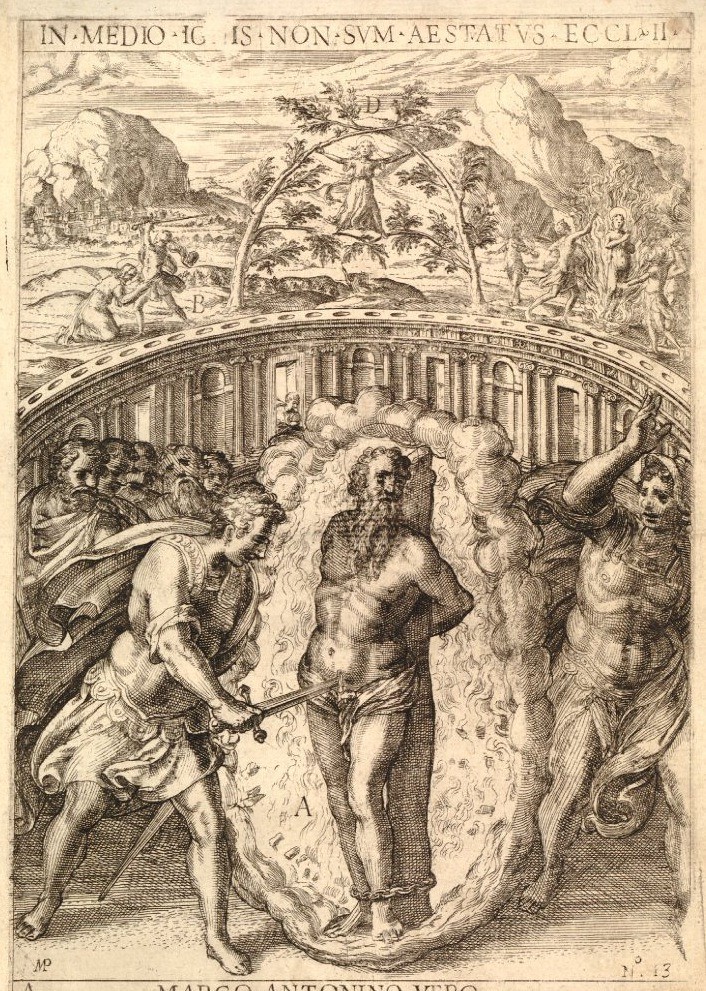 This is the final piece in our “40 days” of pondering the resurrection and its implications. We have covered a lot of ground and I pray that you have found something of benefit. More importantly, that God might have done something in your heart and mind—maybe prodding you, or even provoking you, or possibly just solidifying the criticality of the resurrection in your daily thoughts and meditations and walk.

The resurrection of Jesus is a big deal… a titanic deal. It would not be overstating to say that the resurrection has, indeed, turned the world upside down. Not exhaustively, I agree. Not every nook and cranny. Not every heart and soul… not by a long shot. But it really has changed everything.

This is the thought that I would like for us to ponder as we conclude this series.

And when we speak of the resurrection, I hope by now you realize it was just the key event in a big package of events: the life of Jesus, His death and resurrection, the ascension and Pentecost. All of them are deeply connected and intertwined with each other, but none of these events would matter at all if Jesus had remained in the tomb. When the apostles presented the gospel, the resurrection was their single key apologetic: Jesus rose from the dead, therefore He was everything that He said He was, and everything He said and did was true and to be believed and followed because He is, indeed, the Christ, our Lord and our God, the only name by which men must be saved.

Yes, it is true, the coming of the Holy Spirit is huge and, as I said earlier, it is at the top of the “most-incredible-events-of-all-time”, for who can fathom that God personally dwells within me? But, the reality is, without the Resurrection, there is no Pentecost. And without Pentecost, there is no power from God to change the world, which is exactly what immediately began to happen:

… they dragged Jason and some of the brothers before the city authorities, shouting, “These men who have turned the world upside down have come here also… Acts 17:6

I would recommend you go back and reread #22. We detailed some of the radical changes that have come to the world because of the Resurrection of Jesus: from the views of abortion and infanticide and human sacrifices, to the view of women and marriage, slavery and the poor; from the view of prostitution and pedophilia to the view of the blind, the lame and the diseased. Views of every one of the social systems has been radically impacted: the family, the state and the view of work. Millions of people have been radically and forever transformed, being miraculously regenerated and becoming a new person in Christ where their old life had passed away and their new life had come. People who were not only changed, but they had a new perspective on life and death. A perspective that brought many to the stake or the lions.

Bishop Polycarp lived in Smyrna, a culture that was steeped in the worship of the Roman gods, not much different from our culture today. His witness was disgusting to them. They had already executed several Christians and now they were frothing to be rid of Polycarp and his teaching. Here was their plan:

"Kill the church leader and his church will die!"

So, they pursued and arrested him and brought him into the amphitheater where the mob was in a frenzy for his execution. The governor promised Polycarp that if he were to recant, his life would be spared, to which the elderly teacher calmly replied:

'Fourscore and six years have I served him, and he has never done me injury; how then can I now blaspheme my King and savior?'

He was susequently burned at the stake. However, the records show that the flames would not touch him and so a soldier finally put him to death with a sword.

But, alas, the Way only grew stronger! The mob thought by putting him to death it would kill the Movement. But they gravely misunderstood the economy of God. The power of the church is not bound up in its leaders. It is distributed among the followers. Kill a leader and the body lives on, actually more vibrant than before. And this has been the case all along: put Peter to death and it only stimulates growth; persecute the Christians in China and it only goes underground and soon may represent the largest group of Christians in the world.

And, so, the Movement of Christ continues.

Yes, one might look around our culture and say that things seem to be headed in the other direction. Some have even begun to lose hope from this. But there has never been, from the beginning, a smooth and easy straight-line upward. The body of Christ has been on a roller coaster from the beginning. There are peaks and there are valleys. Some of the valleys are pretty low. But the march of the people of God always continues on. There were times when very powerful men were obsessed with the quest of eradicating Christianity—they put multitudes to the sword. Some were obsessed with obliterating the Bible—they burned tons of them. Yet, all of it has come to naught. The Way continues to spread throughout the world.

In our culture, we find ourselves in another situation in which the world, the flesh and the enemy are in a desperate frenzy to do the same again. Not in the old ways with a sword or flames, but by the flood of beguiling entertainment and false worldviews.

But the truth is that nothing will stop the march of the gospel and its impact upon the lives of individuals and cultures.

Do not give up. This is our finest hour.

I would like to end by looking at the passage from Joel that Peter quotes after Pentecost. He is explaining the strange event to those who thought the believers were drunk by telling them that all of this was the fulfillment of prophecy. I want to call your attention to one verse in that prophecy:

God poured out His Spirit upon all of His people, from the “greatest” to the “least”. And in so doing, it did away with monikers of “greatest” and “least” in the Kingdom of God. Paul said there was no longer rich or poor, slave or free, Jew or Gentile:

Here there is not Greek and Jew, circumcised and uncircumcised, barbarian, Scythian, slave, free; but Christ is all, and in all. Colossians 3:11

The indwelling of the Holy Spirit levels us all. If you are a plumber, God has indwelt you for the work of bringing Him glory just as much as the one who mounts the pulpit on Sunday. If you are an unknown hotel maid, God is living within you, giving you the same power and love and self-control that the most well-known Christian minister has. It is through the humble that God will work. It is the contrite in heart that He seeks.

Do not let anyone tell you differently. God has entrusted the primary work of the Kingdom to you. And through you, He still wants to turn the world upside down.

Begin in your own Jerusalem and He will multiply it to the utter ends of the earth.