I Am Voting Against a Holocaust and Socialism 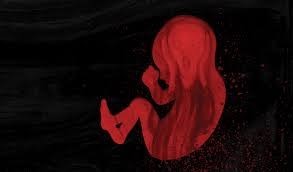 Recently, a statement* was released by several “leaders” who have urged evangelicals to vote for Joe Biden. Their statement said they mourned abortion but believed other things were more important “life” issues: poverty, climate change, racism and health care.

When I think of the screams of over 2000 babies being torn apart or having their brains sucked out in the womb EVERY DAY, it is unthinkable to me that someone would choose to support a party that sustains, and in some cases celebrates, that holocaust. The statement attempted to justify their positiion by claiming that not voting for Biden would result in millions of deaths through poverty and climate change.

I think they are dead wrong.

I wrote a series of articles in 2016 that I was voting for life, marriage, sexual sanity and religious freedom. I am doing the same today. The Republican Party platform is the exact same as it was in 2016. Tony Perkins, who helped craft it, said it was the most biblical worldview-based platform in history. I believe the Democratic Party platform has grown increasingly more Marxist since 2016. No matter what the politicians say, it is the party platform that will be implemented. When Obama ran for president, he claimed he was for traditional marriage. The party platform was not. His actions in office were 100% in accord with the platform and he lit the White House up in rainbow colors after the Obergefell decision.

It is the party platforms that are up for election.

I could never, in good conscious, vote for a party who celebrates a holocaust and presses our nation toward Marxism and Socialism.