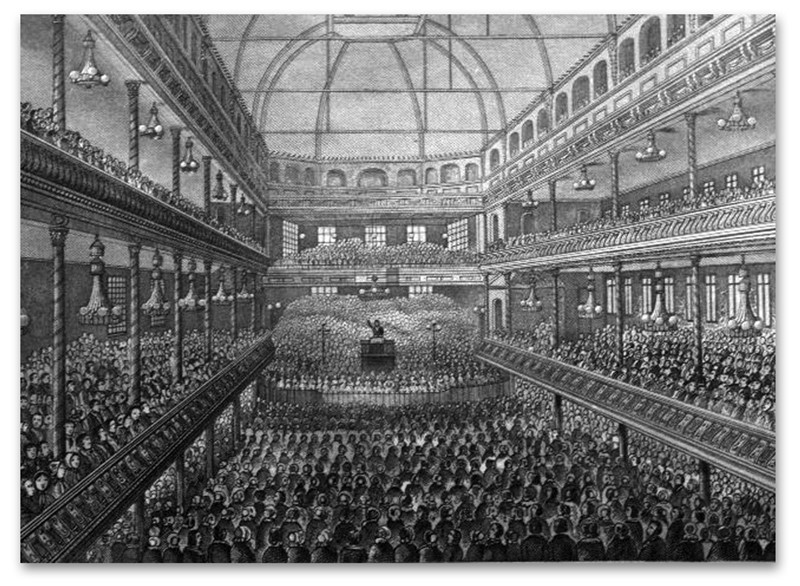 THE WAY TO DO A GREAT DEAL IS TO KEEP ON DOING A LITTLE. THE WAY TO DO NOTHING AT ALL IS TO BE CONTINUALLY RESOLVING THAT YOU WILL DO EVERYTHING.  CHARLES SPURGEON

In our hopefully upcoming DVD series “the Engagement” we will have a tour entitled “Fruit, Weeds and Counterfeits”. One of the key elements of that tour will include a survey of the many “counterfeits” that we find in our culture that deceive and pull us away from the true meaning of agape love. One of those counterfeits is best described by Linus from the cartoon “Peanuts”:

It’s funny, but this is so true of our modern culture. This is the Hollywood notion of gushing about loving the World, but in so doing, loving no one, really.

The true agape love that we are called to (we will try to define it in tE) can only be carried out within the context of a deep relationship. If you fervently seek the true good of an individual, you can only do that with a small number of folks.

It is easier to be enthusiastic about Humanity with a capital ‘H’ than it is to love individual men and women, especially those who are uninteresting, exasperating, depraved, or otherwise unattractive. Loving everybody in general may be an excuse for loving nobody in particular.

And G. K. Chesterton noted this, which might seem as if he were speaking of the progressive elite in our culture today:

They hate kings, they hate priests, they hate soldiers, they hate sailors. They distrust men of science, they denounce the middle classes, they despair of working men, but they adore humanity. Only they always speak of humanity as if it were a curious foreign nation…They are ceasing to be human in the effort to be humane.

What is happening here is that we have embraced a counterfeit of true agape love. True agape love operates only in the “small”. We have substituted in its place the “large” and in so doing have destroyed it.

I have, of late, been fascinated by the understanding that Jesus, when He started His ministry, did so by calling together a few men…twelve in number. Yet He really concentrated on three. If you study the Gospels, you will find that Jesus did heal many and He did speak to the multitudes, but it appears that His focus was on these few men. And when He left, it was to these few that He gave the charge to then go and make disciples of the nations. But how were they to do that? I would submit to you that they understood it within the example that He had given them.

Paul expressed it this way:

And the things which you have heard from me in the presence of many witnesses, these entrust to faithful men, who will be able to teach others also. 2 Timothy 2:2

All of this is in keeping with the God who created only two human beings and then told them to fill the earth. They were not expected to have a million babies. They would have a few and those would have a few and eventually this notion of the “few” would become the “many”.

In summarizing the entire law, Jesus told us to agape God and to agape our neighbor. He didn’t tell us to agape the world, for we cannot do that.

We are awash in a culture that has bowed the knee to itself. We worship ourselves. We believe that we are a god who can generate truth within our own heart. Because we are a slave to our hunger for significance, we then dream of big things for ourselves…in our daydreams we are the one that ends up being so, so significant. We get the girl, we get the guy, we win the lottery, we become famous, we become the greatest entertainer or athlete, we are loved, we are adored, we are the center of attention.

I am not saying that there isn’t a place for that at specific times and places in one’s life, for there is a need to not settle for that which is less than what we can do or accomplish with the gifts God has given us. But we are in danger of reinforcing the lie that anything "significant" has to come from that which is “big” and never from that which is “small”….that “big” is “significant” and “small” is therefore “insignificant”.

It keeps the body of Christ from thinking that there is something quite grand about dedicating your life to your family and the neighbors that live next door. It keeps us from action because we think our part is too “small”. It fuels our sense of insignificance. It ignites lust. It fans the flames of jealousy and class warfare.

It makes us want.

It renders us ineffective.

Despising the few, we want it all.

Even when we want to help others, we can get overwhelmed by the reality that there are too many needy, too many sick, too many abused…just too many. The problems are just so large…

And we end up doing nothing.

Oh, we resolve to do something…but we have to make the “something” big in order for us to think that it is worthwhile and significant.

I suspect that if Linus were real and he were sitting around the fireplace with Jesus and he uttered his sad commentary: “I love mankind, it’s people I can’t stand.” that it is possible Jesus would have smiled and then quietly said, “I can’t stand mankind. But I love people.”

Don’t let “big” get in your way of taking time for the widow next door.

The way to do a great deal is to keep on doing a little. The way to do nothing at all is to be continually resolving that you will do everything.  Charles Spurgeon