Surging Crime and a Look At Its Causes 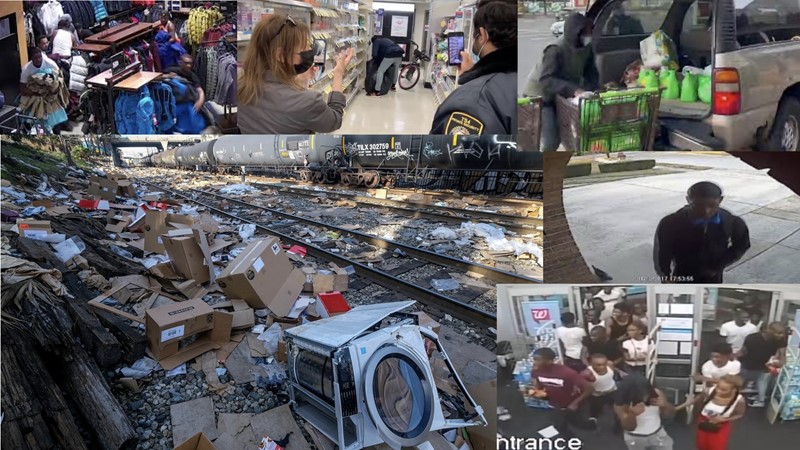 “Crime is first a moral issue. Failure to address it on that level ensures it will only get worse.”  Cal Thomas

Unless you are a Rumpelstiltskin, you must be keenly aware of our culture’s surging crime. In our own city, we have had eight murders already this year compared to only one by this time last year… and last year we set a record high for murders. This is in Colorado Springs, not Detroit or Chicago. In New York City, homicides are up 11% and shooting victims up 68%. In Georgia, some residents of Buckhead are wanting to secede from Atlanta because of the crime wave that they think the city doesn’t care about. As one Buckhead leader said, “we are in a war zone here” and the police are increasingly demoralized because they arrest criminals only to see them released by the legal system. The number of cops is way below what they need… some say as much as a third.  All this in the midst of, or aftermath of, calls to defund the police.

But it is not just the surge in the number of crimes. There is now a breathtaking boldness and brazen attitude by which crime is being carried out.

The upper middle photo was taken as a man entered a pharmacy in San Francisco on a bike in the middle of the day. He then began sweeping things off the shelves into a garbage bag. You can see that a customer and security guard are filming it, but neither took any action. The thief filled the bag and then calmly rode out between them.

In the lower right, you can see a mob pouring into a store, boldly taking whatever they could carry and then casually strolling away with their spoils. The upper left shows a mob during one of these flash robberies with arms loaded; the upper right shows a guy who filled a shopping cart during a mob rob. Employees of TJ Maxx have been instructed to let mobs have what they want—for their own safety and because they or the store could be sued if one of the thieves were to be hurt. That is why six thieves could enter the Ultra Beauty salon in South Gate, California, and without resistance, fill up garbage bags of high-end perfumes and other costly merchandise, and then brashly walk out. This is also why the security guard in the pharmacy took no action. Makes one wonder what security guards are for.

The lower left is the dregs from repeated robberies of train cars in Los Angeles. When the train rolls to a stop, a mob of thieves break into the rail cars and start busting open the cartons looking for high valuable goods. The boxes and stuffing and rejected items get thrown out of the cars leaving a railroad yard that looks like a trash dump.

Los Angeles and other U.S. politicians are perplexed by all of this and don’t know what to do, if anything. One leading politician expressed anger, not because mobs were stealing, but because some of them were selling the spoils online and making a filthy “profit”. This thinking has led to the legislative proposal that the government should oversee all private online sales, enforcing a “clear provenance” upon all goods sold. This would mean that if you wanted to sell your bicycle on Ebay, you would have to first prove to the State that you procured it by legal means. But, if you steal a bike and use it for yourself, then that seems to be okay to the Speaker of the House.

If this seems absolutely crazy, then reread the article on God giving us over to a depraved mind.

The final photo, middle right, is someone stealing a package off of a front porch in the middle of the day. This is becoming the new pandemic in our land. I am part of an online neighborhood community and it is rare that a day goes by without someone posting a Ring video or picture of someone stealing something from their home: packages on the porch, mail from the mailbox, or, as just happened yesterday, two guys pulling up in a pickup truck at 10am, nonchalantly pulling out tools and leisurely stealing the catalytic converter off her van.

Thieves no longer come in the middle of the night with masks. Now they waltz up in plain sight. There is an increasing boldness with an attitude that “your goods are owed to me and I am entitled to take them whenever I want.”

There has been much written about the surge of crime in our culture. On one side, the cause is laid at the feet of poverty and oppression by the ruling hegemony. On the other side, arguments point to the new laxity in laws and law enforcement.

I don’t agree with the former, for nothing shows a true statistical causality between poverty and crime. There are many poor countries with low crime rates. Some, however, misuse data and fail to see that it is the breakdown in the family that leads to both higher crime and lower financial wealth. It is a mistake to connect the crime with the poverty and ignore the ultimate cause: boys raised without an intact mom and dad, then becoming involved with gangs and crime.

The latter, though, has merit. The Scripture (Romans 13) makes it clear that in God’s design, the State is responsible to punish evil. When it does not, evil will naturally prevail. At this very moment, Putin is threatening to take Ukraine. Does anyone doubt that he would do so if he knew for sure that no one would resist him? If he, like flash mobs, knew that no one would step in to stop him? Ukraine would be gone in a heartbeat. If he calculates the cost to be tolerable, he will most certainly do so. He is merely testing the waters right now to find that answer. So, too, is China’s eye upon Taiwan. They will certainly take it when they believe the cost of doing so is below a certain threshold.

The point is this: if the cost to carry out a crime is low compared to the spoils, then crime will escalate. Without a cost for their actions, it is in the nature of people to steal and murder and rape and pillage. How do we know this? Because of a good anthropology that comes from a biblical worldview. Man is fallen in his nature and is prone to evil given the opportunity. Hence God’s institution of, and design for, the State whose job is to punish evil. This is also why James Madison famously wrote in the Federalist Papers: “If men were angels, no government would be necessary.”

But in a crazy world that has rejected God’s design and a true anthropology, the government is now casting off its role of punishing evil. California’s Proposition 47 made most thefts of less than $950 a misdemeanor, similar to a traffic ticket. Consequently, they are getting mobs raiding stores, guys on bicycles nonchalantly filling up a garbage bag with pharmacy goods, and trashed railroad yards and empty railroad cars.

Denver’s Police Chief, Paul Pazen, speaks boldly about how policy changes sit behind his city’s surge in crime. If you steal a car now in Denver, you will be let out on a “personal reconnaissance” bond, which basically means, sign here and you’re free. Chief Pazen speaks of arresting the same guy six times for auto theft in one year. This is more akin to our Fish and Game Department’s policy of “catch and release”.

But, it’s about to get much worse, for the Colorado Legislature passed a bill that becomes effective in a few weeks. It removes “felony” status from certain forms of drug dealing, theft, fraud, arson, kidnapping (false imprisonment), possession of weapons on school grounds, etc. These crimes will now be given a mere slap on the wrist and the criminal let go. How demoralizing for police officers to put their life on the line making an arrest, only to turn around tomorrow and find that the guy is back out on the street. It is not surprising, when the cost of committing a crime decreases down to almost nothing, that crime rises and criminal activity becomes bolder and more and more brazen.

With all this said, however, what has not been addressed in commentaries or news broadcasts, up until the Cal Thomas article, is that “crime is first a moral issue”. The State doesn’t determine ultimate right and wrong, God does. And when God declares something to be wrong, that declaration springs from His very nature. Stealing is wrong because it is contrary to the character of God.

Part of the great worldview divide that now plagues our nation is whether or not we want God to have any say in our personal, public or legal lives. No one any longer makes an appeal to God’s nature or Word when it comes to making laws. This is in stark contrast to our founding when William Blackstone, the legal author and tutor of all lawyers in early America, flatly declared that no law has any value if it is contrary to God’s law. This was to be the litmus test for any legislation and it was pounded into the head of all who made and prosecuted law in America.

Making policy and law in accordance with God’s design leads to peace and prosperity, as best you can have in a fallen world. Therefore, it is not surprising that public policy, state and federal law and judicial decisions, absent any eternal or divine foundation, are not only woefully inadequate to mitigate crime, they exacerbate it. Cal is right when he says that crime will only get worse if we continue to see it as merely a social or oppressive issue, or driven by the prime ethic of malevolent compassion. All of this is leading us inexorably to a time when “everyone will do what is right in their own eyes”.

Maybe we are already there.

So, dear Remnant, how will be act in these times?

First of all, do not get caught up in the lies of this new worldview and allow it to squeeze you into its mold regarding right and wrong. Be sure of this: it is not your heart that establishes the ethical lines. Second, the fight against bad policy is a good fight and it should be fought as best we can. Third, never let the enemy sap your hope or your joy or your commitment to Him. Take the longer view. Keep your eyes upon Him.

But finally, we must keep in mind that any real change is going to have to take place in the heart and soul of individuals. That will only come by the faithful and persistent prayers of the saints for those who are providentially placed near them along with the development of a significant relationship. If we remain faithful to this call of the Lord, then we pray we will begin to see a change in the few. And if the Lord should bless, that could translate into many.

“And let us not grow weary of doing good, for in due season we will reap, if we do not give up.” Galatians 6:90