Kruptikos: When a New Culture Arose and the Definition of Words Changed 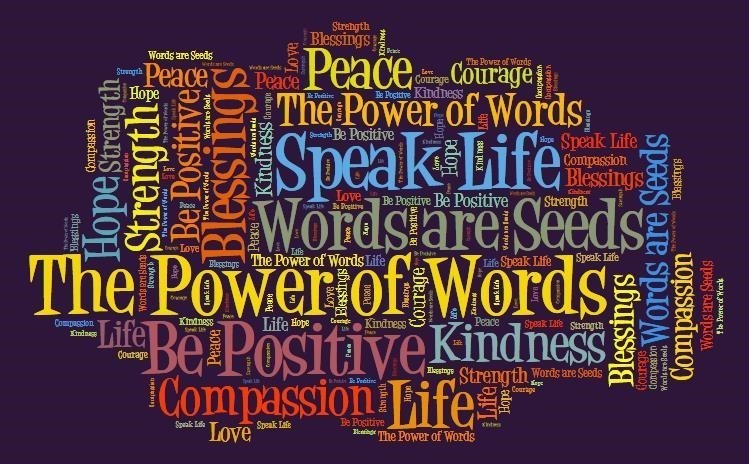 “It’s a hammer of justice, it’s a bell of freedom, it’s a song about the love between a brother and a sister, all over this land.” Peter, Paul and Mary

It is easy to look at the 60’s as a major turning point in America. It would also be easy to go too far in consigning everything there, for in actuality the forces of change go back to Rousseau and beyond. Nevertheless, it is in the decade of the 60’s that the earth began to move, so to speak, for Western Culture.

Some speculate about the deal Bob Dylan said he made with the “Chief Commander of the Earth” and whether or not he was inspired by demonic forces, but his 1964 song “The Times They Are A-Changin’” carried the message that something earth-shaking was happening:

Come gather 'round people wherever you roam and admit that the waters round you have grown. If your time to you is worth savin', then you better start swimmin' or you'll sink like a stone. For the times they are a-changin'.

Come mothers and fathers throughout the land and don't criticize what you can't understand. Your sons and your daughters are beyond your command…

The line it is drawn; the curse it is cast… As the present now will later be past. The order is rapidly fadin'… For the times they are a-changin'.

The times certainly were changing. And as part of those changes, and as a necessity for them to occur, the language had to be captured—the definition of key words had to be radically altered.

When Peter, Paul and Mary sang this song in 1962[1], most were oblivious to the reality that these common words had begun to mean something fundamentally different. Here, justice, freedom and love were now morphed into words couched in the ethic of a new rising culture. It was an ethic where the individual self was fast becoming homo deus, which meant that whatever the individual felt or thought or wanted was seen as a self-divine impulse. Ethics were no longer found in the external, whether that was from the culture or from God, the essence of right and wrong was now found within the individual self. This, of course, drastically changed the notion of compassion. No longer was it tethered by truth and wisdom, but it was an emotion provoked by the plight of the divine individual self under chains of oppression. This ethic of a radically new-defined compassion, and rapidly becoming our Prime Ethic, superseded and trumped all other ethics.

“Freedom”, as it burned in the heart and mind of the founding generation, was a vision that people could be free to worship without fear of punishment, to prosper and enjoy the fruits of their own hard work without economic barriers, oppression or excessive taxation, and to enjoy the freedoms of speech and assembly, self-protection and self-government. But all of these freedoms were couched under a biblical ethic in which all that we did was for the glory of God. My personal freedom was, therefore, bounded by the external or External. Conversely, the new freedom was one in which there were no boundaries, no “chains”. Freedom was now the right to be, and express, the divine individual self and to be affirmed by the culture around me in that divine existence and expression.

Justice, which in the biblical Hebrew and Greek is tied to the word “righteousness”, was the action to uphold righteousness for those who were being oppressed by unrighteousness. Now, justice was driven, not by God’s righteousness, but by the new compassion that saw “injustice” in the chains binding the divine individual self. Justice was therefore the removing of those chains—economically, theologically, and culturally. It was a justice without accountability.

Love was radically morphed as well and it became the concatenation of two things: First, it was the rise of “loving” your true, authentic, inner self and all those things that brought it pleasure, happiness and significance. Secondly, “love” became equated with the embracing of the Prime Ethic. I “loved” if I felt the Prime Ethic and acted upon those feelings. Hate became defined as the feelings and actions of those who rejected the Prime Ethic.

The rest of language was now in the crosshairs of this Prime Ethic as well. Male, female, marriage, sex, gender, etc. were all now on the potter’s wheel and the potter was the Prime Ethic.

Almost all of our issues today are the hydra that emerges from this new cultural “line that has been drawn” and “the curse that has been cast” to put it in Dylan’s words, if indeed they were really Dylan’s.

So… dear Remnant. How do we then live?

It is a scary thing to find yourself in a land where the words mean something radically different than those under a biblical worldview. I can remember numerous times being in a foreign country and feeling lost because I had no clue what was being said, nor could I communicate with them. Carl Trueman[2] states that we now find ourselves with “no common ground” to “engage in meaningful dialogue” with those of the new culture.

So, do we withdraw? Pull in the drawbridge? Isolate and pontificate within our own conclaves?

No! That is not who we are nor is that what the Lord called us to. This is actually a most opportune moment for us. The new culture has been led into a most perilous state. Not only will a culture not survive when it is has nothing “external” to unify itself, but the individual self who looks only within will be left with no real significance in this world. They are doomed to run desperately to and fro seeking the affirmation of first this and then that, but that affirmation will never satisfy the human soul; it will never comfort the human heart. Only God can do this. And this we know, dear Remnant. This truth we have as a precious jewel. It is not in our new nature to hide it and let our neighbor starve to death.

There may be no “common ground” to “engage in meaningful dialogue” with those of the new culture. But there is one thing that breaks that barrier; one thing that can tear down the walls and open a gateway. Truth and love go together, but it will be love, in the context of diligent prayer, establishing significant relationships first, in which trust will allow the hearer to begin to ask sincere questions that will allow us to speak the truth with wisdom and grace.

Herein, dear Remnant, is our answer. Commanded by our Lord 2,000 years ago. It is just what our new culture desperately needs, though they are oblivious to it.

[1] This song was originally created in 1949 by Pete Seeger and Lee Hays. Their band, the Weavers, performed it at a benefit for Communist Party leaders on trial. The band and song were blacklisted in the 50’s because it was so radical and no company would publish it. The same song, however, became hugely popular a decade later in the 60’s when Peter, Paul and Mary recorded it.