If Jesus Rose from the Dead, then (#9) God Would Record It Inerrantly (Numbers) 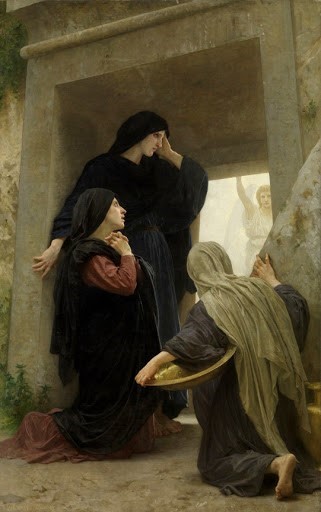 Yesterday we looked at the accusation that the resurrection accounts have contradictions regarding when the women came to the tomb—a contradiction of timing. Today we will deal with the contradictions of numbers. Charges have been rightly leveled at the gospel accounts because of the conflict in how many women and angels were at the tomb.

None of the gospels appear to agree. Do we have angels or men or just one young man? Do we have one or two, or initially no one at all? Were they outside or inside? Were they sitting on a stone, standing near the women, sitting on the right, or sitting at the head and feet where Jesus had lain?

The skeptic would say at this point, “Look, if the Bible can’t get the details right, then how can one trust it at all?”

So, let’s deal with these charges.

It is first extremely important to review some basics in how one comes to a text in order to understand what it is telling us. Academically, this is called “hermeneutics”—or the science of how to interpret biblical text. Rule 9 is important for us here:

What this means is that every historical narrative cannot record “everything”. Philip Schaff’s “History of the Christian Church” is massive—8 volumes. But he is covering 2,000 years and untold numbers of people, both cleric and non. Count up the number of hours in 2,000 years, or even days, and you will quickly realize that even in the best, and most extensive of historical narratives, the author must be highly and radically selective.

John writes this about the works of Jesus:

Jesus did many other things as well. If every one of them were written down, I suppose that even the whole world would not have room for the books that would be written. John 21:25

If this is true, then how selective must one be to write the life of Jesus into a few pages? And, not only that, but every historical author is selective based upon the purpose for which he is writing. The same is true for the gospels. They each have a purpose. I would say a divine purpose over which the Spirit of God is superintending.

Let's begin our examination today with this understanding and its corollary:

A partial historical record is not a false record

Armed with this and the naming conventions we devised earlier, let’s relook at the gospel accounts:

Luke says there were at least five, maybe more women that came to the tomb. If Matthew, Mark and John only list 2, 3 and 1, respectively, this does not pose a contradiction. If John had used the words “Magdalene came alone to the tomb” then we would have some more work to do. But even then, that would be entirely possible.

Here is a scenario: Magdalene leaves early, while it is dark, she makes stops where the other women are staying, joining up with Aunt Mary, Salome, Joanne, and three more women (guessing), making a total of seven women (that sounds complete!) The point is, this is consistent with all four gospel accounts because it is not incumbent upon the author to list everything. It is also possible, as they approached the tomb and the earthquake struck, that Magdalene broke free from the others and rushed to the tomb, got there first, saw it was empty and then ran to tell Peter and John. All of this is not only reasonable, but one of many scenarios that provide a logical answer to the critic.

Let’s now look at the angels at the tomb:

Again, it is not an inconsistency for an author to give us a record that tells of one angel speaking, when there might have been another present. That is his right to be selective.

It is apparent, as well, that we are dealing with several different events. John tells us about Magdalene seeing angels after she has run to tell Peter and then comes back to the tomb. Her experience is different than that of the other women in Matthew, Mark and Luke. So, in looking at those three, Matthew tells us the angel descended and rolled back the stone and sat upon it. We have nothing in the text that demands he is still on the stone when he speaks to the women. It is most likely that his interaction with the women was after they had arrived and gone into the tomb, which would bring it in line with Mark and Luke—inside the tomb. This also is consistent with John’s account, because when Magdalene arrived the first time, the angel appears to no longer be sitting on the stone.

So, we now only have the differing accounts of the “other” women and the angels inside the tomb. This, too, is not hard to reconcile, because if there are two, then there certainly is one. And the author could be directing us to simply the one who is speaking.

There is another scenario which would work as well. We are not compelled by the text to think that the women all came to the tomb in one big group. In fact, it is highly reasonable that they had arranged to meet each other there. This would lead us to understand that they arrived at the tomb at different times. Magdalene first, and possibly alone, who then runs to tell Peter. The second group arrives and they are met by angels. They run to tell the disciples as told. The third group arrives, they also interact with the angels and they leave, but tell no one because of their fear.

The point, here, is that there are numerous scenarios that do away with the charge of contradiction when it comes to the number of women and angels at the tomb.

And, as to the use of the word “men” to describe angels, in Acts, at the ascension of Christ, we find angels referred to as “men”. Probably because they appeared in human form:

They were looking intently up into the sky as he was going, when suddenly two men dressed in white stood beside them. Acts 1:10

It seems like being dressed in white is a consistent description of angels! So, the “men” and the “young man” were all obviously angelic beings.

As we walk through this in an apologetic manner, let’s not forget what the message was. God was gracious to announce that glorious news to the women through His angelic creatures. But, it can get lost in the defense, though that defense is certainly not hard to make. It is the message they brought that should not be lost on us.

He has risen, indeed!