If Jesus Rose from the Dead, then (#33) We Will Be Together Again 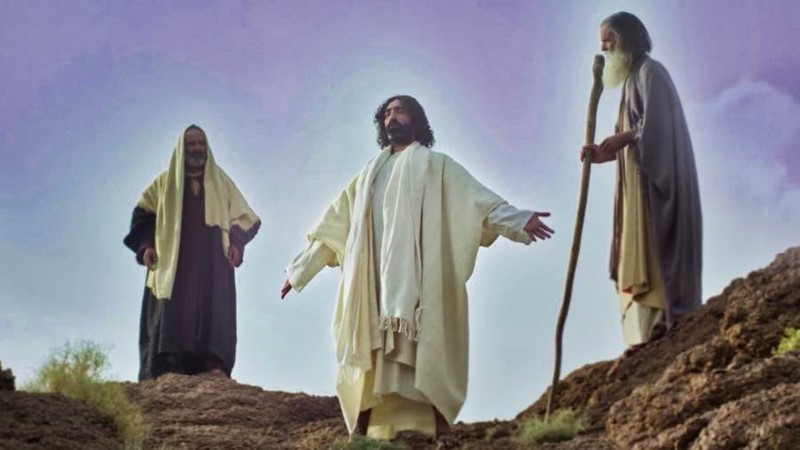 Because of the resurrection of Jesus, one of the great hopes we have is that we will one day be reunited with our loved ones who have died in Christ: husbands, wives, sons, daughters, family and friends. Ravi Zacharias left us just a week ago, but we will be with him again. My father passed away a number of years ago and I still miss him, but he and I will one day laugh together once more.

Is this just some Pollyanna wish or do we have a firm basis for it?

David seemed to think that he would see his infant son in heaven:

I tell you, many will come from east and west and recline at table with Abraham, Isaac, and Jacob in the kingdom of heaven… Matthew 8:11

If Jesus says we will sit down and have a meal with Abraham, then that’s pretty strong.

One of the more detailed passages in found in Paul’s letter to the Thessalonians. Paul is comforting those who have lost loved ones in Christ:

But we do not want you to be uninformed, brothers, about those who are asleep, that you may not grieve as others do who have no hope. For since we believe that Jesus died and rose again, even so, through Jesus, God will bring with him those who have fallen asleep. For this we declare to you by a word from the Lord, that we who are alive, who are left until the coming of the Lord, will not precede those who have fallen asleep. For the Lord himself will descend from heaven with a cry of command, with the voice of an archangel, and with the sound of the trumpet of God. And the dead in Christ will rise first. Then we who are alive, who are left, will be caught up together with them in the clouds to meet the Lord in the air, and so we will always be with the Lord. ... 1 Thessalonians 4:13-18

But, there are those who claim this will only be a spiritual resurrection. We have already dealt with that, but let’s look at it some more:

But our citizenship is in heaven, and from it we await a Savior, the Lord Jesus Christ, who will transform our lowly body to be like his glorious body… Philippians 3:21

This is one of the clearest passages we have that God is going to give us a body like the Lord’s. And we know what His body was like. We looked at that earlier. It was a physical body. They saw Him and touched Him. They talked with Him and ate with Him.

This is exactly what John is saying as well:

Beloved, we are God's children now, and what we will be has not yet appeared; but we know that when he appears we shall be like him… 1 john 3:2

When Moses and Elijah met with Jesus, they were recognized by Peter as being in physical bodies for he offered to make tents for them. (Matthew 17:3-4)

We are given another picture in Revelation:

After this I looked, and behold, a great multitude that no one could number, from every nation, from all tribes and peoples and languages, standing before the throne and before the Lamb, clothed in white robes, with palm branches in their hands… Revelation 7:9

If we are “standing” and “clothed” and waving “palm branches in our hands” then one might rightly conclude we are in a physical body.

Here is another interesting insight:

This comes from the very lengthy passage in which Paul deals with the question, “What kind of body will we have?” It is a great question, for the passage above implies there is something different about the new body: the old one is from “dust” and the new one is from “heaven”. Paul gives us some more detail, although it isn’t exhaustive for sure. I encourage you to read this whole chapter, but here are a few of the insights we get about what kind of body we will have:

What you sow does not come to life unless it dies. And what you sow is not the body that is to be, but a bare kernel, perhaps of wheat or of some other grain. But God gives it a body as he has chosen, and to each kind of seed its own body. 1 Corinthians 15:36-38

Now the next verses are critical for us to begin to understand what the “difference” might be:

Paul is telling us that the difference is going to be in its “glory”. The Greek word is doxa and it can mean a lot of different things. In the context here, regarding the sun, moon and stars, it most likely means “splendor” or “brightness”. What does that mean for our new bodies? Well, Paul tells us what “glory” means for our bodies:

Now, do not let the last two verses throw you: “natural body” vs “spiritual body”. Some have used this to say we will only be spirits floating around. The key word is "body" and remember all the passages we just looked at. We will be given a body like Jesus' body. The natural body is the fallen body; the spiritual body is the new imperishable one he just described. Jesus was in His spiritual body when He appeared to the women and the disciples and to the many others. We don’t know every detail about it, but it seems to me that it was able to pass through solid matter or it could transport itself instantly from one place to another. Molecular physics informs us that the vast majority of the space that a solid object takes up is made up of space! It is not beyond reason that our new bodies would be able to pass through matter.

But, although we don’t know the specifics of the new body, we do know that it will no longer be a fallen body in a fallen world, because God is going to make all things new:

Then I saw a new heaven and a new earth, for the first heaven and the first earth had passed away, and the sea was no more… Behold, I am making all things new. Revelation 21:1, 5

This was prophesied long, long ago:

For behold, I create new heavens and a new earth… Isaiah 65:17

Isn’t it wonderful how consistent God’s word is? From beginning to end.

You and I, who are in Christ, are going to be raised with “imperishable” bodies and placed in a “new earth” that will no longer be groaning and decaying. It will be a most marvelous place and we will all be together with our loved ones in the Lord and all of the saints. We will walk and talk with Ravi and with Paul, with Moses and Enoch. My personal opinion is that we will have an immense universe to visit filled with the most jaw-dropping sights. The fact that God raised Jesus physically and He is going to raise us physically and He is going to create a new heavens and a new earth tells us that the old Gnostic position that the physical was evil is wrong. There are those today who lean toward this as well. No, God has blessed the physical. He created a physical world and He will recreate it. Don't let the spiritualizes take that away from you.

And, for this reason, we know in this new heavens and earth, we will all be together again... physically.

Doesn't this lift our souls on this present earth in longing? Doesn't it fill us with a confidence and peace that no matter what our circumstances are in this fallen world, no matter how much the wicked prosper and the enemies of God and His truth bark and appear to hold the upper hand, that they do not? Does it not bring perspective to our trials and tribulations and momentary losses, that one day it will all be made new? Does it not relieve our worries and cares to know that those of us in Christ will receive an inheritance that has no equal?

I suppose we ought to close with Paul's ending of that amazing chapter on our resurrection:

Behold! I tell you a mystery. We shall not all sleep, but we shall all be changed, in a moment, in the twinkling of an eye, at the last trumpet. For the trumpet will sound, and the dead will be raised imperishable, and we shall be changed. For this perishable body must put on the imperishable, and this mortal body must put on immortality. When the perishable puts on the imperishable, and the mortal puts on immortality, then shall come to pass the saying that is written: “Death is swallowed up in victory.” “O death, where is your victory? O death, where is your sting?” 1 Corinthians 15:51-55