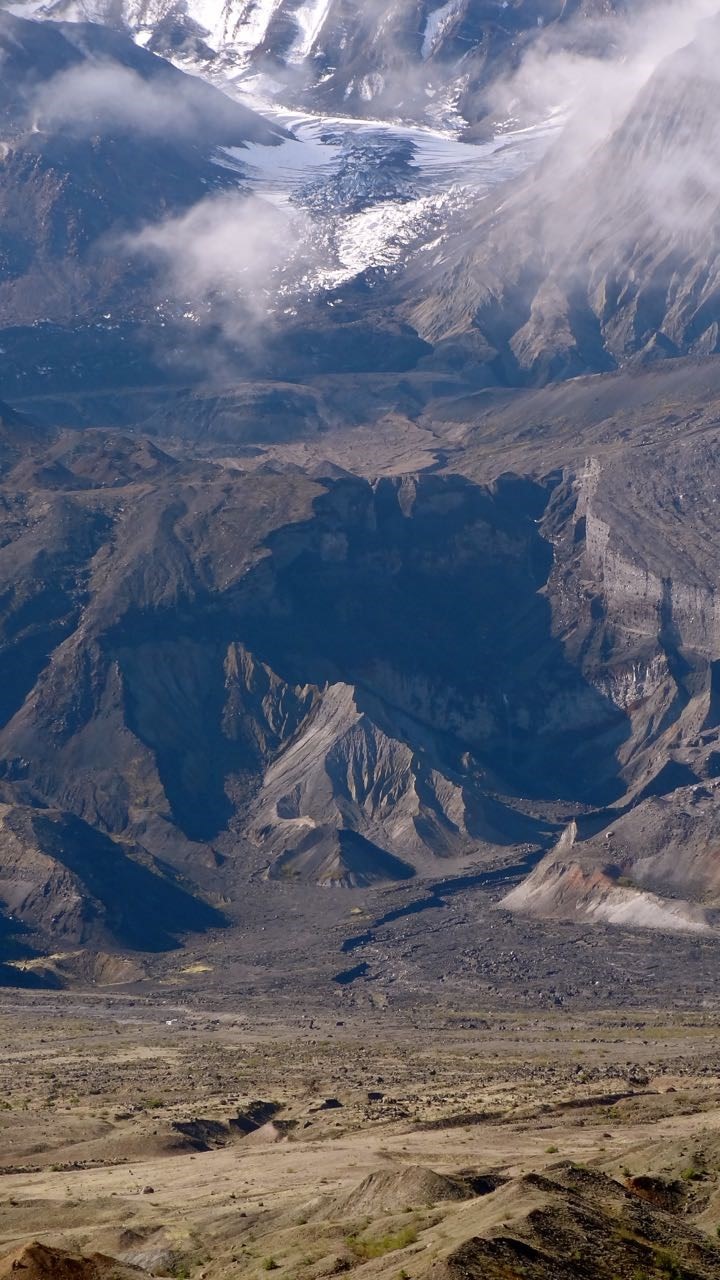 This is a picture of “Step Canyon”. It is just below the current dome of Mt. St. Helens.

In March of 1982, another explosive eruption melted a thick snow and ice pack that had built up in the crater since the 1980 events. The resulting water and mudflow cut through the bedrock at the edge of the crater. In a matter of hours, as if it were a hot knife going through butter, the mudflow cut out 600 feet of solid rock and left this canyon, with its spectacular waterfalls. Prior to this event, the melting snowpack had been flowing out of Loowit Canyon, just to the east, which had been cut out during the 1980 eruption.

As we mentioned yesterday, it was the 1982 mudflow that also cut out the Little Grand Canyon as well as other significant erosions above and below it.

Keep in mind, when you look at this picture, that prior to 1980, the entire frame would have been filled with a massive green forest covering the smooth north slope of Mt. St. Helens. You may have just seen the beginning of the tree line towards the top. It would have been a fairly boring picture with little character. Now it is filled with complex geological features, laid down with rapid deposition and cut out by rapid erosion. The entire landscape was transformed by a catastrophic event of unimaginable power...yet it was actually quite small compared to the power unleashed in other catastrophic events of the past.

But there is one more event that occurred at Mt. St. Helens that we haven’t yet covered, and it may be the most amazing and most eye opening of them all.

That is for our last day.

A Hummingbird, an iFlower, and a Moment of Glory

Sometimes things occur so quickly that you barely have time to register what is happening. I was sitting...