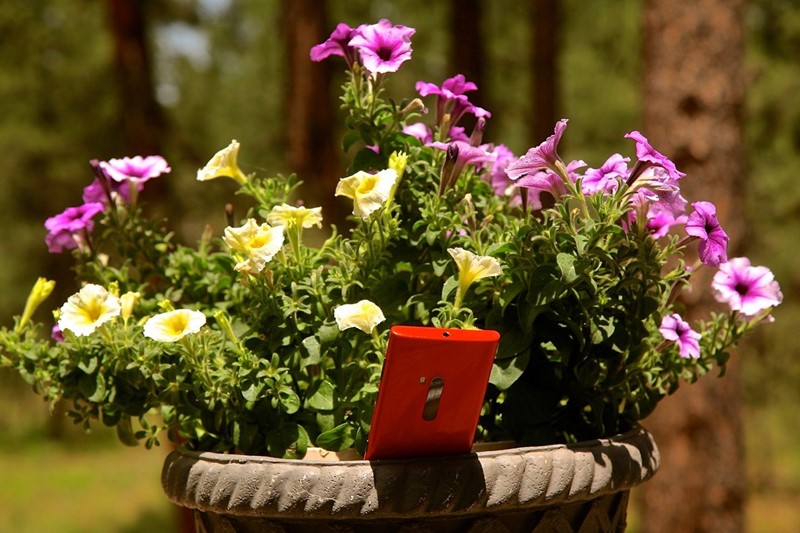 Sometimes things occur so quickly that you barely have time to register what is happening.

I was sitting on my deck, enjoying the Colorado blue sky, sparkling air and the butterscotch smell of the ponderosa pines. I had a turkey sandwich in my right hand and in my left I was reading an email on my red smartphone.

Out of nowhere, a hummingbird appeared, hovering in front of my nose. I could feel the wash of air from its wings and hear their familiar buzzing… louder than usual because we were eye to eye. It then darted to my sandwich, hovered for a second, then back to my nose. Pausing only briefly, it then flitted to my red phone, hovered, and then in the blink of an eye, thrust its beak down the earphone hole. Just as quickly, it pulled out and was gone.

I sat there with my mouth hanging open.

I am sure I will never see anything like that again. It couldn’t have taken much more than five seconds from beginning to end, but it will last forever in my memory.

These are times you just have to thank the Lord for the experience. There are no photos, no video, no witnesses… just the humming bird and me brushing up against each other in a moment in time in a creation that defies explanation.

I have often thought of the exquisite design of the hummingbird. They are remarkable in their flight capabilities. Not only can they hover, but they can dart up, down, left, right, forward and backwards (the only bird that can do so). They can fly just as easily upside down. They can spot potential food targets and zoom in, pull up, hover, sample, and exit in the blink of an eye. They remember every flower (and phone) they’ve every sampled and they seem to know how long it takes the flower to rejuvenate the nectar they’ve taken. They have a third set of eyelids that act as flying goggles to protect them as they zoom around, sometimes as fast as 65 feet/second, which is about 45 miles per hour. Now you may not think that is not all that fast because you can drive faster than that, but they reach those speeds almost instantly… and they can stop almost instantly, hover, and then zoom off in another direction. They have been clocked at 60 mph while diving, with the same ability to stop on a dime. They beat their wings up to 200 times per second… that’s why they “hum”.

They are the tiniest bird in the world and they can flash their colors or hide them at will. Their hearts beat up to 20 times per second and while at rest, they breathe four times per second.

Their wings can rotate in a full circle.

The Ruby-Throated Hummingbird has been known to travel across the Gulf of Mexico to breed…. 500 miles and 20 hours of flight time.

Job 12 counsels us to ask the birds and they will explain it all to us.

“Who among all these does not know that the hand of the Lord has done this, in whose hand is the life of every living thing, and the breathe of mankind?” Job 12:9

The hummingbird’s favorite color is red.

Buy yourself a red smartphone and go sit on your deck and learn from the creation.