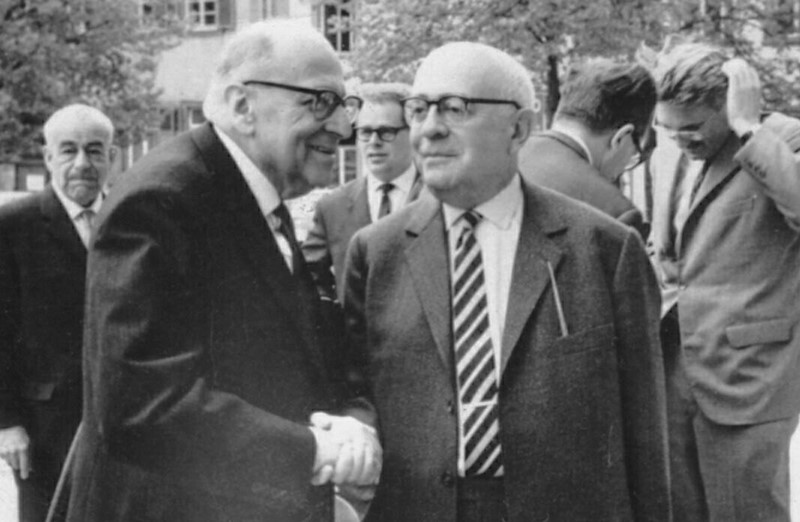 Marx died in 1883, but as Breese wrote (Seven Men Who Rule the World from the Grave), Marx ruled on. Pandora’s Box was open and a demonic package was unleashed upon the world. It rested upon naturalism and evolution, a dialectic view of history and a scathing atheism. In Marx’s doctoral dissertation, he emphasized his “hatred of all the gods”. But the deeper evil Marx sowed into this mix was a brew that would entice the masses to destroy the social structures around them, yet in so doing, it would ironically seal their own doom. Marx promised a false Savior, another Gospel, a redemptive utopia at the end of their revolution, but it was nothing but a scam. I have yet to think that Marx, himself, was anything more than just a pawn in the Enemy’s hand. Marx lived in a time and place where there was evil and corruption and oppression—the industrial revolution had yet to create a middle class, so to speak. Workhouses and conditions were terrible. Wealth flowed only one way. Christianity was slow to respond, though it did in establishing orphanages, child labor laws, etc. so it was easy for Marx to see all of that and feel like it needed to change, which it did. But I believe Satan used those things to produce a demonic plan through Marx to kill, steal and destroy.

Here is a woefully short summation of what the Marx package contained:

“From the viewpoint of communist morality, that is moral which promotes the destruction of the old, exploiting society, and the construction of the new, communist society. Everything that hinders this development is immoral or amoral. To be a moral man, in our understanding, means to devote all his forces and energy to the cause of the struggle for a new communist society.” Communist Morality

This, then, was what came to the United States in the early 1900’s.

Most formally, the move can be identified with the Frankfurt School, a collection of Marxist scholars who lived in Frankfurt, Germany. World War I moved them to Switzerland and then a few years later to New York, where they became affiliated with Columbia University. The primary issue that drove their dialogues at that time was the puzzle of why Marxism, predicted by Marx to throw off Capitalism, had not happened everywhere, and in particular, in America.

Their theory, along with the theory of Antonio Gramsci, an Italian Marxist, would drastically morph Marxism into the form we find it today as it operates not only in America but in virtually every non-Communistic country in the world.

A large middle class is fairly resistant to being convinced they are “oppressed” by their bosses and companies through which they have gotten fairly decent jobs, earn a good wage, have a comfortable place to live, a car or two, vacation time, access to entertainment, TV, sports and for those who desire, the opportunity to work hard and improve their lives, materially, even more.

A vibrant middle class poses a serious problem for the revolutionary-tear-it-all-down of Marxism. And, even though there was still a “poor class" in America, they were rich in comparison to much of the rest of the world.

So, Gramsci and the Frankfurt School had to come up with another way to achieve revolution.

What if one could create a different view of oppression—one that was not economic based, but culturally based? What if one could convince various sub-classes of people that they were oppressed by a cultural power and radicalize them?

Gramsci held forth that it was a “hegemonic power” that was keeping the revolution from happening and therefore it was this hegemony that had to be destroyed. In America, that hegemony was initially the white male. If you could make “white” and “male” the hated, oppressive enemy, then you immediately had a ready-made set of “oppressed” sub-classes: every non-white and every woman was now available to be convinced they were an oppressed “minority” and therefore open to be groomed for revolution.

This was a new way to think in America. The notion of “minorities” and subclasses and tribal thinking replaced the “melting pot” ideals of the American dream, notwithstanding the evil of slavery and the treatment of the Native American—the former costing millions of American lives to eradicate; the latter still an undealt stain. But on the whole, America was a melting pot in which the American dream was open to all and into which millions streamed from all over the world to pursue that dream and their hope to become an "American".

But now, as the Marxist worldview spread from Columbia into virtually every university in America, people were being taught to identify, not as Americans, but as a subclass, inherently oppressed by the hegemonic power. "And if you, dear student, weren’t aware of that before you came to the campus, we will teach you why you should hate America and the hegemony."

And if you are the hegemony, you are not only automatically the oppressor, you are also inherently racist, homophobic, transphobic, hate-mongering and privileged.

It was the Frankfurt School (particularly Horkheimer and Adorno, pictured above) that developed Critical Theory, which broadened Marxism from purely economic Proletariat versus Bourgeois, to any cultural subclass oppressed by a dominant hegemony. It spawned a plethora of specialized theories: Critical Race Theory, radical feminism, multiculturalism, post-colonial criticism, White Privilege and a host of university classes that teach how some subclass has been oppressed by the hegemonic power and the systemic evil of America.

And this, of course, is the key to how one can spot them. Whether it is Critical Race Theory or Gender Studies, there is always a hegemonic power that is oppressing a minority. In CRT it is whiteness oppressing non-white; in GS, it is the oppressive heterosexual, cisgendered male. With BLM, it is White America and the police.

It is the 1%. It is corporations. It is “toxic masculinity”. It is oil. It is evangelical Christianity.

It is the “woke” versus the “unwoke”.

It is all part of the consistent theme: you are oppressed by an oppressor—become an activist, protest, burn, destroy, tear down. This is the worldview basis of our current “cancel” culture, driven to destroy the history, the foundations, the social, moral and ethical structures.

A few days ago, Abraham Lincoln’s statue was torn down in Portland. Who would have ever thought such a thing would come to America?

If you haven’t taken a stroll through University curriculum descriptions and activities, you are in for a shock if you do. Pacific University has scheduled a November 4 event entitled “Survivors of Interpersonal Violence Solidarity Space/After the Election” for those in whom the election will have a “disproportional impact on the mental health of our historically marginalized students”.

Marx would be pleased.

P.S. If you would like to listen to a great presentation on Cultural Marxism by Dr. Voddie Baucham, you will find it here.

One of the most identifiable elements of Greek mythology is “Pandora’s Box”. The original...