Bonaire and the Donkey of the Lord 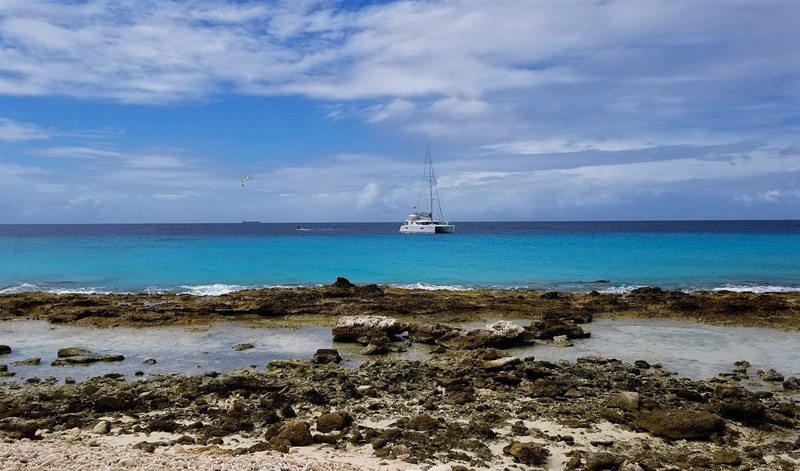 I’ve run off to the somewhat desolate island of Bonaire. Doing some scuba diving and snorkeling. Enjoying time with new friends and old. But I’m here primarily to contemplate and wrestle.

One of the difficult passages in the Scripture is the story of Balaam. For many, it seems that God gave Balaam permission to go to King Balak when he had been summoned. But when Balaam headed out, an angel of the Lord stood in the path with a sword to strike him down because God was angry that he was going. The angel was invisible to Balaam, but not to his donkey. The donkey shied away off of the path and Balaam got angry and struck him. On the way again, the angel then stood in a narrow passageway and the donkey smashed Balaam’s foot up against the wall. The donkey received another blow. After a third time, Balaam was incensed with the donkey and struck him with his staff. The Lord then opened the donkey’s mouth and he told Balaam about the angel with a sword that had Balaam’s name on it. Balaam’s eyes were opened and he realized the donkey has spared his life.

Someday I will write about this event to seek a little clarity in what was going on.

But for now, it is sufficient to note that sometimes when impediments or obstacles arise in our life, it isn’t always clear if it is the enemy, the normal rocks and weeds of a fallen world, or the Lord’s donkey.

I think most of the time it is clear.

I remember the travails of getting the family to church on Sunday morning or the huge obstacles and waves that seemed to continually crash up against us in preparing the Truth Project. When we filmed “Who Is Jesus?” we lost all of my audio and it had to be redone with ADR… a grueling process. In most of those cases it was clear that we were dealing with the curse of the Fall or the enemy. But sometimes something hits you out of the blue with such force that you just don’t know if it might be the Lord.

It is in those moments that we are driven to do what the Lord modeled for us: go off to a quiet place and pray.

So here I am in Bonaire… a rocky, desert-like island contemplating where to go from here. What is abundantly clear from these contemplations is the Lord’s call to do “the Engagement”. I am increasingly assured of the urgency of its teaching. And, I am assured, after seven days, that He is going to open the last big door and we will be on the final leg.

My encouragement to you is that you turn to Him often and quickly. It is easy to scoff at Balaam who was angry because the events in his life were not going according to his script and yet fail to see our own reflection. When this happens it is even easier to lash out at those around you, even those, like Balaam’s donkey, who had been graciously carrying Balaam around for most of his life.

Find a “Bonaire” where you can withdraw. Pray diligently. Seek His face. God does not hide His will from His children. But He reveals it through His ordained means of faith, which include prayer, the Word and Godly counsel.

Don’t despise the Lord’s donkey, for when he smashes your foot against the wall or lies down underneath you, there is a divine reason for it. Don't kick him.

P.S. Coincidentally, Bonaire is know for its wild donkeys that roam the island.

The light of naturalism’s lamp illuminates only the natural. Therefore, nothing outside of the materi...

In the new release “Batman v Superman: Dawn of Justice” we will be treated with one of our cult...