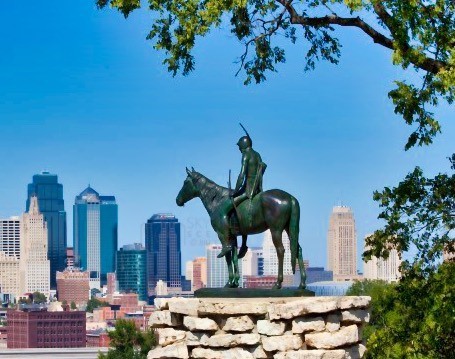 I married a direct descendent of Chief Fields. He led the Cherokee delegation to Washington in 1866. I grew up not far from the Fort Hall Indian Reservation in Idaho and had many friends that were from tribes such as the Navajo and Shoshone-Bannock. I am familiar with the difficult circumstances of the American Native Indian and think it remains a major blemish on the American record.

However, I read with distaste an article yesterday by ML Cavanaugh in the Colorado Springs paper concerning one of our local high schools which has been under intense pressure from Woke-Think to change its mascot. They are caving and it is scheduled to be removed this fall.

They are the “Indians” which Cavanaugh says is both “disgusting” and “wretched”. He applauds its cancellation because he states it is racist “name-calling”.

This is pure and utter nonsense.

No school or sports organization selects a mascot that they seek to belittle or make fun of. No one wants to be the Colorado Maggots or the Arizona Vomit. They select a mascot that is to be celebrated, held in awe, fearsome. My high school mascot was the Broncos, shown rearing and snorting. My college mascot was the War Eagle. Notre Dame isn’t making fun of the Irish nor is Minnesota making fun of the Vikings or anyone of Scandinavian descent.

There is a famous statue in Kansas City called “The Scout” depicting a Sioux Indian on horseback surveying the horizon. It was originally exhibited in California and was on its way east when it was temporarily displayed in Kansas City. It became so popular there that a kid’s campaign to purchase it raised $15,000 in nickels and dimes. It was then permanently placed overlooking the city as a memorial to the local Indian tribes . The city’s hockey team was thus named the Kansas City Scouts and it is the underlying reason why their football team is the Kansas City Chiefs.

It seems to me, rather than fall into the current Cancel Culture frenzy, our local high school should do something quite epic. What if they were to celebrate their mascot and start a tradition of helping American Native Indians? What if they were to become a school that led the nation in understanding the real plight of the Navajo or the Shoshone-Bannock? What if they were to select a reservation and Juniors and Seniors were sent there on field trips to learn more about their heritage and find ways to be of true help instead of the debilitating way we treat them now? What if their high school became known as the “go to” place for starting similar efforts in other schools who similarly proudly uphold the emblem of America’s great early people groups?

What if they took the better road rather than blindly going along with nonsensical “self-righteous” mania?