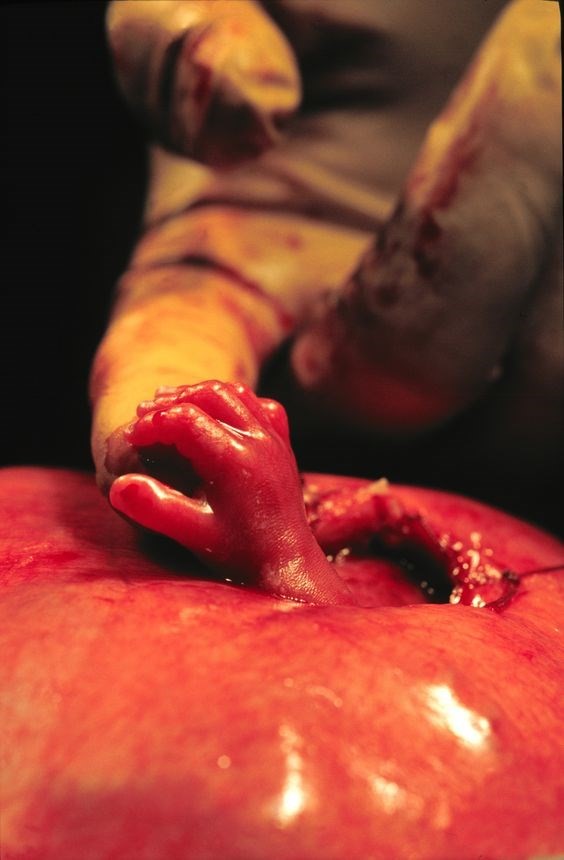 On 9/11, 2,996 people were murdered in the Twin Towers, the Pentagon, and in the field in Pennsylvania. We mourned. Republicans and Democrats joined in prayer on the Capitol steps. The nation was stunned.

Yet every day, we murder more than that in our abortion clinics.

Over a million babies a year.

Dismembered, heads pierced with scissors, cut into pieces and thrown in the trash, body parts harvested for commercial use.

It is not “politically correct" nor comfortable to speak of these things. We are like the Germans who didn’t want to think about the Jews being incinerated alive in the ovens not too many miles away from their comfortable homes. We would rather ignore the horror of what is really happening.

I cannot imagine the screams of the blood that cries up to heaven.

The United States leads the world in the murder of innocent babies in the womb of its mothers.

Yet, we don’t mourn. We don’t gather together on the steps of the Capitol every day and pray in anguish over this.

There is, instead, one political party that celebrates this “right”.

I know I spoke openly against Donald Trump in the primaries. I believed we had better choices available to us then.

But we now have only two real choices.

And when it comes to the issue of life, there is only one for me.

The Clinton/Kaine Platform and Team is clearly on the side of abortion: funding it, promoting it, ensuring it will be codified in health care laws and regulations; forcing it on employers to provide it though those employers may believe it is horrific to do so.

The Trump/Pence Platform and Team is clearly on the side of life: defunding it from federal support, stripping it from health care laws and regulations; pursuing ways to reduce this horrific holocaust that is a stench in our nation before a holy God.

There are only two real choices. Don’t be fooled in this. Voting for a third party is a wasted vote and a vote for abortion. Sitting out and not voting is an abdication of responsibility and a vote for the same.

I am voting for life.

I encourage you to consider doing so as well.