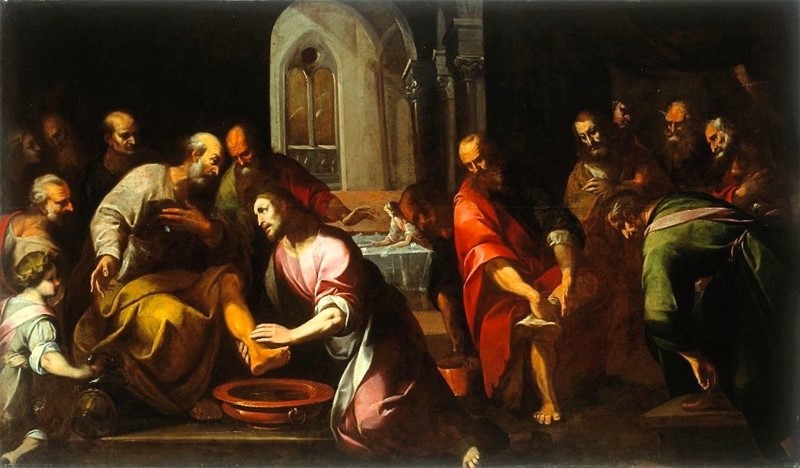 Sometimes gazing upon the face of God stumps us. Sometimes it stupefies us. And sometimes it means we have to rethink the picture we have created in our minds of who God is. All of this was true of me the first time I contemplated that God was humble. I honestly didn’t know how to fit it in with attributes like omnipotence, omniscience, and sovereignty. It seemed that a God who was holy and just and a “consuming fire” that blazed forth wrath upon evildoers certainly, in my mind, didn’t quite match what I envisioned as “humble”.

The road for me began with the words of Jesus when He said that He was “gentle and humble in heart”. Now I had read this many times before, but often the Spirit of God will highlight some words to us and it’s as if we had never read them before. So here was Jesus telling us that He had a humble heart. Well, in my shallow thinking, I thought that this was, of course, true of Jesus, but certainly couldn’t be true of God the Father, for He, in my mind, was the Lawgiver, the Judge and that awful “Consuming Fire” that devoured the offerings on Mt. Carmel and subsequently 450 prophets of Baal were slain. He split the ground open and swallowed up the entire clan of Korah and 250 priests were burned up. He is the God of Revelation who sends forth the four horsemen of the apocalypse that destroy vegetation, seas and rivers; He blasts trumpets and pours out bowls of wrath and sends plagues where the rivers turn to blood and men are consumed with sores; mountains are moved and stars fall from the sky and locusts torment men for months.

Whew! Hard to reconcile the holy, wrath of God with a humble heart.

I basically began to think that the “humble” heart was for Jesus and the consuming fire was the Father. And, unwittingly, I slowly created a polytheistic god in my mind and not the One God of Scripture.

Then the Lord highlighted another passage for me. This was the killer.

In the Upper Room, Jesus performed one of the greatest acts of humility, washing the disciples stinky, dirty feet. A few minutes later, after performing this humble act, Philip said to Jesus:

“Lord, show us the Father, and it is enough for us.”

And Jesus made the stunning response:

“Have I been so long with you, and yet you have not come to know Me, Philip? He who has seen Me has seen the Father…”

And it dawned on me, that when they saw Jesus kneeling before them washing their feet, they were watching the Father as well.

Paul states that Jesus is the “exact image” [eikon] of the invisible God (Colossians 1:15). We could dwell on this word for days, but the essence is just what Jesus said: "If you’ve seen Me, you’ve seen the Father."

There is no polytheism here. There is One God, and He is humble… through and through… Father, Son, and Holy Spirit.

So how do we reconcile our bad thinking? How do we bring together what we have erroneously thought as incompatible: the powerful, omniscient, almighty, holy, consuming fire of God and His humility?

Well, the problem isn’t with God, for none of His attributes are contrary and He is totally consistent within His own Being, so it must be with us… with our thinking.

I have often used this metaphor:

Suppose there were two kings. Each ruled over half of the earth and all of its wealth. Both unimaginably powerful. One king would never, ever engage with the people, especially paupers. The other king, when his duties were done at the end of the day, would put on a ragged cloak and walk in the streets, talking with the people, the shop owners as well as the man who swept the street.

In your eyes, which is the greater king?

It is here that we begin to understand just what it means for God to be “humble”.

In Psalm 113 we read this great passage:

“Who is like the Lord our God, who is enthroned on high, who humbles Himself to behold the things that are in heaven and in the earth?”

The Hebrew word here [shaphel] means that God has to “stoop” to engage with our world. This is like the king who puts on the ragged cloak and comes down from his lofty throne to speak with the peasants. But it is greater, for God is higher than any king could ever be. And to Him, we are lower than any peasant could ever be to an earthly king.

But this is our God… who stoops, who humbles Himself, to engage with us.

“... Christ Jesus: Who, being in very nature God, did not consider equality with God something to be used to His own advantage; rather, He made Himself nothing by taking the very nature of a servant, being made in human likeness. And being found in appearance as a man, He humbled Himself by becoming obedient to death—even death on a cross!” Phillipians 2:5-8

And why did God do such a thing? Because His humility is bound up inexorably with His love. It is impossible to truly love unless you are humble, for true love requires sacrifice. Jesus “humbled” Himself and became a man. He “stooped” to take on flesh that He might save us. This was not contrary to His nature, but it was in conformance with His nature. Just because God is all-powerful and sovereign does not mean that He is not humble in heart.

When the Scripture calls us to be holy, it is because God is holy.

When it calls us to be perfect, it is because He is perfect.

And, it is why in Psalm 51 we read that God is not interested in the sacrifice of bulls and goats, but "... a broken spirit; a broken and contrite heart, O God, you will not despise.”

There is no room in the heart of God’s people for pride and arrogance. There is no room for haughtiness or lack of love. If we are the children of God, we should be characterized by humility. Not a mousy, no-spine kind of thing, but a strong, courageous willingness to “stoop”, to sacrifice, to become engaged with the lowliest of God’s creatures.

The Philippians passage begins with these words:

“In your relationships with one another, have the same mindset as Christ Jesus…”

And then it describes His willingness to “stoop”, to sacrifice, for the good of another.

God is opposed to the proud, but He gives grace to the humble. James 4:6

Verses to ponder throughout this week:

Have this mind among yourselves, which is yours in Christ Jesus, who, though he was in the form of God, did not count equality with God a thing to be grasped, but emptied himself, by taking the form of a servant, being born in the likeness of men. And being found in human form, he humbled himself by becoming obedient to the point of death, even death on a cross. Philippians 2:5-8

But we do see Him who was made for a little while lower than the angels, namely, Jesus, because of the suffering of death crowned with glory and honor, so that by the grace of God He might taste death for everyone. Hebrews 2:9

Rejoice greatly, O daughter of Zion! Shout in triumph, O daughter of Jerusalem! Behold, your king is coming to you; He is just and endowed with salvation, Humble, and mounted on a donkey, Even on a colt, the foal of a donkey. Zechariah 9:9

Take my yoke upon you and learn from me, for I am gentle and humble in heart, and you will find rest for your souls. Matthew 11:29

Who is like the Lord our God, the One who sits enthroned on high, who stoops down to look on the heavens and the earth? He raises the poor from the dust and lifts the needy from the ash heap; Psalm 113:5-6

Though the Lord is exalted, he looks kindly on the lowly; though lofty, he sees them from afar. Psalm 138:6

For this is what the high and exalted One says—he who lives forever, whose name is holy:
I live in a high and holy place, but also with the one who is contrite and lowly in spirit, to revive the spirit of the lowly and to revive the heart of the contrite. Isaiah 57:15

These are the ones I look on with favor: those who are humble and contrite in spirit, and who tremble at my word. Isaiah 66:2

God opposes the proud but gives grace to the humble. James 4:6

“You do not delight in sacrifice, or I would bring it; you do not take pleasure in burnt offerings. The sacrifices of God are a broken spirit; a broken and contrite heart, O God, you will not despise.” Psalm 51:16-17

I suppose this attribute of God is one of the most rejected in our culture, for a people who have self-asce...

The word “deliverer” in the context of God’s nature is one that conveys His desire and pr...

In May of 1588, King Philip II dispatched the 130-ship “Invincible Armada” to invade England an...